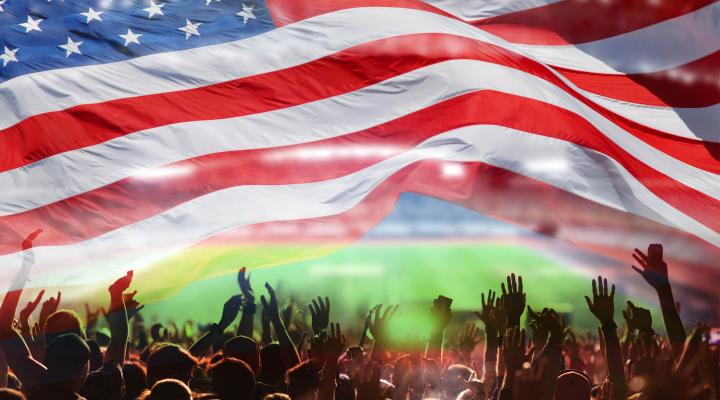 Thanks to the abundance of ex-pats and tourists from all over the world, Spain often feels like a wonderful multicultural melting pot. The nation is the second most visited in the world, with only France receiving more foreign visitors each year. In 2019, a record 83.7 million tourists visited Spain, and it is hoped that now pandemic restrictions are lifted, Spain will beat that record again.

As well as welcoming huge numbers of tourists each year, Spain is also the EU country with the largest ex pat population. There are around 6 million foreign residents currently residing in Spain. The largest percentage of those ex-pats are Britons, but Spain also attracts a huge number of ex-pats from America. A mixture of Spain’s great climate and rich culture is part of its allure, and many ex-pats are also reassured by the large number of other ex-pats from their home country that they can build a community with.  According to a study by American insurance company Home Shield based on Google searches, Spain is the second most popular country for US nationals to move to. Here’s everything you need to know:

What is the Most Popular Country for American Ex-Pats?

Perhaps unsurprisingly, the most popular destination for American ex pats is Canada. The two countries share a border and a language. Their cultures are also similar, making this a very straightforward and relatively uncomplicated move for Americans to make.

Which States Are Most Interested in Moving to America?

With Texas, California and Florida boasting more Spanish speakers than any other American State, this should come as no surprise: a shared language is always a valuable tool when looking to move overseas. Other states where relocation searches were popular included Georgia, Arkansas, New Hampshire and North Dakota.

How Many Americans Currently Live in Spain?

Whilst Spain is the second-most popular search location for prospective ex-pats, it is also already a popular location for Americans living overseas. Spain is the European country with the most American residents, and this population swelled by an additional 13% between 2019 and 2021. There are currently 39,812 US nationals living in Spain.

Why is Spain So Popular with American Ex-Pats?

Firstly, Spanish is the most popular second language in the US, with many Americans learning to speak Spanish in school. Secondly, the current strong dollar against the euro is also likely to be influencing why Spain is so high on the list. Many American tourists visited Spain this summer for this reason: because it was a good value time to visit! In June 2022, more than 377,000 American citizens visited Spain, which represents an 86.9 percent rise when compared to the same month in the last pre-pandemic year of 2019. Obviously, the figures in 2020-2022 were considerably lower, so this pandemic blip shouldn’t be taken into consideration.

The most popular location in Spain for American ex-pats is the capital city of Madrid. This is unusual, as so many European ex-pats moving to the country gravitate to Spain’s coastal regions.  According to the latest data from the INE which was released in 2021, there were a total of 11,717 Americans living in the region of Madrid. The next most popular locations for American ex pats were Catalonia with 8,802 US citizens and then Andalusia with 6,658.

Do Americans Need a Visa to Move to Spain?

In short, yes. But the good news is that there are many different ways that Americans can secure the visa they need to live in the country. The most popular visa for American ex pats is the Non-lucrative visa. This visa will not allow you to work during your time in Spain, and to secure it you must prove that you have a total of €27,792 ($31,390) for one year, an amount which rises if you include other family members. This must either be money from savings or another form of passive income (such as a pension). Alternatively, if you invest at least 500,000 euros in property in Spain then you will be eligible for the golden visa, which will grant you residency in the country.

If you wish to either start your own business or work remotely during your time in Spain then the country has also recently introduced a digital nomad visa which American ex pats can apply for from 2023. This is part of Spain’s new Start Up Laws and will make it much easier to live and work in Spain.

Are you thinking of living and working in Spain? Whether you’re hoping to buy or rent a property in Spain, our local property experts are perfectly placed to decode the process for you, and help you find the home of your dreams. Get in touch today to find out more about how we can help you.