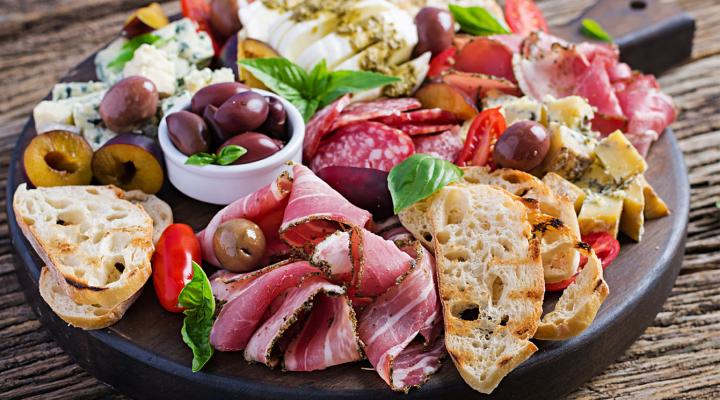 Here’s everything you need to know about traditional Spanish Christmas foods that will delight your taste buds throughout the whole holiday season:

Seafood is an incredibly popular dish in Spain throughout the year, but particularly at Christmas. In fact, seafood is often served as the main course on Christmas day (rather than the traditional turkey you might enjoy in the UK). This could be any seafood either in large scale or served tapas style, but lobster and prawns are particularly popular options. Other seafood dishes you might find yourself presented with are spicy fish soup, or langoustines.

Not a fan of seafood? Don't worry, there are plenty of other traditional savoury options! Cochinillo is a roast suckling pig, and is an incredibly popular Christmas dinner dish around the region of Castilla y León, although there is no reason you can’t enjoy this delicacy anywhere in Spain. The piglet is traditionally served on a simple bed of onions and potatoes, and is roasted until the skin becomes crispy and brown.

Another popular roasted dish is roasted milk-fed lamb, which can be enjoyed on either Christmas Day or Christmas Eve. The cooking technique lends the meat a particularly tender texture and means that it can take centre stage, being served with very simple side dishes.

It wouldn’t be Christmas without a glass of something bubbly, but very people in Spain will pop open a bottle of Champagne over the festive season. Instead, the most popular sparkling wine that is enjoyed in abundance in Spain is Cava: a light and sparkling white wine which compliments both roasted meats and seafood.

The best Cava can be found in the region of Catalonia, and there are several vineyards that you can visit to buy your wine directly from the source, if you want to inject a personal touch into your Christmas table.

The Roscón de Reyes is a beautiful cake packed full of colour and flavour. In simple terms, it is the Spanish version of a Christmas cake, and you will find these in every bakery and supermarket across Spain during December. It is a sweet bread shaped into a ring or wreath, and then decorated with candied fruit: some versions are filled with sweet whipped cream.

You can enjoy this cake at any point during the Christmas period, but it is traditionally eaten at the Feast of Epiphany on January 6, also known as Three Kings’ Day. This day is celebrated just as much, if not more, than Christmas Day in Spain. This is the day on which children receive their presents from the kings, rather than from Santa Claus on December 25th as in the UK.

When it comes to Christmas sweets, you can forget your tin of Quality Street and instead get tucked in to some traditional Spanish marzipan sweets (known as marzapan in Spain).  These are the most popular Christmas sweets in Spain, and are made from ground almond, which is that molded into a variety of festive shapes. You will find these sugary delicacies all over Spain, but the best versions are found in the small historic town of Toledo, just south of Madrid.

Galets may not look particularly festive, but this Spanish Christmas soup is so delicious that you’ll want to eat it all-year round. Not sure what Galets soup is? Well, they are oversized pasta shells which are then stuffed with mince meat and other rich flavours, before being served in a water-based meaty soup. This is dish that is especially popular in the Catalan region, but it is typically enjoyed across Spain during the Christmas period, and is well worth exploring, particularly if you’re looking for a starter that is a little bit different.

Finally, if Galets don’t take your fancy then another appetizer option that you might enjoy is Entremeses: this is an appetizer plate that looks very similar to a traditional Spanish charcuterie, but contains a wider range of delicacies than you might usually enjoy, to inject an air of decadence to the dish. Entremeses are typically served before the Christmas meal on either Christmas Eve or Christmas Day (and sometimes both). You’ll usually find typical charcuterie meats  such as ham, chorizo, morcilla (black pudding) as well as local cheeses, such as Manchego. It’s a great choice if you’re looking for something easy to prepare in advance.

Are you thinking of moving to Spain, so that you can spend next Christmas indulging in these delicious delicacies? Why not get in touch with our local property experts, who are perfectly placed to help you turn your dreams of Spanish home ownership into a reality.