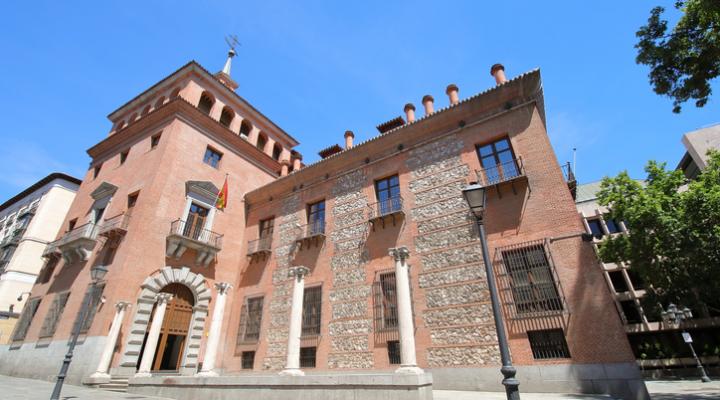 Whilst Halloween celebrations may not be as grand of elabourate in Spain as they are in other parts of the world, spooky season is still upon us, so before we start thinking about all things festive, why not plan a visit to one of the most haunted places in Spain? Spain is home to a host of spooky spots that are reported sites of paranormal activity. So, if you’re looking for a big scare, these are the places to be:

This large building was constructed in the 19th century as a luxury hotel, hence its attractive façade. However, at the end of the Spanish Civil War it was repurposed as a sanatorium for children with tuberculosis. Now the abandoned building is purported to boast an abundance of paranormal activity, with the ghosts of the children that died here roaming the halls. According to local rumours, the staff that worked here also practiced black magic in the buildings church. You can find the preventorio de Aigues in the municipality of Aguas de Busot.

Parador hotels are state run hotels based in buildings of historical importance. You will find Parador hotels in buildings such as castles, mansions and former hospitals. But one of these Paradors is considered to be haunted: the El Parador de Cardona in Catalonia. Located just an hour away from Barcelona, this hotel is based in a huge castle that was once a fortress. The building dominates the skyline, but it is more famous for its paranormal activity than for its spectacular views. During the Middle Ages, the castle was the site of a prison and torture centre. It is reported that the spirits of former prisoners walk the halls here, and much of this paranormal activity focuses on room 712. For this reason, hotel managers never rent our room 712 to guests unless they specifically ask to stay there: Are you brave enough to give it a try?

Airports aren’t traditionally considered to be spooky or haunted places. But Los Rodeos airport in Tenerife was the site of a tragic accident, and has been a hotbed of paranormal activity since. On March 27th, 1977, two airplanes crashed into each other at Los Rodeos Airport resulting in at least 583 deaths, including one small girl who was reported missing but whose body was never found. Since the accident, soldiers based at Garita sur, a military barracks close by, have reported seeing the ghost of a small girl walking at night. Could this be the missing girl haunting the area?

La Casa de las Siete Chimeneas translates to mean the House of the Seven Chimneys, and it is the building in which the Spanish Ministry of Culture is based. But this building is famous for much more than simply being a government building: it is said to be haunted by several ghosts. The ghostly figure of a woman is often spotted above the chimneys, and when the building was renovated in the 19th century the bones of a woman were found in its basement. It is thought these were the bones of Elena, the mistress of King Philip II. Elena was married off to a Captain Zapata before rumours about the affair could circulate. Shortly after the wedding, however, Zapata was killed in battle in Flanders and then after giving birth to their daughter, Elena died too. Rumours circulate that stab wounds were found on her body when she died, and that she was murdered to silence rumours that her daughter was fathered by her king rather than her husband.

Looking for something bigger than a haunted hotel or a haunted castle? Belchite is a whole haunted ghost town! Located to the south of Zaragoza, this town was completely destroyed in 1937, during the Spanish Civil War, and has never been rebuilt. The ruins of the town were left because Franco wanted them to serve as a reminder to people that he had the power to punish. Whilst the town is uninhabited, visitors claim it has some otherworldly residents, with many of the houses, the church and the school thought to be haunted.

Located just off La Rambla in Barcelona, this famous food market was built over the ruins of a monastery. The original monastery was burnt to the ground, and the monks inside were killed.  Legend says that on the anniversary of the fire each year on the night of July 25th, you can still hear the ghostly voices of the monks singing throughout the market.

Our final haunted location is an old military fortress that was  built during the reign of Alfonso XII to defend the city against attacks. Whilst this was the reason it was built, the main use for the building was as a military prison. The prisoners here were kept in horrible conditions, and in 1938 over 700 prisoners staged a desperate escape attempt: 300 of those prisoners died. Since this incident, paranormal activity has been experienced at the site, and it is thought that these are the ghosts of those that died during the escape attempt.