Payment Limits Lowered on Cash and Card in Spain: The New Rules Explained 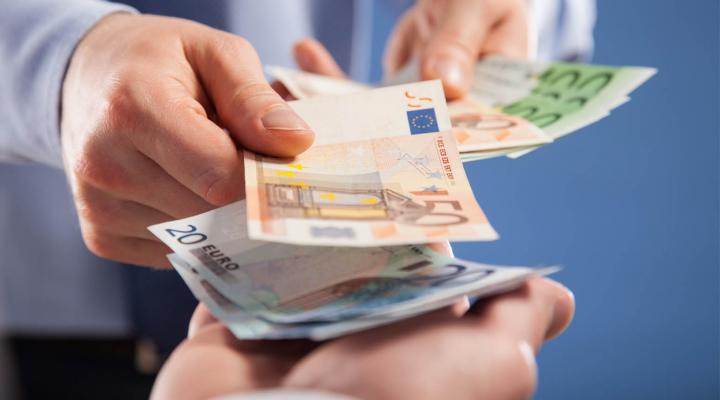 The advantages of cash payment are often discussed, particularly when you’re travelling overseas or in small or rural destinations. But new anti-fraud laws introduced by the Spanish government in Spain mean that the payments you can make in cash in Spain have now been lowered. It used to be that you could make payments of up to €2,500 in cash in the county, but now you can only make payments of up to €1,000 in cash in Spain. Here’s everything you need to know about these new laws, and how they will affect you if you’re living in Spain:

What Are the New Cash Payment Rules in Spain?

The new cash payment rules are an anti-fraud device, and form a part of the Spanish governments new Anti-Fraud Laws, which have been introduced this year. These laws will reduce the maximum cash payment that individuals can make from 2,500 euros to 1,000 euros. This means that if you want to make a payment for anything that is over €1,000 then you would have to use your card to make payment, meaning that it will be important to have both cash and card in Spain if and when you need to make large payments.

The official bulletin announcing this change states that: “Operations in which any of the intervening parties act as an entrepreneur or professional, with an amount equal to or greater than €1,000 or its equivalent in a foreign currency, cannot be paid in cash.”

There are, however, exceptions to this rule, which largely applies to payments made from and to shops, professional bodies and organizations. The payment limit for individuals who live in Spain giving funds to other individuals remains €2,500, meaning that if you are giving money to a friend for whatever reason then the rules have not changed for you. And if you are a tourist visiting Spain on a short-term basis? Then the same €10,000 limit on Cash receipts and cash payments remains in place, meaning that little will change for tourists visiting Spain at this point.

So Who Will Be Affected By the New Rules About Cash Receipts and Cash Payments?

The whole point of the new legislation is to prevent money laundering, and to make it more difficult for individuals to work without declaring their income: ‘cash in hand’ work, which is already illegal in Spain, should become a thing of the past. The legislation is not aimed at tourists, or at individuals in Spain, but instead at the self-employed and small businesses, to make it harder for them to not declare any cash payments that they receive. The new legislation should make it easier for the Hacienda to understand what money is being earnt, coming into the economy, and keep this information out in the open.

If you breach these new rules, and accept cash receipts and cash payments that are larger than 1,000 euros then you will be subject to hefty fines. Ensuring that you stick to these limits should now be considered in the advantages and disadvantages of cash payment. The Spanish government is taking these new rules very seriously, and they are taking any breach of these rules seriously too. If you take or receive payments of greater than 1,000 euros then you will be subject to a 25% penalty of the payment received. If either of the two parties denounces this they will not be subjected to the penalty fine, and if you fine is paid immediately a 50 percent reduction will be offered.

From the tourism point of view, the limit on cash receipts and cash payments in Spain is just the same as in the rest of the EU. Since 3rd June 2021, the EU introduced a rule that anyone bringing or taking more than €10,000 in cash into or out of the EU would have to declare it. The cash limit also includes gold coins or any other gold products to an equivalent value. According to Mairead McGuinness, the EU Commissioner for Financial Services, this limit was chosen because it is considered “high enough not to call into question the euro as legal tender or affect financial inclusion” and “low enough to make it harder for criminals to launder large sums of cash”.

At present there is no EU-wide limit on cash payments: rather it is up to each individual country to set their own limits. When compared to other EU countries, Spain has one of the lowest cash payment rates, but the model is not unique. Similar cash payments limits are in place across a variety of EU countries including:

Are you thinking of moving to Spain? Would you like to become a Spanish citizen, and dream of owning property in the country? Then why not get in touch with Right Casa, expert real estate agents based on the Costa Del Sol, who have years of experience in helping house hunters just like you to find the property of their dreams.