Top Tips for Dealing with Squatters in Spain 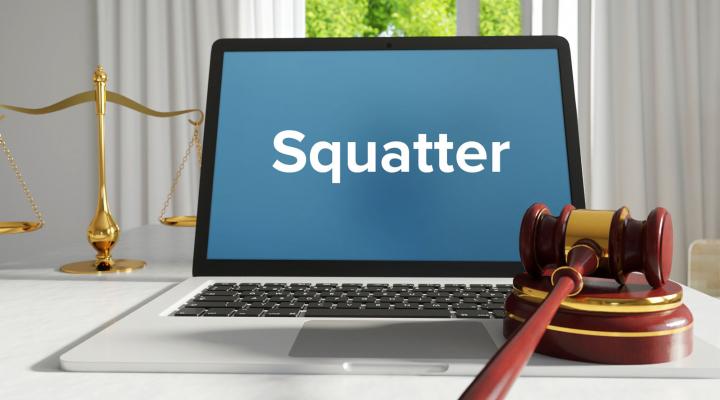 Squatters (known locally as ‘Okupas’) are a huge problem in Spain, and a blight to legitimate Spanish property owners. If you own, or are thinking of owning, a second home in Spain then you could be at greater risk of your home being illegally occupied by squatters because it is being left vacant for extended periods of time.

Though poorly dealt with by the Spanish authorities, it is important to remember that squatting is not a victimless crime, and it can be hugely stressful for the property owners affected. With that in mind, here’s everything you need to know about the squatting problem in Spain, and some top tips to help you avoid falling victim to it:

Squatting is a Rising Problem in Spain

The number of properties that were illegally occupied in Spain increased by 2.7% between 2019 and 2020 rising to 14,675 victim reports across the year. This is a whopping increase of 40% between the years of 2015 and 2019, showing that ‘okupas’ is a very recent issue in the country. The real number of occupied homes in Spain? Noone knows for sure, as statistics only focus on reported cases, and cases that make it to court.

The regions where squatting is officially considered to be the biggest problem are Catalonia, where 6.647 complaints were made in 2020, and Andalusia, where 2,372 complaints were made in 2020. The main reason why there are so many squatters in Spain is surprisingly simple: because there are so many empty properties. With 3.4 million homes empty in Spain (or at least partially empty as they are holiday homes) the opportunity is there for squatters to take advantage. This issue has only been further exacerbated by the travel restrictions of the pandemic, which meant partially occupied homes were left empty for even longer.

It’s also important to note that squatters in Spain have more rights than you might expect: certainly, more than in any other European country, which makes the process of removing them much harder. Squatting is a very divisive issue in Spain: whilst many consider it a criminal act, others are more sympathetic, viewing it as the fault of the government and the housing crisis they have created which makes it impossible for young Spanish people to legitimately get onto the property ladder.

Protecting Your Home from Squatters

The best way to deal with squatters in Spain is to take steps to prevent them from having access to your property in the first place. Some of the following steps are the best way to ensure that squatters will be unable to target your home:

What Should I Do If a Squatter Enters my Home?

Squatters in Spain have considerably more rights than in any other country, so if you follow the advice outlined above and squatters still enter your home then it is essential that you act quickly: what happens in the first 48 hours after occupation will be key to how easy the situation is to resolve. If squatters occupy your home and are unchallenged for 48 hours then they have legal rights, and challenging their occupation will become expensive and time consuming. Within 48 hours, the police will act quickly in helping to evict the squatters, and often they will not require a warrant to do so.

Squatters in Spain move quickly: once they have entered a property they will move in their own belongings and change the locks. This creates the appearance that they live in the property and they are then afforded squatters rights, making the legal process to remove them a frustratingly time-consuming one. You are even legally required to continue paying all utility bills at the property for your squatters: refusing to do so could actually result in you being reported to the police for intimidation and coercion.

To remove the squatters you need to file an eviction claim with the courts, and both you and the squatters will be expected to appear in court on the date that is set: note that it is unlikely that the squatters will choose to attend. They don’t need to attend for the proceedings to continue, however, and only when the judge rules in your favour can the squatter be forcibly evicted by the police. This process tends to be faster if your primary home or main residence has been occupied, but the process takes much longer in the case of holiday homes or second residences. The average case can take between 9 and 18 months to resolve.

What Else Can I Do?

If the process of legally removing your squatters seems too time consuming and complicated then there are alternatives. You could try to evict the squatters yourself by monitoring their activities and then hiring the services of a locksmith to change the locks when you know they will be out of the house. Alternatively, you could inform the police that there are burglars in your house rather than squatters, as the police will be more likely to act quickly in the event of a robbery.

Finally, you could employ the services of an anti-squatting agency. These agencies work within the limits of the Spanish legal service to deal with squatters in a variety of different ways. These range from strong armed intimidation to financial negotiation, ensuring that the squatters vacate your property as quickly as possible.

Are you currently looking for your dream Spanish villa or apartment on the Costa Del Sol? The team at Right Casa real estate agency is perfectly placed to offer all of the help and support you need. Why not get in touch today?