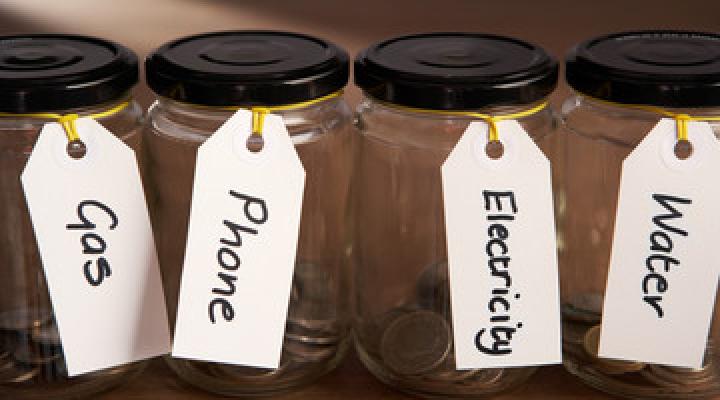 As soon as you have bought or started to rent a property, you should organise the meter to be read and recorded, as well as any contracts to be re-registered in your name – sometimes it is very difficult to register rental property utilities in the tenant´s name, so consult with your landlord.


Check that all utility bills have been paid by previous tenant or owner. Legally you are only responsible for debts incurred after you have taken ownership. However, explaining this to a utility company chasing a debt can be difficult – they may simply cut the supply off. Provide utility companies with a title deed or rental contract to clarify that you are the new occupant.

Usually, you will have to visit the company´s office with your contract, although some companies allow you to do this online.  You will usually have to give some form of identification such as your name and identity / passport number. Your reference number for electricity companies is usually at the top left-hand corner under Contrato de Suministro No.

If you visit the utility company’s office, you must take some identification (passport or residence permit) and the contract and bills paid by the previous owner. The registration procedure for water connection is sometimes via the local town hall. If you’ve purchased a home in Spain, the estate agent may arrange for the utilities to be transferred to your name or go with you to the offices (no charge should be made for this service).

Registering for water connection is sometimes done at the local town hall.  If you have purchased a house in Spain, many estate agents will offer to help with this by arranging for the name to be changed, or they will offer to accompany you to the town hall.

Non-residents should also give their foreign contact details, in case of issues with your bank, or other problems with your bill.

The main electricity companies in Spain include Grupo Endesa (the largest), Iberdrola, Union Fenosa and Hidrocantábrico. Like many other countries, the energy market has been completely opened up, allowing customers to choose which supplier they use – however in practice Endesa is still the main supplier (902-509 509, www.endesaonline.com) provides electricity under the following names:

Spanish electricity is one of the most expensive in Europe, with some prices rising 60% between 2006 and 2012.  Further rises are expected with one reason being companies having to pay the cost of keeping to the limits of emission of gases under the Kyoto agreement. Charges will depend on your local electricity company (the rates shown in the example below are those charged by Sevillana Endesa in Andalusia).

Your tariff depends on your power rating – which for domestic users with a power rating of up to 15kW is 2.0 (above 15kW it’s 3.0). There is also a standing charge which will be applied whether you use any electricity or not during your billing period.

It is possible to make substantial savings on your electricity, by switching to a night tariff (or tarifa nocturna, 2.0N) and running high consumption appliances purely at night, such as storage heaters, water heaters, dishwashers and washing machines – using a timer to control when they are active. This can save consumers 53.3% (between 11pm and 7am) but adds 2.7 % to their usage during the day. Night hours in the summer start at midnight and run until 8am.

Some companies allow their customers to pay a monthly set amount (cuota fija) irrespective of consumption. At the end of the year the correct consumption is measured, and depending on this, money is paid or returned.

Most electricity companies bill every two months – after meters have been read.  Many companies make an estimate of your bill.  For this reason, it is important you learn how to read your meter – as estimates can be drastically different!

Authorisation is needed from the proper authorities to cut your supply off.  This takes the form of a registered letter from the Ministry of Industry and Energy. The letter will state when supply is due to be cut off if payment is not made. Disputes should be taken up with Servicio Territorial de Ministerio de Industria y Energía; if your complaint is founded your electricity company will be refused permission to cut your supply.  There is usually a charge to have your supply re-connected ( reenganche).

Unlike the UK mains gas is only available in major cities.  Although piping from North Africa (Algeria and Libya) should make mains supply more common.

Gas companies usually bill every two months. Like Electricity, the best way to pay your bill is by direct debit. In many areas, bottled gas is used, and costs less than half the amount of most European countries. You can have a combined gas hot-water and heating system (providing background heat) installed, which is relatively inexpensive to install and cheap to run.

Most areas of Spain, have gas bottles (bombonas) delivered by Repsol Butano, for which a contract is required.  Usually, you pay a deposit of around €25 and exchange 12.5kg bottle costs around €12.50 (the price fluctuates frequently) when delivered to your home or less if purchased directly from a Butano depot. Usually a safety inspection is made of the property.  A bottle for cooking lasts between six to eight weeks.  Many people also simply exchange their gas bottles at the local garage – many sell these bottles.

Appliances are legally required to be inspected every 5 years. Repsol Butano will carry out this task if you have a contract with them. Be wary of third party insurance distributors, who try to sell various packages – this isn´t necessary, and is a waste of money.  Also, be wary of bogus representatives who want to enter your home to inspect appliances – they can be criminals who simply want to enter your home.  Genuine inspections will usually be notified well in advance.

Sometimes these inspectors are legitimate companies, but their fees for replacing tubing and regulators are usually extortionate, and don´t need replacement. If you wish you can let them make an inspection and give you an estimate (presupuesto) for any work that needs doing, but don’t let them do any work or pay any money before checking with your local Repsol Butano distributor. Incidentally, plastic tubes have an expiry date printed on them and you can buy them from a hardware store (ferretería) and change them yourself.

During times of extreme water shortage, local councils may restrict water consumption, or cut off supplies completely for several days. Extreme restrictions can limit households to as little as three cubic metres (m3) per month, which is sufficient for around 10 baths or 20 showers.

Many developments have electric pumps, which is a problem if electricity is cut off, as it also means you water supply is! Many houses and apartments have the tap to turn water off on the outside of the property. Check this first if your water suddenly goes off.  In some areas, developments can be supplied water by tanker (epósito), and so don´t have a mains supply at all. If you have a storage tank, water is pumped into it and you’re charged by the litre plus a delivery charge

Quality Of Water In Spain

Many people prefer to drink bottled water. This is because, although safe to drink, it can be of poor quality, full of chemicals and taste awful.  Some water in rural areas is extracted from mountain springs, and can taste excellent, although it might not be subject to the same tests as water in urban areas.  Some rural areas can also be contaminated by fertilisers and nitrates used in farming.  If in doubt, there are several ways to have your water analysed.

Some areas can have hard water with high concentrations of calcium and magnesium.  Water is very hard (muy dura) in the east, hard (dura) in the north and most of the south, and soft in the north-west (e.g. Galicia), and central and western regions.  Water softeners are available, and can be installed to prevent build up of scale in water heaters and pipes. It’s necessary to have a separate drinking water supply if you have a water softener installed in your home.

Many modern detached houses and villas have storage tanks – and they can considerably reduce your water costs by collecting and storing rainwater.  Tanks can be installed underground, or on the roof.  Underground tanks obviously require a pump. Large tanks can last a family of four for around a week or longer. Modern units also recycle water from baths, showers and washing machines to flush toilets of water the garden.

Cost Of Water in Spain

Water is usually controlled by local municipalities – many of which have their own wells and reservoirs.  However, in some municipalities, water distribution has been tendered out to private companies. Initial connection costs for a new home can range from 75€ to 500€ or even 1500€ if you live in a particularly isolated area.

Many municipalities charge a quarterly charge of a monthly charge for a minimum consumption (canon de consumo), e.g. 14 cubic metres a month or €10 a month plus VAT at 7 per cent, even if no water is consumed.

Water costs have risen dramatically as a result of several droughts in recent years – rising up to 300% or more. The cost varies considerably from an average of around e1 per m3 on the mainland to between €1.50 and €2.50 per m3 in the Canaries and some parts of the Balearics.  Some areas have a low standard charge but can become incredibly expensive over a certain usage amount. Many municipalities levy a standing charge, which is usually for a minimum amount of water per quarter or month, e.g. 45m3 a quarter or 15m3 a month, whether any water is used or not (which hits non-residents hardest).

Sometimes holiday homeowners are charged higher rates than permanent residents. In some developments, water charges are included in the community fees. Water bills usually include sewerage and may also include rubbish collection, e.g. when a city provides all services, in which case the cost of rubbish collection may be calculated on how much water you use.

There’s also a rental charge for the water meter, e.g. around e4 per quarter. Always check your water bill carefully, as overcharging on bills is rife. Sometimes water company meters show a huge disparity (increase!) in consumption compared with a privately installed meter and when confronted with the evidence water companies often refuse to reply!

You generally have to pay a hire charge for the water meter.  It´s important to check your water meter and bill regularly, as many of these meters give vastly inaccurate usage indications.

Many people install ´water savers´ which infuse air into the water, which dramatically reduces consumption levels.

The cost of fitting a water saver is only around €40, which can reportedly be recouped in six months through lower bills.

Water savers can be purchased from El Corte Inglés and Hipercor stores, hypermarkets and DIY stores.

Bills are sent out quarterly.  Water can be cut off in Spain, and if you don´t pay your bill on time you will receive ‘enforced collection’ (recaudación ejecutiva) letter demanding payment of your bill (plus a surcharge). If you don’t pay your bill your water supply can be cut off. If your supply is cut, you must pay a reconnection fee, e.g. €40, plus any outstanding bills.