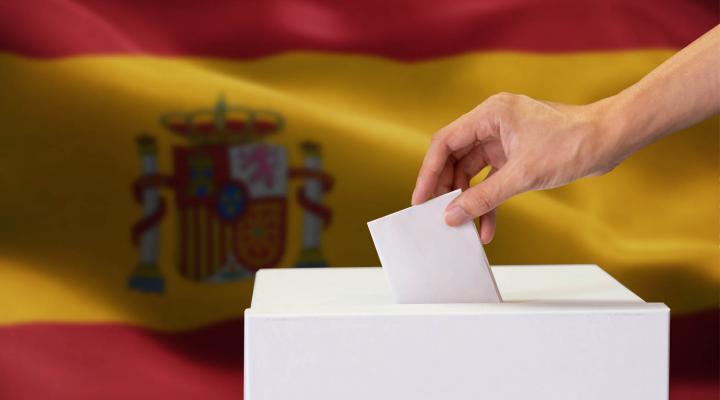 Spain is fast approaching its next general election and in around 12 months' time, Spanish citizens will take to the polls to vote in their new leader. But will it be existing president Pedro Sanchez who remains in office, or will Spain’s centre right Partido Popular (PP), led by Alberto Feijoo, return to power? Here’s everything you need to know about the upcoming elections in Spain, who is currently ahead in the polls, and how this might impact you:

What Do the Political Forecasters Predict?

In the last twelve months, political pundits in Spain have forecast that PP will return to government during the next election. This is because Sanchez and his ruling Socialist party (PSOE) would be cast aside at the ball have experienced some almost insurmountable challenges during their time in office including, but not limited to, the coronavirus crisis, the energy crisis, and the war in Ukraine and the subsequent impact this has had on cost of living in Spain.

Political forecasters in Spain weren’t asking whether Feijoo would win the next election, but by how much he would win: Would PP secure a firm majority in the polls, or would they need to the support of the far-right Vox party to get them over the line? This would not be an unprecedented alliance, as in Castilla y Leon the two parties have worked together to secure power at a regional level.

The rise in the fortunes of PP have also been bolstered by their leader, the Galician Senator Alberto Núñez Feijóo, who is calm, moderate and well-liked in Spain. Many voters consider him to be a ‘safe pair of hands’. From the point of view of those most vocal political pundits in Spain, next year’s election was a sure think and PP, lead by Feijoo, would take power in the country.

What Do the Current Polls Predict?

However, politics is often littered with surprises, and the pundits don’t always get things right. According to the most recent opinion polls, which were released this week, the election results are not so clear cut. Sánchez’s PSOE has cut PP’s most recent lead in half – going from 7.1 percent behind in the polls to just 3.2 percent behind. Is this evidence that Sanchez’s policies are increasingly popular, or is the initial Feijoo effect wearing off?  What this does demonstrate is that next year’s election is likely to be more interesting, and more unexpected, than we might previously have thought. Another poll, which was carried out on behalf of the El Pais newspaper, found that if PP continue to lead the vote at their current rate, they would win an estimated 127 seats (29.9 percent of the vote) whilst PSOE would win just 107 seats if the election was held today. But PP’s lead is shrinking, and it is this shrinkage that makes the results of the election so unpredictable.

What Role will Vox in a Newly Formed Government?

As we have already mentioned above, it is likely that if PP do win the election, they will be dependent on Vox to secure a majority. No polls have forecast them securing a majority independently. This means that we could see a PP and Vox coalition government, but it’s important to note that even though PP are losing points in the polls, they are not losing those points to Vox, who remain fairly static. In fact, if elections were held today, poll predictions suggest that Vox would lose 13 of its 52 deputies in parliament, continuing a six month downward trend for the party.

Do Voters Prefer Sanchez or Feijoo?

Global politics has become an increasingly personality-led system, with voters increasingly choosing the leader they like best rather than focusing on their party or their political policies. This is considered an Americanised political approach and is known as the ‘cult of personality’. But how will this impact the elections in Spain? Do voters prefer Sanchez or Feijoo?

At first, voters were drawn to Feijoo, and his calm and moderate approach to politics, leading to the so-called ‘Feijoo effect’. But in recent months this effect has been dying off: familiarity often breeds contempt for voters who are drawn to the next new thing. Right now, Sánchez and Feijóo are pretty much neck and neck when it comes to personal ratings, with both receiving a 19% approval rating, according to El Pais. In another enlightening poll, the SocioMétrica poll for El Español found that 28.4 percent of respondents preferred Feijóo, among all leaders, compared to 24.6 percent for Sánchez.

As Feijoo has slipped in the polls, Sanchez has recovered his image. With a full 12 months to go before the next election, only time will tell what impact this will have on voters.

Living and working in Spain is a lifelong dream for many. Are you in the process of moving to Spain or looking to make the right move to Spain for you? If you’re looking for estate agents in Southern Spain then why not get in touch ? Our locally based property experts are a font of local knowledge, and are perfectly placed to help you find the home of your dreams.