A Comprehensive Guide to the Cost of Living : Spain vs UK 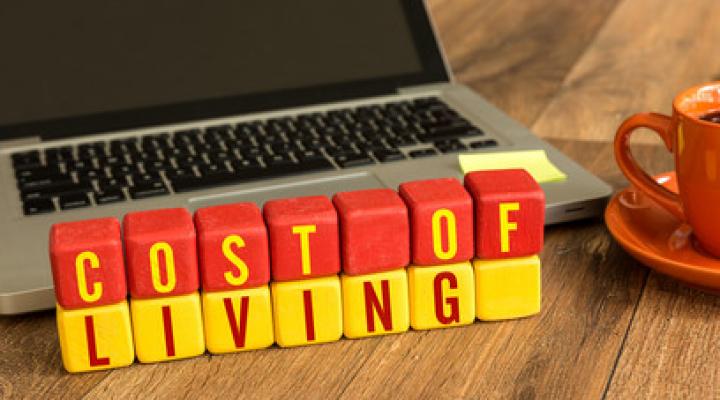 Are you in the U.K. but dreaming of life under the Spanish sun?

If so, you're not alone. Recent research reveals that 784,000 British citizens live in the EU, with 69% of them residing in Spain, France or Germany.

While more than half leave for work-related purposes, others get wanderlust and want to retire in a new area, or spend time with family.

There are myriad reasons for making the move to Spain, ranging from the sunny climate and laidback lifestyle to the great healthcare system. Another factor tipping the scales towards Spain in the vs UK debate? The cost of living!

Today, we're breaking down the differences between the two countries when it comes to financial freedom so you can make an informed decision before your next move.

If you're moving to Spain from the UK for work, you want to understand the differences between salary figures.

While you may jump at the chance to earn a higher paycheck or commission, double check those numbers again.

After you take out taxes, the average median disposable salary in the UK is 58.13% higher than in Spain. Thus, though your number might appear higher for this particular position, consider how much more you could be making if you stayed put.

Differences in Food and Dining

In general, it's cheaper to wine and dine in Spain.

How much so? A meal at a lowkey, inexpensive restaurant there will set you back about £8.56. On the contrary, the same meal will cost you around £10 in the UK.

Want something a little more upscale? Indulging in a three-course meal at a mid-level eatery in Spain costs around £34.25. In the UK, you'll pay £40 for the same fare.

Want a real look at the price differences at play here? Consider the price of a single, regular cappuccino in both places. You'll pay £1.28 in Spain. In the UK, the same drink will run you £2.30.

Think you'll do better and save money if you shop for your groceries at the supermarket and prepare meals at home, rather than eating out? Not quite.

If you stay in the UK, the only food item that will lower is local cheese. Even the most basic of items, such as a gallon of milk, is cheaper in Spain. You'll pay £0.69 there and £0.95 in the UK.

Even water is cheaper in Spain, averaging around £0.43 there. This is compared to the £1 you'll pay in the UK.

Of course, a comparison of the cost of living in Spain compared to the UK must include a look at each country's property prices.

Whether you intend to hole up in a studio apartment or buy a sprawling mansion, you'll get out for cheaper by moving to Spain. You may also work with a real estate agent there and decide to enter into a rent-to-buy contract, which can offer even greater savings potential.

The key factor here is the location.

If you want to be in the heart of the action and live in a three-bedroom apartment in the city centre, you'll get out a little lower in the UK, where prices are 2.69% cheaper than in Spain.

Once you wander outside of the city centre, though, prices drop significantly. In Spain, the same apartment will go for 16.77% less if it's located on the outskirts. These comparisons reflect differences in prices per square meter.

Maybe you're still getting your feet wet in your new job and want to rent a property until your family can join you in Spain. Or, perhaps you're a single looking to save some money and live on less.

Either way, it's helpful to understand the differences in rental prices between the two locations.

If you're looking at a per-month basis, it's wise to stick with Spain. There, you'll pay an average of £428.18 each month for a one-bedroom apartment. The same square footage costs £650 in the UK.

Are you willing to expand your search to properties that lie a little outside of the nucleus of the city? If so, you'll gain additional savings. Compared to £550 in the UK. a one-bedroom apartment a few miles from the city centre in Spain will cost a mere £342.55.

The Cost of Utilities

It goes without saying that you won't only be living in your apartment! You'll also be watching television, doing laundry, using electricity and more.

To that end, how does the cost of utilities compare?

Expect Spain to win on this one, coming in at around 63.48% cheaper than the UK when it comes to average utility bill costs.

One area wherein the UK has a leg up and a cost-savings advantage? The prepaid mobile tariff. One minute there will cost you less than one minute in Spain, though the difference is minimal at around 0.74%. The same goes for internet access, which is also a little lower in the UK.

Spain is replete with entertainment opportunities. From Michelin Star Restaurants to nightclubs, you can fill your free time with myriad activities. While the same holds true for the UK, you can get your thrill for cheaper in Spain.

Is breaking a sweat your idea of a good time? If so, you'll be glad to know that the per-month fee at a Spanish fitness club is 3.8% cheaper than an equivalent one in the UK. In addition, the movie theatre also features lower admissions.

The one place this sentiment doesn't hold true is when you're itching to set up a few tennis matches. You'll pay about 2.69% less to rent a court on the weekend in the UK than in Spain.

The good news? With so much natural beauty at your fingertips in Spain, you might be more inclined to take part in free, outdoor excursions. Hike some of the country's best trails, visit the beaches or go for a walk. It's free to do any of these and you'll enjoy yourself along the way!

You may bring a majority of your closet with you when you move to Spain. Yet, it's inevitable that you'll want to supplement your wardrobe once you arrive.

So, how does the shopping compare?

If it's basics you're after, shop in the UK before you move. Here, a single pair of jeans, one pair of Nikes, and one pair of men's leather shoes are cheaper than you can find in Spain.

Looking for a summertime frock in a big-box chain store? Wait until you get to Spain, where prices are 16.77% cheaper.

The Cost of Getting Around

If you're moving to Spain for the long term,  you may consider bringing your vehicle with you. While the initial cost can set you back a bit, it can pay for itself in convenience down the road.

In other cases, you might prefer to use public transportation to get around the country. This can be a refreshing change, especially if you felt bound to your car while in the UK. If your job is in town, it also gives you a few minutes to catch up on correspondence during the train or bus commute.

Across the board, transportation prices are lower in Spain. For this reason, many people choose to forego the hassle and headache of a car altogether.

Public transportation can be a great way to save money, reduce your overall carbon dioxide emissions and still reach your destination, albeit in a little more luxury than last time.

Need proof of the costs savings? A taxi travelling one mile costs £0.86 in Spain and a staggering £1.54 in the UK.

Spain vs UK: A Cost of Living Comparison

As you nail down the details of your big move, don't be afraid to reach out to people who have been there. Today, there are multiple ways via social media to connect with the local expat community in the location you're staying.

In addition, also check with travel bloggers and even locals to help guide this next stage in your life. They're the ones living this reality, day in and day out.

Before you make a Venn Diagram comparing Spain vs UK, sit down and address any cost concerns that are still lingering.

Ask them what they pay on a regular basis for each category. What are their pain points and what features of living in Spain do they like the best?

Ready to find your dream home? We're ready to help.

We're a premier real estate team covering the Costa del Sol. Contact us today to begin your search for an apartment or home that's perfect for you. We'll get the right resources into your hands so you never miss a beat.