Will Spain’s Golden Visa Scheme Be Phased Out? 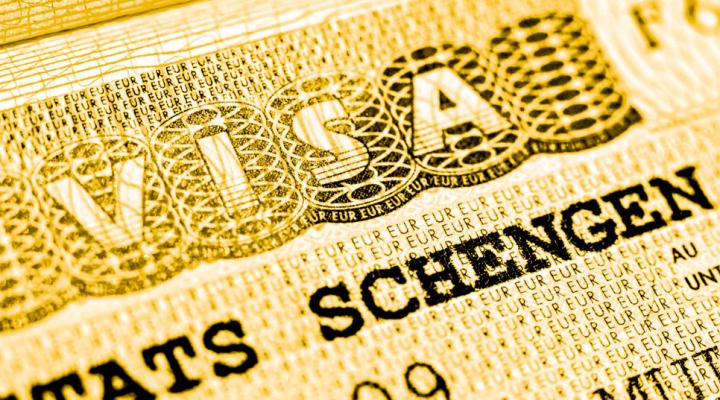 One of the most popular ways to gain permanent residency in Spain is via the golden visa scheme: this is a scheme which allows non-EU nationals to invest in property or businesses in Spain, to the value of at least 500,000, excluding taxes and fees, in order to gain residency in Spain.

But there could be bad news if you’re thinking of using this scheme for your own move to Spain, as the EU parliament has recently voted in favour of member states phasing out their golden passport schemes. This issue has gained new prominence in recent weeks as a result of the Russian invasion of Ukraine. So, what does this mean for the Golden Visa Scheme in Spain? Here’s everything you need to know:

The Golden visa scheme in Spain was first introduced in 2013, allowing non-EU nationals to effectively buy access to a residency visa for the country. Calls for the termination of this scheme were first introduced in the European Parliament in 2014, but this has become a highly political issue in recent weeks.

Spain is one of twelve EU countries that offers residency permits to none EU nationals in exchange for significant financial investment. The other counties are Cyprus, Estonia, Greece, Spain, Hungary, Ireland, Italy, Latvia, Luxembourg, Malta, the Netherlands and Portugal.

Three other EU countries, Bulgaria, Cyprus and Malta, will offer citizenship to non-EU residents in exchange for financial investment. At this point, the Bulgarian government is considering ending the scheme, Cyprus will only process requests which were received before November 2020, and Malta will not process any applications received by Russian citizens.

The rules and investment requirements surrounding the scheme varies from country to country, but we do know that this is a popular scheme with 42,180 citizenship or residence applications being approved across the EU between 2011 and 2019. In total, the scheme has benefited more than 132,000.

Will the Golden Visa Scheme Be Phased Out and What Does This Mean?

The European Parliament announced on 9th March 2022 that citizenship by investment programmes (ie Golden Visa Schemes) should be gradually removed. This proposal passed with 595 votes to 12: 74 parties abstained from voting.

One of the main arguments for the removal of the schemes were that they posed a threat to EU wide security, acting as a backdoor to bring ‘dirty money’ into the EU: a particularly poignant debate given the sanctions that the EU is currently imposing on Russia. Greece, Portugal, Latvia, Lithuania , the Czech Republic and Iceland have already blocked golden visa or similar residency applications by Russian nationals as a part of their sanction packages.

What Will Spain Do?

The Spanish government is yet to respond to these developments, and has not announced any changes to their existing golden visa scheme.

The Ministerial Counsellor of the Embassy of Ukraine in Madrid Dmitri Matyushenko has asked Spain to “review the policy of golden visas through which Russian oligarchs and representatives of the Russian government have obtained residence permits in Spain, by buying mansions”.

The golden visa scheme brings an average of over 1 billion euros a year to Spain, and the Russian market is the second largest market for this lucrative scheme. Any changes to this programme would affect the Spanish economy significantly more than any other Eu country, therefore. However, in light of Russia’s illegal invasion of the Ukraine, it is likely that Spain will follow the rest of the EU and ban applications from Russian nationals.

So how will this impact other international golden visa applicants, for example those from countries like the United States, the United Kingdom, China, Canada and more? There is still hope. Whilst the EU wants to completely ban golden passports (such as those offered by Cyprus and Bulgaria) they are less strict on Golden visas, such as those offered by Spain. Rather than ban them completely, they are instead calling for the rules surrounding these to be made universal across the bloc. It therefore seems highly unlikely that Spain’s golden visa scheme is at risk of being banned altogether, and that the only citizens that might be affected by any immediate changes are those from Russia.

If you are considering using the golden visa scheme to live in Spain in the near future, however, this shift in attitude by the EU parliament does indicate that now might be the perfect time to submit your application, before any changes take place.

Have you always dreamt of retiring to Spain? Whether you’re looking for golden mile properties in Marbella or bargain property in Andalucia, our local property experts are perfectly placed to turn your dreams into a reality. Why not get in touch to find out more about how we can help you.