Will New Tax Laws Push Up the Cost of Alcohol in Spain? 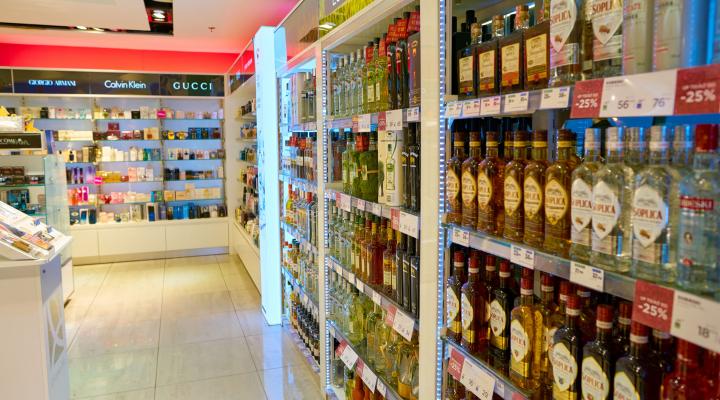 Spain has long been known as the land of the affordable beer! Sitting in the sun with a glass of local wine, or a pint of lager, whilst enjoying the sun and watching the world pass by has been a mainstay of tourism in Spain for years. But this could soon become a thing of the past, with Spain’s reputation for cheap alcohol due to come to an end.

The European Union has issued a proposal to increase the taxes on alcoholic beverages, including beer and wine. The minimum tax rates applied to these goods has not been increased since 1992 and, according to the EU commission the rates charged “have not kept pace with inflation, the evolution of the market, consumption patterns or growing public health concerns.” So, what does this mean for the cost of alcoholic beverages in Spain? Here’s everything you need to know:

One of the main reasons why Spain alcohol in Spain is currently so affordable is because the country exercises one of the lowest duty rates in the UK. Per 700ml bottle of liquor, Spain collects just € 2.69 in tax. By contrast, Germany collects € 3.65, France collects € 5.05, and Italy collects € 2.90.

Collecting less duty than other European nations has been a shrewd business decision from the Spanish government, as the bars and restaurants in the country thrive as a result, with tourists drawn to the affordable prices that are available in the country. However, if Spain chooses to increase the amount of duty they charge to similar rates as those charged by their neighbours then Diario de Navarra suggests that they could collect an additional 1 billion euros a year in much-needed taxes. Figures such as these make increasing revenues more attractive, but they aren’t the only reasons to increase the cost of alcohol in the country. Concerns about the general health of the nation are also driving calls to increase the cost of alcohol via taxation.

Benefits to the Nation’s Health

Many health associations in Spain have long called for an increase in the cost of alcohol in the country, in a bid to reduce consumption amongst Spanish citizens. There is a proven connection between alcohol consumption and many health problems, and children and adolescents are particularly vulnerable to these issues in Spain.

In conjunction with an increase in the price of alcohol, the Spanish Society of Family and Community Medicine (SEMFYC) has started to campaign for the government to increase the legal age for alcohol consumption in the country from 14 years old to 18 years old. By both increasing the age that individuals can consume alcohol and increasing the price of all alcoholic beverages (either by increasing the tax for these products, or by setting a national minimum price for alcohol) young people should be deterred from excessive consumption.

The number of teenagers who say they ‘often’ get drunk in Spain currently sits at 17 percent. Drunkenness is highly prevalent, and often considered a societal norm in the country. It is worth noting that this percentage is much higher than the European average, and the figures for countries where alcohol prices are higher.

How Will This Affect Alcohol Prices?

If you head into your favourite Spanish bar today then you aren’t going to notice any difference in the price of your favourite tipple, but public awareness that the government could be collecting an additional 1 billion euros is going to be hard for them to ignore. What’s more, even if the Spanish government doesn’t feel the time is right to increase alcohol duty right now, the European Union might force their hand. The EU has launched a public call for feedback on their interest in increasing alcohol duty rates, and this is already underway. You can have your say now, and the feedback framework will close on 4th July 2022.

What we already know is that the EU is in favour of increasing alcohol duty across Europe. They are interested in doing this for two key reasons, both of which were outlined above: to improve overall public health across the bloc, and to increase revenues, particularly in light of the cost-of-living crisis that most European governments are currently facing. No EU process or ruling has ever happened overnight, so your cheap beer is safe for now, but Spain’s enviable position as one of the cheapest places to buy alcohol in Europe could be lost in time. Perhaps that means that there’s no time like the present to visit your favourite tapas bar for a cold glass of beer and a snack or two.