What Types of Start Ups are Most Successful in Spain? 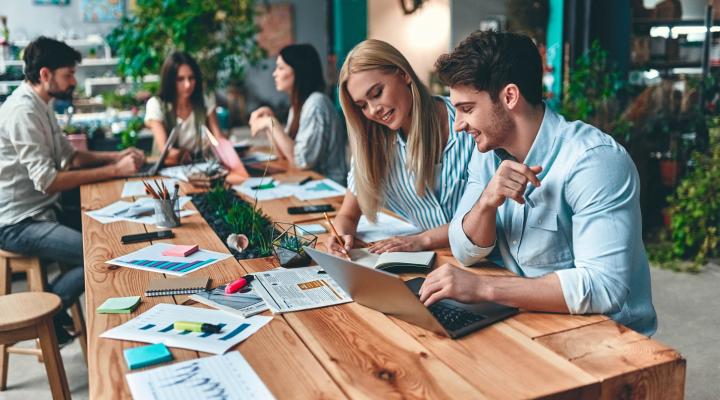 One in five new businesses in Spain will fail within the first twelve months of opening. If you’re a foreigner thinking of setting up your own start up in Spain then you need to know which businesses are most popular in the country, and which businesses fail. With that in mind:

What is a Start Up?

There are many different definitions about what a start up is, with some definitions stating that a business is considered a start up in its first 12 months of operation, and others using the term for businesses in their first two or three years of operation. One definition that most people can agree on is that start up businesses are businesses in the early stages of their invention, where the company is still establishing their business model, but has not yet executed it successfully. When you move out of the start up stage and begin to increase the size and scope of your business, this is known as being a scale up.

There are estimated to be approximately 10,500 starts ups and over 300 scale up businesses in Spain. And this number is only expected to swell as a result of Spain’s new Startups Law which will be introduced in early 2023, and which is primarily aimed at attracting foreign entrepreneurs, investors and digital nomads to invest, live and work in the country. These laws will make this process easier by giving foreign start up owner's access to a special visa and tax breaks as they are establishing their businesses.

What Is the Likelihood of Start Up Success in Spain?

Just like elsewhere in Europe, and the world, starting a business in Spain carries a certain amount of risk and not every new business will survive. Twenty-three percent of new companies set up in Spain don’t survive past a year, and of those businesses that do pass the year marker, an incredible 45% are not in business after five years have passed.

Spain Startups drafted a ‘Map of Entrepreneurship’ which showed that nine out of ten start ups in Spain don’t survive the first three years of business.

However it’s not all bad news – those start ups that do survive will grow faster than SMEs over the same time period, and small businesses in Spain have greater longevity than those in other EU countries, including Lithuania, Denmark, Latvia, Estonia, Malta and Portugal. Spain is also the fifth country with the most so-called ‘unicorns’ companies with a market value above €1 billion.

Which Spanish Start Ups are Most Successful?

If you’re thinking of starting your own business in Spain, then you’ll want to know which startups are most successful in the country. Research shows that the companies with the highest survival rates in Spain are insurance companies, reinsurance groups and pension funds. These companies are 82.6% likely to still be operating after five years. Next are businesses operating within the energy sector, who have an 80% survival rate and those in the tobacco industry, who have a 75% survival rate. Other successful businesses include financial services, legal and accounting services, and those involved in pharmaceutical manufacturing. These are all conventional businesses, but that doesn’t mean that if you have an unusual or innovative business idea that you won’t be able to make it successful in the long term.

One thing that is true of almost all successful start ups in Spain is that they focus on either innovation or on improving pre-existing ideas. Copying an existing business model is not a good route to start up success.

Which Innovative Sectors Are Successful in Spain?

If you’re looking for an innovative and creative field on which you can make your mark, and establish your own business, then the sectors that are currently showing signs of growth potential in Spain include fintech, tourism, logistics, mobility, cybersecurity, education, food Tech, energy, cryptocurrencies, gaming, employment, retail or health.

Those sectors to avoid because they have struggled to survive beyond five years in Spain include leather manufacturers, including shoe manufacturers, clothing companies, maritime industry businesses, and businesses in the entertainment industry. Surprisingly, the least successful field for start ups in Spain is civil engineering.

What Impact Has the Pandemic Had on Start Ups in Spain?

The life expectancy of new companies in Spain has worsened since the pandemic, according to the latest report by Spanish business database Iberinform. In a report on the subject they wrote: “The critical moment for any business project usually occurs after the third year, since the initial injection of capital allows the vast majority to complete the first 24 months of life without problems.”

“Companies, especially SMEs, which have less capacity to transfer these cost increases to prices are suffering a reduction in margins and loss of profitability,” Spain’s confederation of SMEs reported.

Now that the impacts of the pandemics are beginning to ease, and the Spanish government are introducing support and incentives for foreign start up investors and entrepreneurs, could this mean now is the right time to start your own business in Spain?

Are you thinking of relocating to the Costa del Sol? Perhaps you’d like to live and work in the year-round sunshine? Why not get in touch to see how we could help you? Our dedicated team of property experts are committed to helping our customers find the Spanish property of their dreams.