What Time is Electricity Cheapest in Spain? Hour by Hour 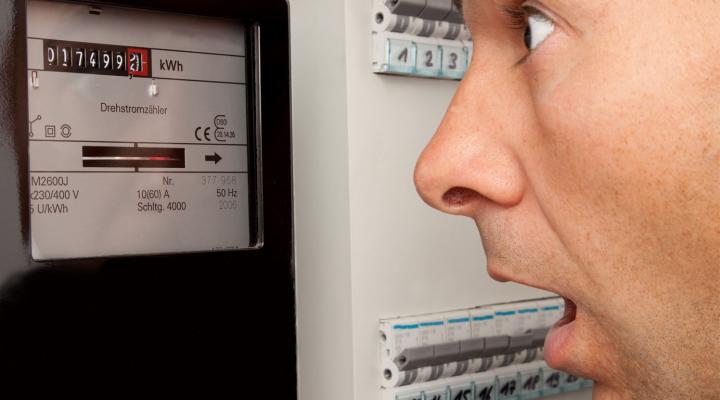 We all know that the whole of Europe is experiencing an energy crisis right now, and Spain is not exempt from the effects of this crisis. Energy prices were already rising before Russia invaded Ukraine but now, as a result of this war, electricity costs have really soared. Spaniards can expect to pay the highest rate ever for their electricity, with prices peaking at €246/MWh on 11th October 2022. Electricity in Spain has been over 200 euros per MWh for some time, and in August the average electricity bill had increased by 70.3% when compared to the same month the previous year. This figure is only set to rise again.

Many families are looking for ways to cut back their electricity usage to avoid being hit with an enormous electricity bill that they simply cannot afford. For some families these cutbacks may involve turning down the thermostat, or no longer running their air conditioning unit or other energy hungry appliances, such as the tumble dryer. And for some families, this will involve using their electricity wisely, but looking at the times when it is cheapest. After all, every euro you can save on your electricity bill will be helpful, and if that means showering in the morning rather than in the evening then it’s a small price to pay! So, when is the cheapest time of day to use electricity in Spain? Here is a full breakdown by hour:

If you’re new to Spain, then it’s important to understand that the price of electricity in the country varies depending on what time of the day you are using it. In fact, the volatility of energy markets in recent months means that there are huge differences in the price of electricity depending on the time of day that you use it. In any single 24-hour period the price that you will pay for your electricity can be up to 30% higher or lower based on the time of your usage, so understanding this timetable and choosing the lowest price energy tariff is likely to have the biggest impact on the cost of your energy bills.

According to data from Red Eléctrica, the partly state-owned corporation which operates Spain’s national grid, the differences in the price of kilowatt hour (kWh) can be up to 20 cents depending on when exactly you use it.

Off peak times are between midnight and 6am on weekdays, then 24 hours a day at weekends and public holidays.

Now we’re not suggesting you wait until 2am to have a shower because it’s cheapest, but you might want to consider showering just before 10pm rather than just after 10pm, for example, so that you can take advantage of flat time charges rather than peak charges. From Monday to Friday, the cheapest time to use your electrical appliances is during the flat and off-peak slots. So if you need to use an energy intensive appliance, such as a washing machine or tumble dryer, setting this to run over night could also save you money.

Finally, note that weekends are always charged at the off-peak rate, so you could also consider saving your chores for your days off and using your most energy-intensive electrical appliances over the weekend. This is the best way that you can use the clock to help you save money on your electricity bills.

Do you love the Spanish summer sun? Perhaps you’re looking for a Spanish holiday home, or hope to relocate to Spain so that you can enjoy the sunshine all year round? Why not get in touch with our locally based estate agents, Right Casa, who are perfectly positioned to help you find the Spanish home of your dreams.