What Are the New Regional Tax Breaks in Spain and How Could They Help You? 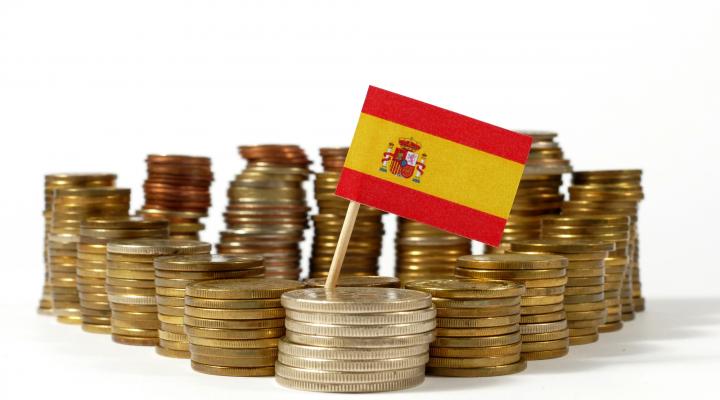 Winning over voters is a key focus of both the local and national governments this year, and as a direct result of this seven different Spanish regions have introduced tax breaks with the aim of acting as an extra benefit to the income tax reductions announced by the national government recently. The next round of local elections will take place in Spain in May 2023, and this is expected to be followed by a general election by the end of the next year. For this reason, swaying over voters is integral to both regional and the national governments right now, and a tax war has been chosen as the best medium to do so. The official message from the Spanish government is that tax changes have been introduced to  help people across the country deal with the consequences of inflation and the rising energy and daily costs. But what are these tax changes, and how will they impact you? Here's everything you need to know:

An Overview of National Tax Changes

Perhaps the biggest taxation news in Spain right now is that the national government has reduced the income tax rate for individuals earning up to €21,000 ($20,200) per year, while also introducing a new “solidarity tax” for those with more than €3 million. Spain’s Personal Income Tax (IRPF) is a state tax, but half of its collection is controlled by the autonomous communities, meaning that it is not a tax that is solely controlled by the state, because each region can change its income tax brackets and the reductions will apply to the 50 percent of IRPF collected by the regional government. Whilst this doesn’t allow regional governments to reduce the overall income tax rate, it does impact the amount of tax that is due to be paid.

With what we know about the upcoming regional elections and the national government’s tax changes, it is perhaps unsurprising that in recent weeks, several regions have announced tax breaks as well. However some of these regional tax breaks have deviated from the country’s national policy, and are not just related to income tax for low earners. Here is a breakdown of the seven regions that have introduced their own tax breaks, and how these tax breaks might impact you:

In a bid to support those citizens in the region facing “high inflation and the rise in energy, fuel or food prices” Madrid has reduced its regional URPF by 4.1%. This reduction will come into force at the beginning of 2023, and will equate to an estimated collective saving of 300 million euros for those living in the Community of Madrid.

Another tax break being introduced in Madrid is that from Q1 of 2023, new autonomos (self employed workers) in the region will have their social security fees paid by the government for their first year of self-employment. If they then earn less than €1,166 gross a month in their second year, then the regional government will continue to pay their social security fees.

The Valencia region is making several financial reforms in a bid to make taxes in the region more progressive, and the good news is that many of these changes will be retroactive, meaning that they will be applied to earnings from 1st January 2022. For those earning less than 60,000 euros per year, regional income tax rates will be reduced: a change that will help 97.4% of tax payers in the region.

Tax Breaks in the Balearic Islands

The General State Budget for the Balearic Islands in 2023 was introduced on 3rd October and will include a new specific tax deductions for the Balearic Islands. This will mean a deduction of 90 percent of the tax base in the corporate tax and income tax for non-residents for investments that promote job creation in the region. In a bid to help stimulate business on the islands, a bonus of 10 to 20 percent will also be levied for the sale of assets produced in the Balearic Islands within the industrial, livestock, agricultural and fishing industries. These changes will come into force on 1st January 2023, and it is estimated that they will save 208 million euros for the residents of the islands.

Personal income tax in the region of Galicia has been lowered from 9.4% to 9% for any resident earning less than 35,000 euros. This will be retroactively applied to earnings from 1st January 2022. Galician regional president Alfonso Rueda has also decided to reduce its wealth tax for residents with worldwide assets above €700,000 by a further 25 percent to reach 50 percent.

The local government in Andalusia have also reduced the IRPF tax rate by 4.35. This will apply to all taxpayers in the region and will apply retroactively from 1st January 2022. Andalusian regional president Juanma Moreno also announced that Spanish nationals and foreigners who reside in the southern Spanish region or have a second home there, and whose worldwide assets are above €700,000, will receive a 100 percent tax deduction on the region’s wealth tax. In real terms this means that, unlike any other region in Spain, Andalusia’s wealthy residents will not be required to pay tax on their assets.

A common theme for the regions in this article, Murcia will also reduce its regional personal income tax by 4.1 percent. This will benefit 330 thousand residents of the region and save them between €8.5 and €10 million. According to the regional government it will impact 96 percent of those required to submit the income tax return here.

Although it has not yet been finalised, the regional government of Castilla y León has approved a draft law on tax reductions. When approved this draft law will allow personal income in the first tax bracket to be lowered by 5.3 percent.

Will Tax Breaks be Introduced in Aragón, Cantabria and Navarra?

The three regions of Aragón, Cantabria and Navarra in the north or Spain are considering introducing tax breaks similar to the regions outlined above. Although nothing official has been introduced at this stage, we can expect to see new changes being discussed and introduced in the near-future.