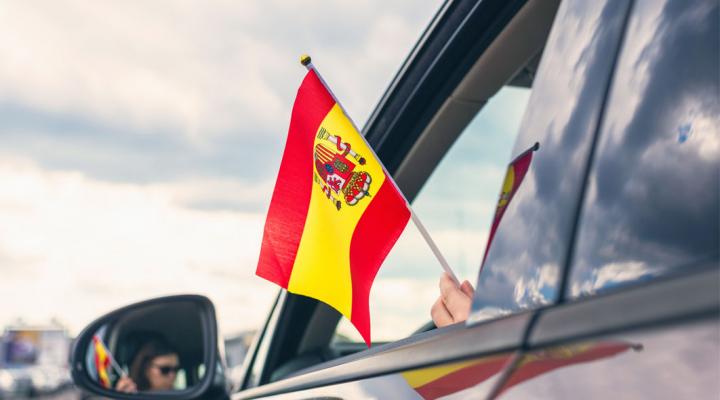 If you’re already living in Spain, or thinking of moving to Spain and driving in the country then you need to know that many of the laws surrounding driving in the country will change on 21st March 2022. These new laws are designed to make Spanish roads much safer for both motorists and pedestrians, and as a result you will find that both the laws and the penalties for many common violations are set to become much stricter.

Here’s everything you need to know about the new Spanish driving laws that will come into force from 21st March 2022, and how they might affect you:

We have recently covered extensively the changing categorisation of e-scooters in Spain, and how this will affect those individuals that use them. Personality mobility vehicles such as electric scooters, as well as segways and other similar vehicles will now have their own special category under Spanish traffic law. E-scooters are incredibly popular in Spain, so this rule change will impact a huge number of road users.

The main changes are that from 21st March 2022, all e-scooter users must legally wear a helmet, and users are now forbidden from riding their scooters on pavements, motorways or highways. Breaching these rules will result in a €200 fine. Another change is that if you have drunk any alcohol at all, you are not permitted to ride an e-scooter or other personal vehicle.

This is just the start of a new legal framework surrounding the use of e-scooters and other personal mobility vehicles, which will see the use of these vehicles increasingly regulated to protect both the scooter users themselves, as well as other road users.

Using a Mobile Phone Behind the Wheel

It has long been illegal to use a mobile phone whilst you’re driving in Spain, but despite this, the use of mobile phones in vehicles accounts for 31 percent of road deaths and fatal traffic accidents in the country. This is a figure that Spain’s DGT traffic authority is working very hard to reduce and is a huge focal point for these latest traffic law updates. As a result:

You can still use your phone in your car if you are doing so via an approved or wireless device. This cannot involve the use of your hands at any point, and the use of helmets and headphones are also expressly forbidden.

In order to keep Spanish roads clean, the DGT traffic authority have adopted a zero-tolerance approach to littering of all kinds. Throwing any object onto a road, including smaller items such as cigarette butts, will result in a 6-point penalty, and a fine of between 200 and 500 euros, depending on the severity of the offence.

Much like using a mobile telephone, it has long been illegal to drive without wearing a seatbelt in Spain, but the penalty for breaching this rule has been increased: now you face a 200 euro fine and the loss of four points from your driving license, rather than the previous loss of three points from your license. In the cases of one in four deaths in Spain, the lack of seatbelts being worn is considered a factor.

If you are overtaking a cyclist or moped in your car then, under new rules, you will have to change lanes to do so if you’re driving on a road with more than one lane in each direction. If you are on a single lane road then you must leave at least 1.5 metres between yourself and the cyclist. Failing to follow these rules will result in the loss of six points from your driving license and a fine of 200 euros. You can also no longer surpass the speed limit on secondary roads when overtaking another vehicle.

Half of the 1,370 people who died in traffic accidents in Spain in 2020 were pedestrians, cyclists or motorcyclists, so it stands to reason that there is so much focus on legislation that can prevent these deaths.

Finally, if you lose points from your driving license then the good news is that it is possible to regain those lost points. All you have to do is not commit any further driving offences and then you will automatically be reissued your full 12-point license. You can also complete a driving safety course in order to recover two lost points from your license.