Understanding the New Tax Laws in Andalusia in 2022 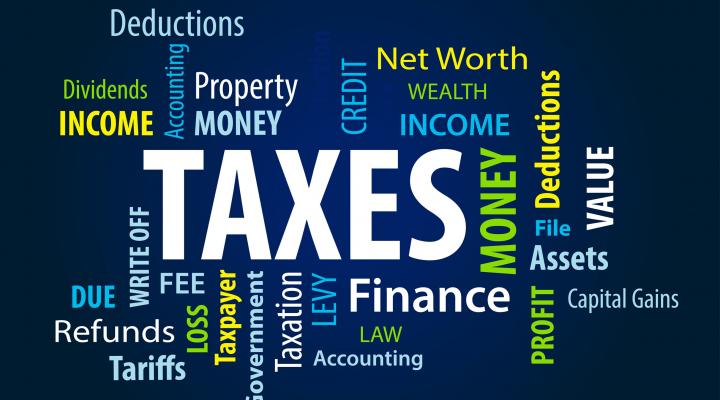 Only two things are certain in life: death and taxes. And the Andalusian regional government have recently announced changes to the ways in which their residents will pay their tax. The good news is that these changes will lead to a significant reduction in tax rates for most citizens, rather than the increase that most people expect to be confronted with in the new year! Andalusia are opting for low taxations in a bid to attract and appeal to new and existing residents.

Here’s everything you need to know about the new tax rules which came into force on 1st January 2022, and which taxes will be affected:

Which Taxes Will Be Affected?

In Spain, some taxes are set at a national level and some are set at a local level. The four main taxes which the Andalusian local government has jurisdiction over that will be affected by the announced changes are: Personal income tax (IRPF) Wealth tax (Patrimonio) Inheritance and Donations tax (ISD) and Property transfer and documented legal acts tax (ITPAJD). The income limit threshold to benefit from tax deductions will be increased from €19,000 per year to €25,000 for individual taxes and from €24,000 to €30,000 for couples making joint tax declarations.

Whilst all of the tax figures outlined above will see reductions, perhaps the most significant and widely-reaching change will occur to personal income tax (IRPF). Andalusian residents will now only have to pay the minimum amount required by Spanish law; the lowest possible rate of 9.5%. This will bring Andalusia into the same tax bracket as the Community of Madrid, which is famed across Spain for its low tax levels.

The law will benefit those on lower incomes further, as deductions on rent will also be improved for various groups, including those that fall into the following categories: people with disabilities, people over the age of 65, victims of domestic violence, and victims of terrorism. This limit will change to be be €25,000 for individual taxation and €30,000 for joint taxation.

For families, deductions of up to 200 euros can be made in the case of births and adoptions. This is a significant increase on the 50-euro allowance that was included in the 2021 tax year. For families living in depopulated areas, the threshold will be increased to 400 euros, and large families with several children will be able to benefit from even greater reductions and assistance.

Wealth tax is another tax level that is set by regional government, rather than via a centralised system, and the Andalusian government have lowered the taxation rate on this for all individuals who have a greater than 33 percent degree of disability. If you have a degree of disability that is considered to be between 33 and 65% then your tax-free limit will be raised from €700,000 to €1.25 million. If you have a disability which is considered to be greater than 65% then you will be exempt from paying this tax altogether, provided the assets you hold don’t fall above €1.5 million.

Inheritance taxes have been significantly reduced in Andalusia from 1st January 2022, with the rate being determined by the size of the inheritance: the figure will be not less than 7% and not greater than 26%. For inheritances that were being shared amongst large and extended family groups, the marginal tax rate on a large inheritance could reach as high as 70%, but thanks to these new changes the Andalusian government have calculated that it will never exceed more than 45%. For many families, this will pose an incredibly significant reduction.

The amount of inheritance tax you pay could be reduced further depending on what the funds are used for and who they are given to. Descendants with a disability, and funds used to buy first homes or habitual residences will also be eligible for reduction in the tax base. The base rates that apply to companies and businesses will also be reduced under these changes.

A reduced tax rate of 3.5% can also be offered to offspring under 35 years of age, large families or people with disabilities. A reduced tax rate of 6 percent on the acquisition of homes with a value of €150,000 or below will also be introduced in 2022, in a bid to ensure getting on the property ladder is more affordable for all. This reduced tax rate will be available to anyone living in Andalusia, without any other additional requirement.