Understanding the Law Regarding Travelling to a Second Home in Spain 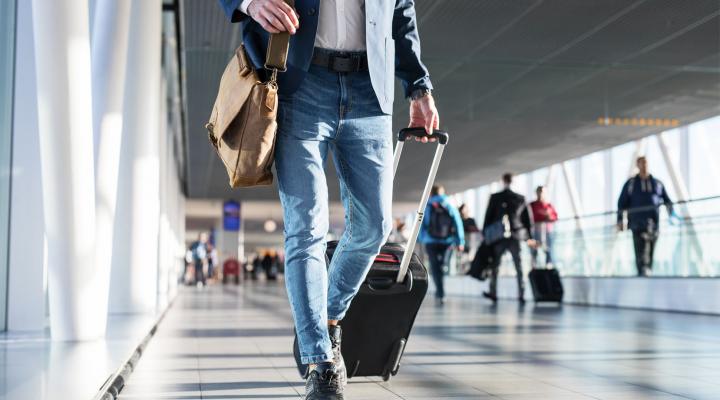 If you’re living outside of Spain but own a second home in Spain, you’re no doubt keen to hop on a plane and spend time in your home away from home. Whether you have maintenance to undertake, or simply want to make the most of your property and spend some time in the sun, it has been an unprecedently long period of time since these homeowners were able to legally visit their Spanish homes.

It doesn’t matter if you own beachfront property in Calahonda or an apartment in Mijas, here’s everything you need to know about the current travel rules for second homeowners:

If You Currently Live in the UK

The situation between Spain and the UK has changed dramatically over the past two weeks. On the 23rd March it was announced by the Spanish government that the ban on arrivals from the UK would be lifted on the 30th March. On the same day, the British government clarified that although international travel was banned for leisure purposes, British citizens were able to travel overseas if they needed to  buy, rent, let out or sell a second home from March 29th. This means that whilst taking a holiday in your second home is still illegal for British citizens, having to deal with matters relating to your property would be considered a ‘reasonable excuse’ to travel.

As it stands, these ‘reasonable excuses’ are only if you intend to purchase, sell or let your residential property. But on 23rd March an article in The Guardian reported that these rules are expected to be extended, and will also include “visiting an estate agent, developer sales office or show home, viewing residential properties to rent or buy, and preparing a property for moving in”.

The UK government has been urged to clarify whether or not travelling to check on a property owned overseas would be considered a “reasonable excuse” for travel. Many Britons with second homes in Spain are understandably concerned about having left them unattended for many months at this point. But as it stands, we believe that British homeowners can only travel to Spain to carry out a legal transaction relating to their property.

If you are a UK national who has Spanish residency, or evidence that you have applied for residency and the process is underway, then nothing changes: you can continue to travel to Spain. In order to fulfill this criteria, however, it is expected that your main property will be in Spain. If you own two properties in Spain (a main property and a second property) then you still won’t be able to travel to your second home in a different region of the country right now, because all regional borders in Spain will remain closed until 9th April.

However, as a resident you will be expected to travel to your main property in Spain. If your second home is in a different region in Spain, you will not be able to travel there until at least April 9th as all regional borders remain closed until then.

If You Currently Live in the EU

The easiest route to visiting your second home in Spain is if you currently already live in the EU; because Spain has adopted EU recommendations, there are no restrictions for travellers entering Spain from other EU/EEA countries. However, you may have to present a negative Covid test and fill in a health declaration test prior to your arrival.

In real terms, that means that French, German, Swedish and other EU nationals with property in Spain can visit the country as long as their own government doesn’t have rules in place that prevent travel to Spain.

These rules change all the time, as case levels fall and rise across the EU, so it is worth monitoring the latest updates from your own country before you make your travel arrangements.

If You Currently Live in a Non-EU Country

The worst news is for individuals with second homes in Spain who currently reside in certain non-EU countries. The restriction on travel to Spain from countries outside the EU and Schengen area has been extended until at least 31st March. This will make visiting Spain from third countries such as the US or Canada, for any reason, very difficult at least in the short term.

It’s not all bad news though: if you reside in a country with low infection rates such as Australia, New Zealand, Rwanda, Singapore, South Korea, Thailand, China (pending reciprocity) and the regions of Hong Kong and Macao then you are able to travel to Spain.

If you reside on South Africa or Brazil then you are currently unable to travel to Spain, and this ban has been extended to arrivals from another 10 countries: Colombia and Peru, where there is community transmission of the Brazilian strain; and Botswana, Cameroon, Ghana, Kenya, Mozambique, Tanzania, Zambia and Zimbabwe where there is currently high levels of transmission of the South African strain. If you are allowed to arrive from any of these countries (because you are a Spanish national) then you “must remain in quarantine for 10 days after their arrival in Spain, or for the duration of their stay if it is shorter than that. This period may end earlier, if on the seventh day the person is tested for acute infection with negative results”.

Are you in the process of moving to Spain or looking to make the right move to Spain for you? If you’re looking for estate agents in Southern Spain then why not get in touch with Right Casa? Our locally based property experts are a font of local knowledge, and are perfectly placed to help you find the home of your dreams.