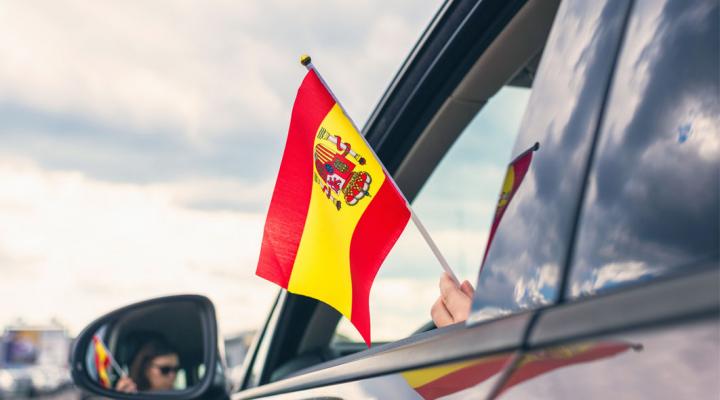 Whether you currently live and drive in Spain, or are thinking of relocating to and driving in Spain in the future, it’s important to know that driving regulations in the country are set to change from 2nd January 2021.

Fernando Grande-Marlaska, the Spanish Minister for the Interior, announced that the Council of Ministers have finally approved a package of legal reforms which were create in order to generate a new model of road safety in the country. These changes include reduced speed limits on urban roads, and increased fines for motoring offences. It’s important to understand these changes, particularly if you already drive in Spain, so that you don’t fall foul of them! With that in mind, here’s everything you need to know:

Why is the Law Changing?

The new regulations will align Spain with the road safety guidelines that have been issued both the European Union and the World Health Organisation. The overall goal of the new regulations are to reduce the number of deaths on Spanish roads by 50 percent in the next ten years.

Although the regulations are officially due to come into force on the 2nd January 2021, as mentioned above, some of the restrictions, including the reduction of the speed limit in urban areas, won’t be enforced for around 6 months. This is to give motorists time to adjust to the new rules, which may feel different from the driving experience that they’re used to.

What Changes Will Be Enforced?

Mobile phones – It is already illegal to use or operate a mobile phone when driving a vehicle in Spain. However from 2nd January 2021, anyone who is found to fall foul of this will receive a deduction of 6 points from their license, an increase from the 3 point deduction that is currently enforced.

Personal Mobility Vehicles – A regular sight on the seafront of many Spanish beaches, from 2nd January 2021, personal mobility scooters will now be defined as vehicles with one or more wheels (just as scooters are) This means that personal mobility vehicles will no longer be able to ride on sidewalks and pedestrian areas as well as interurban roads, crossings, highways, urban highways and urban tunnels. They will also have to comply with traffic regulations. The only exception to these rules are for people who use these vehicles due to reduced mobility.

Seat Belts and Safety Equipment – Not wearing a seat belt, a helmet, or using a car seat when appropriate are currently all regulations punishable by a deduction of 3 points from your driving license. However, this will be increased to a four point deduction. What’s more, not wearing your seatbelt or helmet correctly will be treated as not wearing them at all, in a bid to encourage better safety habits amongst the populous.

Radar Detection Equipment – Using radar detection equipment is already prohibited under Spanish law, but the new regulations will see these rules strengthened. At present, it is illegal to use this equipment when operating a vehicle, but it will also be illegal to be in possession of it too. The punishment for this will be a 500 euro fine, and a deduction of three points from your driving license.

Speed Limits When Overtaking – It's a given that you have to increase your speed to overtake, often to over the limit. But in an attempt to reduce the number of head on collisions caused by overtaking, the speed limit of the road must not be exceeded by 20km/h when overtaking, under the new regulations.

Speed Limits on Urban Roads – Perhaps the biggest change that is being implemented is the reduction of speed limits on urban roads. In order to give motorists time to get used to these new limits, the speed limits will not take effect for at least six months from when the law is published in the official state gazette (BOE). The new limits will be:

Driving Test Fraud – Although driving test fraud is relatively uncommon, it will now be punishable by a 500 Euro fine and a penalty of six months before the individual involved can attend another driving exam.

Lower Age Limit to Drive Trucks and Coaches- There is a shortage of professional drivers in the road transport sector in Spain, and a huge number of unemployed younger people seeking access to the labour market. In a bid to solve this, the new regulations will see the age to drive trucks reduced to 18 years after having passed the 280-hour Certificate of Professional Aptitude (CAP). The previous age to drive such vehicles was 21 years.

Are you thinking of moving to Spain? Whether you’re hoping to make a permanent relocation or just planning to find a holiday home in the sun, or locally-based property experts are perfectly placed to help. Why not get in touch today so that we can help turn your dream of Spanish property ownership into a reality?