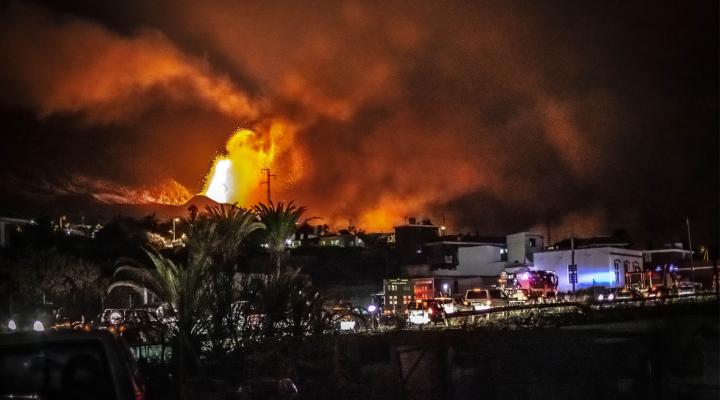 The Canary Islands are well-known for the frequency of their volcanic activity, and the interest in these have grown considerably since the recent and significant eruption of the Cumbre Vieja Volcano in La Palma. Spain is a volcanic nation, and this is particularly true of the Canary Islands where there are 33 volcanoes located across the Archipelago.

The breakdown of the Canaries volcanoes are as follows: There are six volcanoes in Fuerteventura, ten volcanoes in Gran Canaria, eleven volcanoes in Tenerife, just one volcano in La Gomera, ten volcanoes in La Palma, five in Lanzarote and finally, one in El Hierro. If you didn’t realise that the Canary Islands are volcanic islands then you will as soon as you arrive on one; the landscapes are defined by volcanic rock and flow. Many of the beaches have black sand, as a result of the volcanoes that they are home to. The volcanoes even add a unique flavour to local wines and other locally sourced produce.

Despite the fact that there are so many volcanos on the Canary Islands, many local residents and home owners have spent decades giving them little thought. These majestic peaks may dominate their skylines, but they haven’t ever had any real destructive impact on their lives. However, the current significant eruptions on La Palma have changed all of that: homes, lives, and lifestyles have been dramatically impacted, and the damage still isn’t done.

This has asked many living in Spain to ask the vital question: could this happen to us? What are the risks of further volcanic eruptions? And if there are volcanic hot spots, where are they? Here’s everything you need to know:

Volcanoes on the Canary Islands

The Canary Islands have experienced recent volcanic eruptions, so it isn’t a new phenomenon for volcanos to activate on the island, but the current eruption is the most significant in a generation. Also on La Palma, a different volcano known as the Teneguia erupted 50 years ago, whilst more recently, in 2011, the island witnessed another eruption but this one was underwater meaning it had minimal impact.

On the island of Tenerife, the Chinyero volcano erupted in 1909, in a significant eruption which lasted 10 days: although this caused some damage to property, no lives were lost during this eruption. But it is La Palma (the site of the current eruption) that is home to the most active volcanoes in the archipelago:  Historical records also suggest La Palma has had seven volcanic eruptions since 1430. In fact, the only Canary Islands that haven’t experienced volcanic eruptions and activity in the last 600 years are La Gomera, Gran Canaria and Fuerteventura.

According to the Canary government, the archipelago’s volcanoes are of the “effusive type”, meaning the lava steadily flows out of a volcano onto the ground, making them “less dangerous and destructive”. This means that these volcanoes are significantly less dangerous than other volcano types, and poser a smaller risk to human life, but doesn’t mean that their destructive properties should be underestimated. More than 700 homes and businesses have been destroyed in La Palma in the last week, meaning that many lives have been changed forever.

Whilst the largest concentration of volcanoes in Spain is located on the Canary Islands, there are also volcanoes located across mainland Spain: 65 of them, in fact! These volcanoes run mostly along the eastern side of the mainland the country, and the vast majority of these are not considered to be active volcanoes.

So where will you find these volcanoes? Well, there are volcanoes situated in La Garrotxa (Girona in Catalonia), Cabo de Gata (Almería in Andalusia), Cofrentes (Valencia), the Columbretes Islands (Castellón province) and Campos de Calatrava (Ciudad Real). Of all these locations, only the ones that are in the northwesternly corner of the country, in Girona, are considered active. But an active volcano doesn’t mean an eruption is imminent! For a volcano to be considered active, it has to have erupted over the past 10,000 to 15,000 years. 40 of the volcanos in Girona meet these criteria, but it has been thousands of years since there has been an eruption in this region. That means that, whilst you can never say never, the changes of mainland Spain experiencing a volcanic eruption at any point is incredibly unlikely.