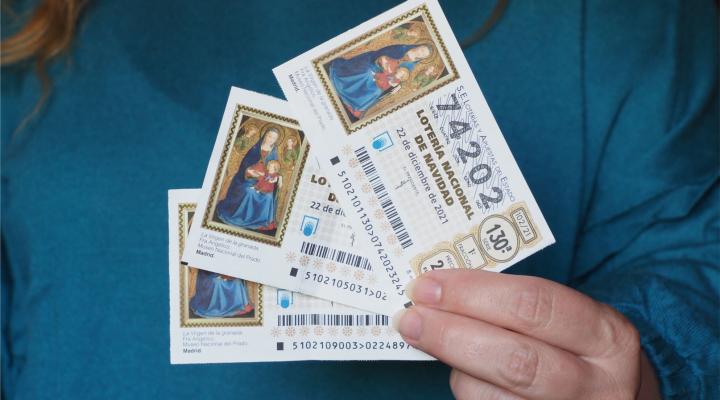 When you first consider celebrating Christmas in Spain, it’s likely that you’ll look for the similarities (and differences) between the festivities in Spain and your home country. One Spanish Christmas tradition that is truly unique, and unlikely to replicate anything you have experienced elsewhere, is El Gordo. This is an annual Christmas lottery, and it is event that Spaniards go crazy for every year. Expect to see ticket vendors with queues that are several hours long, and groups of family and friends joining together to buy tickets. El Gordo (The Fat One) is a lottery that has been taking place on 22nd December every year since 1812, without missing a single year. Here’s everything you need to know about this Spanish phenomenon:

The History of El Gordo

Having first been played in 1812, El Gordo is the second-oldest lottery in the world. The first ‘El Gordo’ lottery took place in Cadiz, but now it is a nationwide institution. Despite the many challenges faced by Spain, including the Spanish Civil War, Two World Wars, and the current Coronavirus pandemic, nothing has ever stopped the Christmas lottery. During the Spanish Civil war it was relocated to Valencia, which is where the Republican government moved their capital from Madrid. Once the war was over, the lottery moved back to Madrid, under Franco’s regime.

For 2021, the total prize money for El Gordo stood at an incredible €2.4 billion. This figure is broken down into a series of smaller figures, with the biggest prize (the one known as El Gordo) being worth 680 million euros. This figure was shared amongst all of the tickets with winning numbers, but each number can be repeated up to 172 times, meaning this figure would have to be shared amongst 172 people. For this reason, the most you can take home with one ticket is €4 million, but many people divide their tickets into shares (worth 1/10 of the ticket) and share these amongst their friends and family.  Each ticket ‘share’ is known as a decimo.

The second prize per décimo is €125,000 and the third prize per decimo is €50,000. There are several other prize levels with lessening denominations. In total, in 2021 172 million decimos of tickets were available for sale.

What Are the Odds of Winning?

One of the reasons why the El Gordo lottery is so popular is because you have such a good chance of winning at least a small prize. The current odds of winning are estimated to be around one in six, although this could be a relatively modest win, with the smallest available prize being 1,794 prizes of €100 per décimo.

Considerably more Spaniards play the ‘El Gordo’ lottery than don’t, with approximately seven out of 10 residents of the country aged between 18 and 75 buying a ticket, or a share of a ticket. Each whole ticket to enter the lottery costs 200 euros, but the average Spaniard invested €66.60 on lottery tickets in 2021.

How to Buy a Ticket

With so many millions of tickets available, and so many people taking part in the fun, the El Gordo ticketing system is relatively complicated. You can’t just walk into any newsagent and vendors and buy the ticket number you want. Instead, each lottery shop is assigned certain numbers. For this reason, it is very common for the big winners of the lottery to all come from the same area: because it is likely they purchased their tickets from the same shop. If you want to choose a particular number then you may have to travel quite a distance to find it: alternatively it is possible to buy a ticket online in order to secure the number you’re looking for.

One ticket (billete) costs a whopping €200, but many people choose to buy a tenth of a ticket (un décimo) for €20. Even smaller portions of tickets are sold: it is common for businesses to buy a ticket then sell small portions, or ‘participaciones‘, of that ticket to their patrons for €1. Syndicates of workplaces, families, social clubs, football clubs and so on will often buy and share numbers together: for this reason, many Spanish residents have shares in several numbers, to ensure they aren’t left out of one of their groups if they have a win!

The Day the Numbers Are Drawn

El Gordo is drawn on 22nd December every year, and it is a huge day in Spain. The streets fall silent as everyone gathers around their televisions to watch the official lottery draw. This generally begins at 9am and goes on for at least three hours: when the balls are drawn the numbers are sung out, live on television, by the pupils of Madrid’s San Ildefonso school. Up until 1894, only boys were able to take part in the singalong of the draw, but since this year both boys and girls from the school were able to take part.

In their homes, ticket holders often dress up in lottery themed hats and outfits to watch the draw and numbers are drawn alongside song, with the tension building until the biggest prizes are announced. This drawing of the El Gordo lottery has been labelled ‘the most boring Christmas show on TV’, but still attracts record numbers of viewers.

Are the winnings tax free?

Have you ever purchased a ticket for El Gordo or spent Christmas in Spain? Are you thinking of investing in a Marbella property of your own? Why not get in touch with our local property experts and let them help you find the perfect property of your dreams. Just like Santa, they’ll find you everything you’ve been looking for!