The Best Spanish Films to Help You Learn Spanish 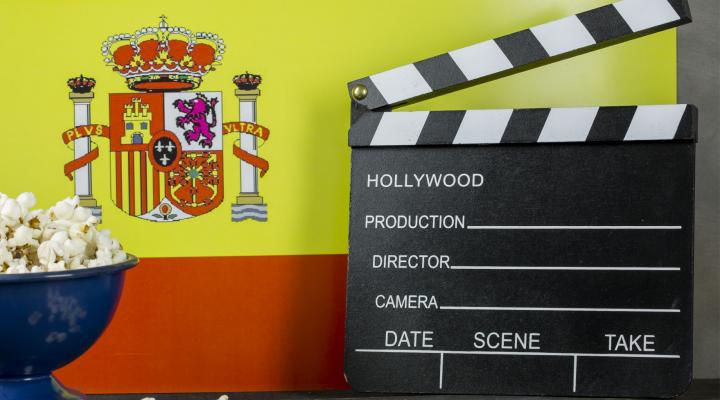 When international footballers jet around the world from club to club, they watch cartoons to help them learn the language of the country they are living in. Watching television might not be the most conventional way of learning a new language, but it is a great way to assimilate yourself into a new culture, pick up new words and linguistical patterns, and entertain yourself at the same time. So, if you’re not able to get to Spain right now, but want to practice your language skills ahead of your next visit to the country, here are some of the best Spanish language films that you can watch to help begin your journey to learning Spanish:

The films below have been organised by their genre, year of release, and original country of release. This is important because, just as different regions of the UK have distinctive regional accents, each Spanish-speaking country will have a different accent too. This is something to be aware of, particularly if you’re approaching a new language without any lessons or previous experience in your armory:

Country: Argentina
Year: 2009
Genre: Thriller
This is a crime drama that is filled with suspense and mystery. Expect plot twists and surprises as the story evolves.

Country: Spain
Year: 1999
Genre: Drama
Set during the Spanish Civil War, this story outlines the friendship between a Spanish boy and his teacher, and shows how the War changed lives forever through their eyes and their narrative.

Country: Spain (takes place in Cuba and US)
Year: 2010
Genre: Animated film
Whilst this film may be animated, it is intended for adults, and is a love song to jazz music. It follows the life of a Cuban musician that falls in love with a singer, but the real love affair here is the song track.

Country: Spain (set in Bolivia)
Year: 2010
Genre: Drama
A dramatic film within a film, this story looks at the repeating history in Boliva between current lifestyles and the conquests of the New World.

Country: Set in Colombia (Medellín)
Year: 2000
Genre: Crime, Romance
This is a serious film, and one that’s not for the faint hearted. Based on Fernando Vellejo’s novel with the same title, the story touches on subjects such as homosexuality, love, drug use, and violence.

This film is heavy, and it’s based on the novel of the same title by Fernando Vallejo. It deals with homosexuality, love, drugs, and violence.

Country: Spain
Year: 2004
Genre: Drama
Another film that deals with deep issues, such as drug use, trans issues, and the sexual abuse within the Catholic Church. This is a murder mystery that will leave you thinking long after the titles have rolled.

Country: Venezuela
Year: 2013
Genre: Drama
A heartwarming and relatable tale about acceptance, told through the story of a nine-year-old boy who wishes to be something he isn’t. A small but incredibly beautiful piece.

Country: Mexico
Year: 2011
Genre: Crime Drama
This crime drama touches deeply, because it is a story based on true events. It tells the tale of a beauty pageant contestant in Baja California, Mexico, and exposes the blurred line between the police and the criminals they are supposed to detain in the region.

Country: Spain
Year: 2010
Genre: Drama
Javier Bardem has never made a bad film, and this warm yet devastating story is no exception. Following the story of a terminally ill petty thief trying to make a life for himself and his children, you realise that there is no black and white: just blurred lines between right and wrong, and people trying their best to survive.

Country: Mexico
Year: 1992
Genre: Drama
This is a dramatic tale of tradition, love and cooking. Uplifting and beautifully produced.

How Can Watching Films Help You Learn Spanish?

As mentioned above, watching television to assimilate yourself into a new language is a tried and tested above to speed up your foreign language development and cement new skills. It allows you to practice your language skills without pressure: the TV won’t answer back or ask how much of the conversation you understood, for example!

Characters in films (and on television) speak naturally: they speak at a fast pace, and don’t slow down to wait for you to catch up. That means that if you can follow a conversation on the screen, you know you will be able to follow a conversation in real life. Movies also give you context: the background music, reactions of the other characters, and actions can all help you to understand the plot using non-linguistic cues, just as you often do in a real conversation. Finally, if you miss a key piece of information, or struggle to understand a word or word phrase, you can rewind the film and listen to it again and again: something that would be very difficult to achieve in an everyday conversation!