The Best Beaches in Southern Spain: Hidden Gems to Explore this Summer 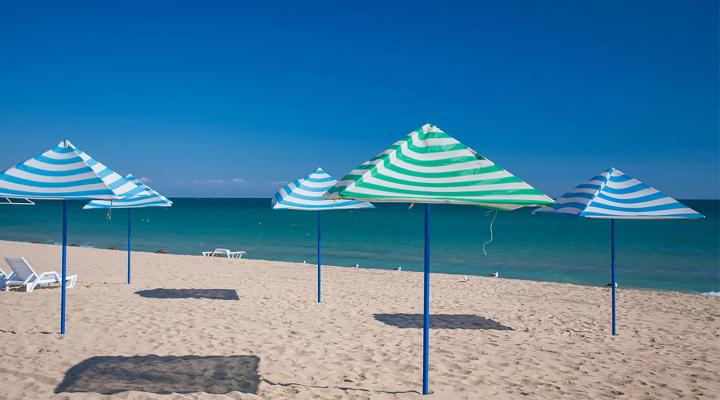 This summer, Spain has experienced some of the hottest weather on record, and when the mercury rises, there is no better place to be than on the beach! Southern Spain beaches are widely regarded as some as the best in the world: no surprise when you consider that unspoilt Andalusia boasts a 1,000 km long coastline. But if you want to head to Andalusia Spain without jostling with the crowd on packed Southern Spain beaches then you need to think outside the box and head away from the beaten track.

With many Spanish nationals choosing to take their holiday time in Spain this summer, as well as an abundance of international visitors returning to our shores, the best beaches in Southern Spain are now busier than ever. But that doesn’t mean that, with a little planning, you can’t find your own hidden gem or a beach or cove to explore.

Where is Andalusia Spain?

Andalusia is the second largest autonomous region in Spain, located in the south of the country and with a vast and expansive coastline that attracts millions of visitors every year. Andalusia borders with Portugal on its west side, and because it is the meeting point between two continents (Europe and Africa) it is a unique melting pot of cultures and experiences that have developed and combined over many years. Here are some of the best beaches in Southern Spain that don’t attract too much attention from tourists:

Cala de Cabo Roche may just be a small cove, but it is considered one of the best beaches in southern Spain thanks to it’s soft yellow sand, incredible views, and the awe-inspiring steep, rugged cliffs that surrounds it. When you visit Cala de Cabo Roche you’ll probably have the whole of this beach in unspoilt Andalusia to yourself, because it is relatively difficult for the average tourist to access.

If you’re looking for a beach that is more accessible then Playa de Donana is a great choice. This is one of the longest southern Spain beaches, at 28km long, and it is located in the Doñana National Park. Its sheer size makes this one of the best beaches in Southern Spain and means that you’re guarenteed to find a spot on this beautiful expanse to call your own.

Despite being one of the best beaches in Southern Spain, visitor numbers are low at the Playa de El Cañuelo, because this beach can only be reached on foot. The beach itself is an expanse of sand, and it is surrounded by a pine tree forest, adding a unique element to this beach experience.

The good news is that Playa del Barronal can be accessed by car: the bad news is that the road can be very arduous and difficult to pass. As a result though, this stunning southern Spain beach is rarely crowded despite its beauty. Incredible lava formations across the shoreline make this beach unique, and make a visit well worth the journey.

Beaches in unspoilt Andalusia don’t get much better than this!  Whilst it can sometimes get busy at weekends, the Playa de La Rijana is a small pebble and sand beach that is surrounded by rock formations so dramatic that they are an attraction in their own right. They also provide protection from the wind and the currents of the sea, meaning that this cove is warm and calm almost all the time.

Playa de Cantarrijan is a nudist beach, though you can visit this sunny spot and remain clothed. It can get busy during weekends in the summer, but is generally quiet and unspoiled during the rest of the year. It is attractive to tourists looking to get off the beaten track because it can be accessed by both bus and car.

Sometimes referred to as Las Alberquillas, Playa de la Alberquilla is one of the few rock beaches on this list of the best beaches in Southern Spain. It is a 400 metre long expanse of shoreline that features incredibly clear waters, perfect for swimming. Its lack of amenities mean that visitors often prefer other local beaches, but its beauty makes it worthy of exploration. This is a clothing optional beach.

Cala de Enmedio is another of those southern Spanish beaches that offers surroundings as beautiful as the beach itself. This small cove is surrounded by fossilised cliffs and rock formations that provide a perfect backdrop for photographs, as well as offering protection from the coastal wind.

Are you thinking of living and working in Spain? Hoping to commit more time to exploring as many beautiful Southern Spain beaches as possible? Whether you dream is to buy or rent a property in Spain, our local property experts are perfectly placed to help you find the home of your dreams. Get in touch today to find out more about how we can help you.