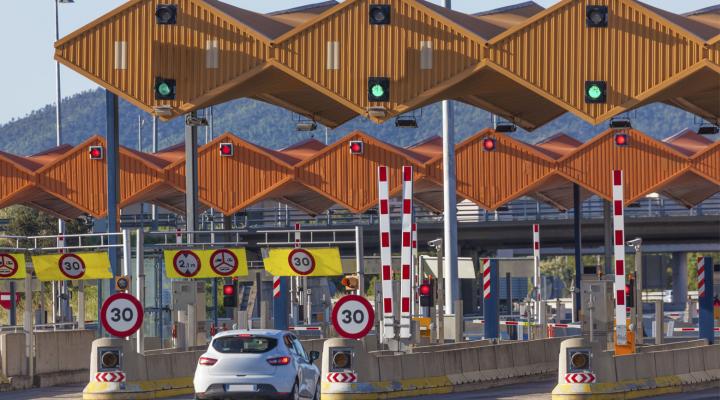 For Brits driving in Spain, one of the most confusing elements is not ’driving on the wrong side of the road’ or interpreting Spanish road signs, but stopping to pay the tolls (and often juggling to find the cash for these when you need it). If this sounds all too familiar then we have good news: many Spanish roads will become toll free this year, and forecasters predict that 2021 could finally be the year that all Spanish motorways become toll free: Here’s everything you need to know.

First, let’s look at the current state of play on the roads in Spain for those driving in the country. It may surprise you to know that Spain has the largest number of motorways and dual carriageways in the EU, and the third largest in the world, surpassed only by the US and China. At present, the country has more than 17,000km of high-speed roads available, and of those roads and incredible 14,000km of these are toll free. That’s much better than in many of Spain’s neighbouring countries, where toll roads are much more commonplace. From 1st September 2021, that number will drop further.

The biggest changes will affect drivers in Catalonia, or those who regularly drive into or through Catalonia. The regional government is taking over the management of privately run highways in the area, and removing the tolls on these roads is one of their top priorities. The routes that this will affect are:

By contrast, whilst 2021 could be the year all Spanish motorways become toll free, it could also be the year that toll charges are introduced to dual carriageways in the country. The government is currently drafting its newest Mobility Law, and Spanish Transport Minister José Luis Ábalos has suggested in the press on several occasions that dual carriageways or expressways will soon incur toll charges. The good news is that these dual carriageway tolls are likely to “symbolic”, amounting to about a tenth of the average toll price on Spanish motorways.

When revealing his plans, Abalos stated that “Anyone who doesn’t have a choice in the matter, such as those driving to work, won’t be charged...But for those for whom driving on these roads gives them the competitive edge in their business activity, we will charge, since they benefit from this infrastructure.”

Will this Impact the Road Quality?

The first question most people ask when hearing that roads will no longer incur a toll charge is what impact this will have on the road quality. This is a good question, as according to the Spanish Road Association (AEC), the country’s vast road network is struggling to keep up with its maintenance requirements, both financially and structurally. This could go some way to explain the government’s decision to introduce tolls on dual carriageways. What’s more all dual carriageways are also state-run, whereas motorways can be privately managed.

For this reason, many Spaniards are opposed to the introduction of toll-free motorways, with 44.3 percent of people believing Spaniards should pay for the estimated €1.1 billion in annual maintenance costs of the country’s road network though tolls on dual carriageways, according to a survey conducted by Spanish news site El Español. By contrast, just over 37 percent felt that Spanish roads should be toll-free whereas 9.5 percent argued that only “tourists and foreigners” should be charged to use the roads in Spain and 2.8 percent argued that tolls should only be applied to transport companies and truck drivers.

Are you thinking of moving to Spain and taking your car for a spin on the great stretches of free motorway? Or perhaps you’re just looking for a holiday bolt hole to get away from it all in pure luxury? Whatever your property needs, our local Spanish property experts can help. Why not get in touch today to find out more about how we can help you.