Spanish Christmas Traditions That You Need to Know About 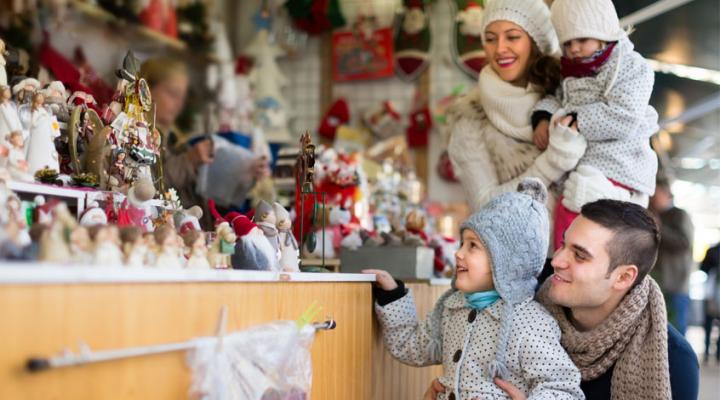 Christmas is fast approaching and, according to the song lyrics, it’s the most wonderful time of the year! This is particularly true if you’re lucky enough to be spending Christmas in Spain, where the season revolves around spending time with family, religious traditions, and plenty of seasonal fun.

Whether you’re visiting Spain, or living in Spain, in December then here are some of the best and most exciting Christmas events and traditions for you to enjoy:

Perhaps one of the most well-known Spanish Christmas traditional is the Portal de Belen, which is a life-size nativity scene that is often found in towns and villages across the country. The nativity scene depicts Bethlehem and the birth of Jesus, including figures of Mary, Joseph, the Kings and Shepherds, and an abundance of animals too. Many shops, homes and work spaces will display small nativity scenes. Meanwhile, the plazas in towns and villages will adopt a ‘go big or go home’ mantra with life-size structures and even real people depicting the characters involved.

If you have small children then it’s worth noting that Santa Claus doesn’t play a large role in the festivities in Spain: he doesn’t bring children presents on Christmas morning and isn’t really celebrated at all. Instead, children are given their presents on January 6th by the three wise men, which is known in Spain as ‘Three King’s Day’. The only exception to the rule is in the Basque Country, where they have their own version of Santa Claus. He isn’t, however, quite like the Santa you might recognise: instead, he is a giant who smokes a pipe and wears peasant’s clothing, leaving presents for small children on Christmas Eve.

The Spanish Christmas lottery is the largest national lottery in the world: for this reason it is known in Spain as ‘El Gordo’ which translates to mean ‘The Fat One’. The lottery takes place on the 22nd December every year, and you’ll be hard pushed to find a single Spanish person that doesn’t play! In fact, it’s so popular that on the 22nd December the draw is screened live on television for the whole morning, and children sing out the numbers drawn throughout their homes and neighbourhoods. In 2019 the prize fund reached an incredible 2.38 billion Euros, so if you’re lucky enough to win then you really will win big.

As mentioned above, children in Spain are much more excited about the arrival of the Three Kings than they are about the arrival of Santa Claus: it is the kings, after all, who bring their Christmas gifts! Th 5th January is the eve of the feast of Epiphany, and to celebrate the Three Kings lead parades through towns and cities across the country. You will see colourful floats, sweets and candy are thrown to the children that line the streets, and music plays. It’s an incredible sight and one that you definitely don’t want to miss if you’re in Spain during the festive period.

The pooping log (known in Spanish as the Caga Tió) is an incredibly odd Christmas tradition that is unique to Catalonia. Effectively, the Caga Tio is a log which is decorated with a face and wooden legs are attached to it: each family has their own pooping log which they keep in their house or garden, and then cover with a blanket (in a bid to keep it warm). On Chrismas log, the pooping log is then hit with sticks by Catalan children who sing a song that asks the log to excrete sweets for them to eat. At the end of the song the blanket is removed and the children eat the candy that they find underneath it. It’s certainly one of the most bizarre traditions on this list!

When thinking about Christmas in Spain, it’s important to note that Spain is a Catholic country where attending church is a key part of the festivities. For this reason, it is very common for families to indulge in a large meal on Christmas Eve and then go to midnight mass, where they reaffirm their faith and celebrate the birth of Jesus. The event has a wonderful air of celebration and a festive, jovial feel.

Wondering what foods you’ll have the pleasure of enjoying in Spain at Christmas? You’ll enjoy an abundance of festive specialities, and the main Christmas meal is enjoyed on Christmas Eve before midnight mass, rather than on Christmas Day as it is in the UK. Dishes to look out for include serrano ham and king prawns. Fish and seafood are always incredibly popular. When it comes to dessert, expect to be served a sweet almond turron and the Roscon de Reyes, which is a circular cake covered in candied fruits.

Finally, once Christmas is over the New Year Celebrations in Spain will always include grapes. In every Spanish supermarket you will be able to buy plastic flutes of cava with twelve grapes inside. The reason? Because eating twelve grapes as the clock strikes midnight on New Year's Eve is believed to bring good luck. Each of the grapes needs to be eaten before the twelve bongs of the clock, and if you don’t manage to eat all twelve then you will have bad luck for the whole year: so be prepared to eat quickly!

Are you thinking of moving to Spain? Or looking for a holiday home so that you always have a place to stay when you visit over the Christmas period? Then why not get in touch with our locally based property experts, who are perfectly placed to help make you dream of Spanish home ownership a reality. We’re already excited to work with you!