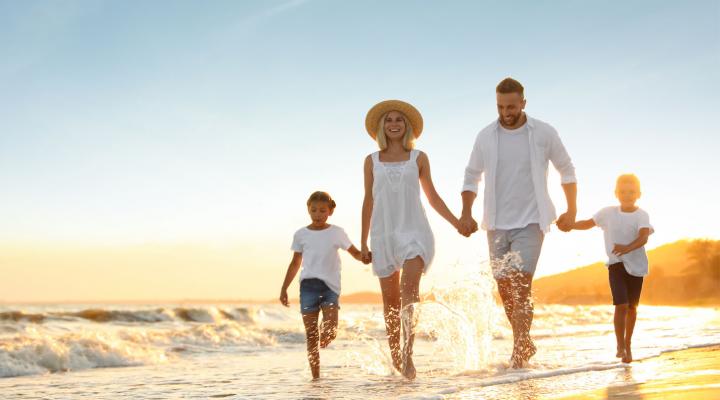 2022 was a great year for Spanish tourism, with international tourists returning to the country in droves. Although the number of tourists visiting the country didn’t quite reach the pre-pandemic levels experienced in 2019, the last full year of tourism before the onset of the pandemic, they did come close. Here’s everything you need to know about tourism in Spain in 2022:

How Many People Visited Spain in 2022?

2022 was the first year of much more open travel to Spain since the onset of the pandemic. During this year the country welcomed an incredibly 66.4 million foreign tourists: a figure that is a whopping 138.9% higher than the number of foreign tourists entering Spain in 2021. The disparity between these two figures is, of course, due to the pandemic travel restrictions that remained in place for much of 2021. When compared to 2019 (the last year before the pandemic), there were 15% fewer foreign tourists visiting Spain, but it is clear that the trend of arrivals to the country is moving in the right direction again.

How Much Money Did Foreign Tourists Spend in 2022?

In a bid to recoup their pandemic losses, and because demand was so high, especially during the most lucrative summer months, the cost of flights and hotel rooms during 2022 were particularly high. This meant that tourists were spending less on other things, with their spending power stifled by the pressures of inflation and other expenses. This meant that the average tourists was spending  €1,241 per person, which is a significant 18% increase on the amount tourists were spending in the country in 2019. Foreign tourists were also spending less time in Spain, no doubt due to the budgetary constraints posed by the growing costs of flights and accommodation. The average duration per visit was 7.5 days in 2022, compared to 8.5 days in 2019.

A whopping €82.8 billion was injected into the Spanish economy as a result of the total expenditure of foreign tourists from January to November 2022. Although this figure is significant, it still represents a 6.2% decrease when compared to 2019 figures. However, it is important to note that this figure does not take into account any tourism spend during December 2022. Estimates suggest that by the time December’s data has been included, that 2022 total will be around €87.1 billion. Overall, in 2022 Spain recovered 85 percent of its pre-pandemic tourism up to November, and 93.8 percent of its total spend.

Will This Figure Continue to Grow in 2023?

There is a lot of reason to be optimistic about the growth of tourism in Spain throughout 2023. In a recent interview with the Spanish press, Spain’s Minister for Industry, Trade and Tourism, Reyes Maroto said that “the containment of inflation in these last months of the year, together with the government’s measures to tackle the impact of the war in Ukraine, are facilitating the arrival of tourists in our country, which makes us optimistic for the year 2023.”

Where Are the Tourists Visiting From?

Spain is a popular holiday destination for visitors from all over Europe, but it is particularly popular with visitors from the UK, who arrive in the country in huge numbers every year. Between January and November 2022, 14.4 million British tourists arrived in Spain, which is 270% more arrivals than in 2021. This figure made Britain the country sending the largest number of tourists to Spain, with 828,680 British tourists visiting the country in November alone. These figures compare favourably to the 17 million British visitors that arrived in Spain in 2019. 16.8% of the total tourist spend for the year was generated from British tourists.

Other nations sending huge numbers of tourists to Spain in 2022 were France and Germany. 9.4 million French tourists and 9.3 million Germany tourists visited the country between January and November.

Which Spanish Regions Were Most Popular?

Looking at the figures released for January to November 2022, Catalonia was the most popular region in Spain, welcoming 14 million visitors. This was closely followed by the Balearic Islands, which welcomed 13.1 million visitors and the Canary Islands, which welcomed more than 11.1 million visitors. These are particularly popular regions for tourists, and also attract the highest amount of tourism spend: The Canary Islands taking 19.3 percent of the total amount spent by foreign tourists in 2022, followed by Catalonia, on 19 percent, and the Balearic Islands with 18.4 percent.

Are you thinking of living and working in Spain? Whether you’re hoping to buy or rent a property in Spain, our local property experts are perfectly placed to decode the process for you, and help you find the home of your dreams. Get in touch today to find out more about how we can help you.