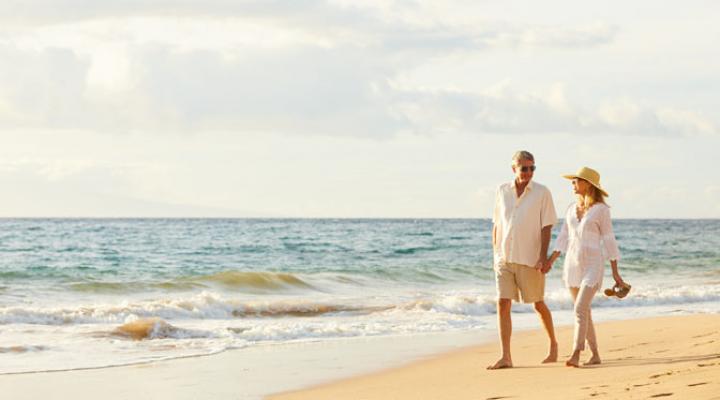 Wondering if enjoying your retirement in Spain is the right decision for you? The figures speak for themselves! According to a survey conducted by wealth management company Canada Life, UK based over 50s have chosen Spain as the best retirement destination for the tenth year running. There are many reasons why UK retirees seem to favour Spain, not least because the country boasts an average of 300 days of sunshine a year (325 days of sunshine if you choose to move to the Costa del Sol). But what else attracts over 50s to this beautiful country? Here’s everything you need to know:

What Did the Survey Show?

The Canada Life survey that forms the basis of this base was conducted in mid-August and was completed by 1,000 adults based in the UK and aged over 50. Those who completed the survey had not yet retired, but were considering moving abroad when they did retire. The survey found that:

Given the incredible rise in the cost of living in the UK (taking into account inflation, rising energy prices and food bills, and the general cost of living increase) it is n surprise that many retirees are simply looking to get more bang for their buck. In fact, more than half of respondents confirmed this stating that the cost of living crisis meant they were more likely to retire overseas.

Spain remained the most popular destination for retirees, with Portugal replacing France in the second most popular spot. Other countries that improved their rankings and are gaining increased interest from UK retirees were Australia and the United States.

Things to Consider Before Retiring Overseas

If you are approaching retirement age and contemplating the lifestyle change of retiring overseas, then it is important to ensure that your finances are in place before you move. Of particular importance is ensuring that you can still access your state pension from wherever you choose to move. The UK has reciprocal agreements on State pensions with many countries, which mean that if the state pension amount rises then you can benefit from this rise even if you aren’t living in the UK. There are currently around 150 countries where there are reciprocal agreements are in place, including Spain and other EU countries. Popular retirement destinations that don’t have these agreements in place include Australia, Canada, India, and some Caribbean islands.

Returning to the Canada Life survey, 23% of respondents that were planning to move overseas were unaware that this might impact their pension payments, showing just how important it is to do your research before you make a move. Other statistics established by the respondants of the survey were that:

The Canada Life survey shows that the dream of retiring abroad remains alive and well in the UK, and that Spain remains an incredibly popular destination for retirees. And it’s easy to see why. Life in Spain offers better weather, a cheaper cost of living, and a laid-back holiday feel. As the cost-of-living crisis continues to bite in the UK, it seems likely that more people than ever will jump ship and explore life in Spain this winter.