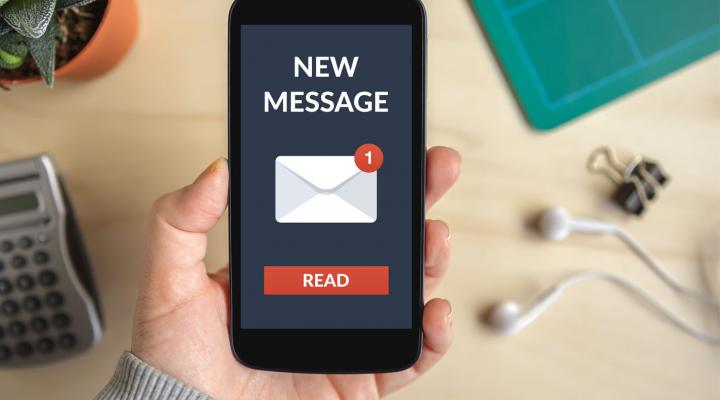 SMS alert systems are very common in other countries, and are successfully used to alert citizens and residents to problems such as natural disasters and other other dangers. The earthquake warning systems in both Japan and Hawaii are great examples of this. Now Spain with have a similar system of its own. Spain’s General Directorate of Civil Protection and Emergencies, which a part of the Ministry of the Interior, has proposed a “system of warnings for the population” that is being developed as we speak. It is thought this system will be released this summer. Here’s everything we know about this system so far, and how it could be useful if you currently live in Spain:

What Will the System Be Used for?

The proposed system will be used by the Spanish government to alert the people that are signed up to use the system of any potentially dangerous situations, natural disasters, or public catastrophes that could impact them based on the area where they are. Recent examples of events that have happened in Spain which would benefit from this kind of system include Madrid’s huge snowstorm last winter, or the recent volcanic eruption on La Palma.

Other events that the system could be used for include terrorist incidents, public health issues (the recent coronavirus crisis is a key example of this), or the forest fires that often impact Spain during the summer months.

How Will the System Work?

The format of the system has changed slightly since it was first proposed. Initially, the government simply planned to send SMS text messages to everyone in the country, but further investigation showed that, due to the sheer volume of people they would be trying to reach, it could take several hours until everyone got the message. Instead, they will adopt Cell Broadcast technology to send the message: in real terms, it will still appear as if you received an SMS message, as the format will be the same. But Cell Broadcast technology sends messages to every mobile phone user within a defined distance from a cell phone tower: this is a much faster system, it is fully automated, and it uses less bandwidth, meaning everyone should receive the message at exactly the same time.

The only slight flaw in this system is that it is not compatible with older mobile phones, so users will need to have a modern smart phone in order to be compatible and receive the messages.

Will Tourists and Foreigners Receive the Messages?

Yes. Because the system will send alerts to all smart phone numbers it picks up in the area, everyone will receive the alert message, including tourists and foreigners. You won’t need to have a registered Spanish mobile number in order to receive the alerts whilst you are in the country.

However it is worth noting, for many overseas visitors to Spain, that the messages will only be written in  Spanish, English and the co-official language of the region such as Catalan in Catalonia.  Therefore if you would struggle to read messages in any of these languages, it might be worth downloading a translator app to your phone before you arrive in Spain, to avoid any panic or confusion.

How Will I Know I Have Received an Alert Message?

When you receive an alert message, your phone will also sound an alarm, and will continue to sound that alarm until you read the message. The purpose of the alarm is to alert you to the fact that an important warning message has arrived and to ensure that you read it as soon as possible. Leonardo Marcos, general director of Civil Protection, has defined this service as a “112 in reverse”. At present you the alert system is only intended to deliver alerts that are at level two or three out of the three levels that are established by the current Civil Protection Protocol. So if you do receive an alert message, you know that it is an emergency and that you should act quickly.