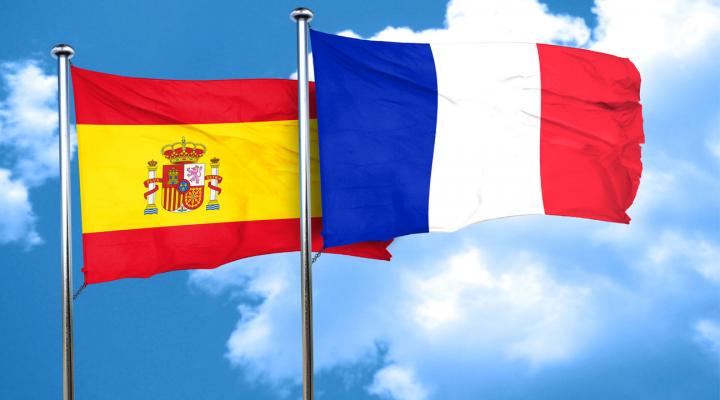 With many people thinking about moving to Spain concerned about securing a visa to remain in the country, in a post-Brexit world, there is now hope, thanks to a deal that has been made between Spain and France. The leaders of both nations, Pedro Sánchez and Emmanuel Macron, have agreed to allow dual nationality between France and Spain, meaning that you can be a French national living in Spain and with Spanish citizenship, whilst still maintaining your citizenship and your ties to your birth country.

Why is this such good news? Well because it gives us hope that similar citizenship deals could be established between Spain and other countries. Here’s everything we know so far:

First, it’s important to point out that securing Spanish citizenship is something that is very difficult for foreign nationals. It is a lengthy and time-consuming process, and it present it takes ten years to be eligible for Spanish citizenship if you are a foreign national, compared to the five years it takes to be eligible for citizenship of most other EU countries. What’s more, the application process itself can take up to two years, and the amount of paperwork involved cannot be underestimated. It’s important to note that the paperwork is all undertaken in Spanish, so if you don’t speak Spanish then you will need a translator to help you with this.

Most importantly, at present when you secure Spanish citizenship it means that you have to give up your original nationality: you will become solely Spanish. This is what is considered very off-putting to many foreign Spanish residents, and what the new deal between France and Spain may be the first step in eliminating.

What Are the Benefits of the Dual Nationality Agreement?

According to immigration lawyer Margaret Hauschild Rey of the firm Bennet & Rey in Madrid,
“It’s a strategic agreement between the Spanish and French states that will be beneficial for both parties... “I hope it will serve as a basis for effectively opening up the possibility of signing similar agreements with other countries of the European Union and the United Kingdom.”

Hauschild Rey continued that “From my point of view, to speak of a European State, means having to set in stone the unity between citizens of the Union...One way of putting this unity and freedom of movement into practice would be to allow a European citizen to acquire another nationality... The law that deals with dual nationality, Article 11.3 of the Spanish Constitution, actually establishes that “the State may carry out dual nationality treaties with Ibero-American countries OR with those that have had or have a particular relationship with Spain”, which suggests that for some nationalities there’s room to be hopeful...Regarding British citizens, they have a special bond with Spain.”

Outside of the Spanish/American arena, France is the first country that Spain has signed a dual nationality agreement with. The Ibero-American agreement applies to  Portugal, Andorra, the Philippines, Equatorial Guinea and twelve Latin American nations: Chile, Peru, Paraguay, Nicaragua, Guatemala, Bolivia, Ecuador, Costa Rica, Honduras, the Dominican Republic, Argentina and Colombia. It is hoped that by adding an agreement with France, Spain is opening the doors to the possibility of establishing agreements with other countries. And obviously, in a post-Brexit world, many people are wondering if this could open up the possibility of dual nationality to British citizens.

There are currently 260,000 British citizens living in Spain, and more than a third of them are over 60 years of age. In early 2020 there were also 185,000 Spanish citizens living in the UK. Having the opportunity to secure dual citizenship would benefit both of these groups, giving British citizens in particular greater stability and security in terms of residence in Spain, less paperwork as well as the right to live and work in other European countries.

Why does Spain traditionally have stricter rules on citizenship?

The rules on citizenship have been stricter than many other nations for an extended period of time, and these are governmental decisions that are likely to change very slowly, if at all. Having citizenship is considered to be a privilege for non-natives and a right that should be safeguarded for citizens who earn it as a birth-right. The world is changing: how these changes will impact on Britons hoping to secure Spanish citizenship in both the short and medium-term is yet to be seen.

Have you always dreamt of moving to Spain? Ready to invest in the Spanish property you’ve always wanted? Whether you’re looking for golden mile properties in Marbella or bargain property in Andalucia, our local property experts are perfectly placed to turn your dreams into a reality. Why not get in touch to find out more about how we can help you.