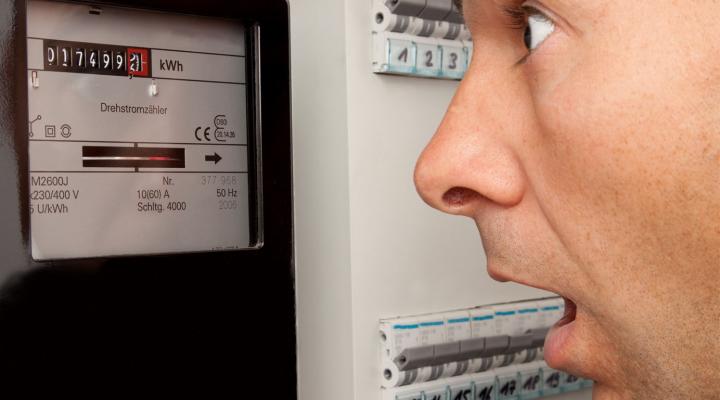 On 26th August 2021, the price of electricity in Spain rose to 122.76 euros per megawatt-hour (MWh). To give this figure some context, that is a whopping five euro increase on the previous record amount, which was established on 13th August, just 13 days before. Electricity prices in Spain are on a meteoric rise. In August 20211, a mega-watt hour (MWh) of electricity cost 46.25 euros, meaning that the cost of electricity has increased to almost three times more than it was just a year ago. These figures are huge, and could have a devastating impact on consumers.

How Will this Affect the Average Monthly Electricity Bill in Spain?

As you would expect, this increase in the price of electricity in Spain will be reflected in consumers monthly bills. The average household electricity bill for august 2021 is forecast to be 43.7 percent higher than during the same month in 2020. These bill amounts could be higher: until December 2021, the Spanish government has reduced the VAT rate on electricity to 10 percent (from 21 percent) for contracted power users of less than 10 kW. The government has also suspected the 7% tax that suppliers pay on electricity generation. Whilst this is good news for now, the bad news is that when these incentives are removed, the cost of electricity is only set to get higher.

If you’re concerned about how much your electricity bill has increased then you’re advised to avoid using your electricity at the most expensive times of the day. These times are currently between 04:00 and 05:00 hours when the costs are currently 119.95 euros/MWh and between 9:00 and 10:00 pm when the costs are currently 129.81 euros/MWh. You may also wish to stop using your air conditioning unit now that the temperatures are starting to drop, as the summer’s heatwave is thought to have driven increased electricity demand. You could also compare electricity suppliers in Spain to see if there is a more affordable or attractive offering available to you.

Spain Electricity Prices are Influenced by the EU

Coalition partners have called on the Spanish government to control Spain electricity prices by putting a ceiling on these, however because of European market rules for electricity, the Spanish government insists that they are unable to do so. Teresa Ribera, Minister for the Ecological Transition, responded to this request by saying: “To say that we can solve this with a decree generates false hopes....Look what is happening in the rest of Europe, it is not a problem that is specific to Spain.”

For Spain’s electricity costs to fall, a larger scale change needs to be made in Brussels by the European Union, and they have no intention of doing so: that means that the problem of soaring electricity prices in Spain isn’t one that is set to disappear any time soon.

Have you always dreamt of living in Spain or retiring to Spain? Whether you’re looking for golden mile properties in Marbella or a bargain property ready for renovation in Mijas Costa, Right Casa Estates are your local Costa Del Sol estate agents, perfectly placed to turn your dreams into a reality. Why not get in touch to find out more about how we can help you.