Spain’s Best Cheeses and Where to Find Them 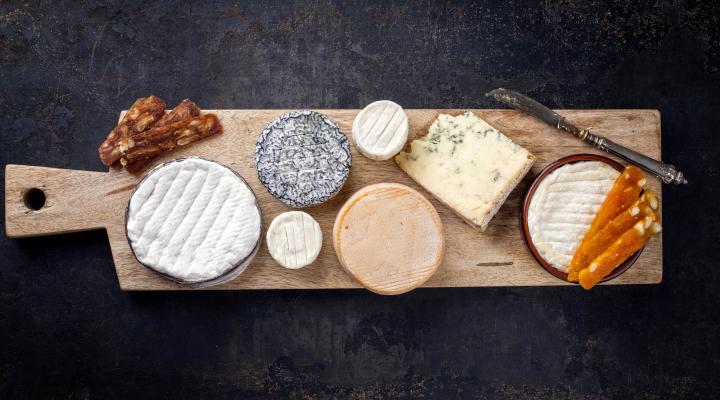 When you think of Spain’s greatest exports, you’re likely to think of tapas, delicious red wines, and rich jamon. But although Spanish cheese is not as famous as the cheese produced in France, Spain is a huge cheese exporter, and boasts a wide range of delicious options. In fact, Spain is the third country within the European Union with the most variety of cheeses. First and second on this list are France and Italy. Spanish cheese is both rich and varied. With that in mind, here’s everything you need to know about Spain’s best cheeses and where to find them:

How Many Varieties of Cheese are there in Spain?

Spain has a huge number of cheese varieties, and you will find these located all over the country. At the time of writing, there are 26 varieties of cheeses in Spain that have been recognised as denominaciones de origen protegidas or Protected Domination of Origin cheeses (DOPs). When a product is certified as from a Protected Domination of Origin, that means that the name of this product is protected and that it cannot be produced anywhere else.  These 26 cheese varieties are located in 13 different Spanish regions. Here are where you can find them, and what they taste like:

Tetilla cheese – This cow’s milk cheese is the most famous cheese in Galicia, both for its flavour and its unique breast-like shape. This cheese has a mild taste, with salty overtones.

Arzúa–Ulloa – Another cow’s milk cheese, this is a pale and soft cheese. The name translates to mean ‘cheese from the land’ and its creamy texture means it is often enjoyed as a dessert cheese.

San Simón da Costa – Made from pasteurised cow’s milk and then smoked, this is a semi-hard and buttery cheese. It is served in a tear-drop shaped ball and has a woody texture.

Cebreiro cheese – The final variety of cheese manufactured in Galicia, this is a soft and white cheese. It is made from the milk of both Galician blonde and Alpine brown cows before being aged for approximately 45 days. This cheese has a slightly spicy flavour paired with a milky, creamy finish.

Nata de Cantabria – Made from Fresian cow’s milk, this is a soft and creamy cheese with a light and mild flavour. That means it is regularly enjoyed as a dessert cheese in the region.

Picón Bejes–Tresviso – The only blue cheese made in Cantabria, this is strong cheese that is made with a blend of sheep, goat and cows cheese. It’s matured in caves found in Liébana region for a minimum of two months.

Cabrales – This is the most widely known of Asturian cheeses and is a blue cheese. It can be made with either cow's milk, or cow's milk mixed with sheep or goat's milk. This is a semi hard cheese with a sharp taste. Although it can be eaten raw, it is most commonly melted into sauces and served warm.

Gamonéu – Another blue cheese this has a smoky flavour and is made from a combination of cow, sheep and goats milk, adding to its richness. You can choose between two type of Gamoneu cheese: Gamonéu del Puertu, which is hard and Gamonéu del Valle, which is rich and creamy.

Los Beyos – A hard or semi-hard cheese this type of cheese is produced within the local mountain range and is matured over between 20 and 60 days. It tastes of the grass and herbs the animals grazed on, and is made of cow, sheep or goats milk.

Afuega’l pitu – One of the oldest cheeses in the region, this cheese is produced using unpasteurised cow’s milk. Creamy and acidic, this is a white cheese with a yellowish rind. Some varieties are orange, if paprika has been added to the recipe.

Casín – A full cream cheese made from unpasteurised cow’s milk; this cheese is made in a unique way by kneading the curds. It smells of cured butter and has a slightly spicy and bitter taste.

Alt Urgell y la Cerdanya – Made from pasteurised cow’s milk and then matured for one month, this is a sweet and creamy cheese.

Idiazabal – You may have heard of Idiazabal, which is the most famous cheese in the region. It is made from unpasteurised sheep’s milk, and is aged to give it a rich flavour.

Camerano –This cheese has been produced in the La Rioja region for more than 700 years. Made from 75 day aged goat’s milk, it has a deep and aromatic taste.

Roncal – The first cheese to gain DOP status in Spain, this is made from raw sheep’s milk and then aged for six months. It is a blue cheese with a smooth and pungent texture.

Manchego – If you’ve only heard of one Spanish cheese then it’s likely to be Manchego. This is a hard sheep’s cheese that is aged for between 60 days and 2 years, depending on how intense you would like its tangy flavour to be. This cheese is often included on tapas menus and served by the slice in traditional Spanish restaurants.

Zamorano – This hard sheep’s cheese is made in the province of Zamora. Aged for six months, the texture and flavour of this cheese is very similar to Manchego.

Valdeón – Made in Leon, this is a blue cheese made from either cow or sheep milk. Some varieties will use a blend of both. It’s often wrapped in sycamore maple or chestnut leaves before being sold.

Castellano – Another cheese this is similar in flavour and texture to the famous Manchego. A six month aged sheep’s milk cheese with a rich flavour.

Ibores – This is a rich and flavourful cheese thanks to the smoked paprika and olive oil that are added to the goat’s milk cheese as it is aged. A two-month aged cheese that is incredibly popular in Spain.

Torta del Casar – A sheep’s milk cheese with a semi-hard exterior and a soft and creamy interior. This is a strong cheese that has an intense flavour and is an incredibly unique taste.

La Serena –Another sheep’s cheese, this is a strong and bitter tasting cheese that has been matured for at least 60 days. Fully matured cheeses are soft and creamy and can be scooped out with a spoon.

Murcia al vino – This unpasteurised goat’s cheese is infused with local red wine giving it an unusual colour and a delicious floral aroma that makes it very popular.

Maó or Mahón cheese – The only DOP listed cheese from the Balearic islands, this white cow’s milk cheese is made on the island of Menorca.  It’s both crumbly and dense with a buttery, salty flavour and is aged for two to three months.

Palmero – Made on the island of La Palma, this is a goat’s cheese that takes on the flavour of the wild plants the goats are left to graze on. This is a slightly smoked cheese with a tangy flavour.

Flor de Guía – A cheese from the island of Gran Canaria, it’s made from Canarian sheep milk, with a mixture of cow and goat milk added in. It can either be soft or semi-hard and is curdled using vegetable rennet made from dried flower heads.

Majorero – The first Canary Island cheese to be awarded the designation of origin label, Majorero is made in Fuerteventura. The cheese is covered in sea salt, paprika and flour which only intensifies its flavour.

Are you thinking of moving to Spain? Perhaps you like the idea of submerging yourself into the traditional Spanish lifestyle and cooking Spanish recipes every day? Whatever your dream, we can help. Why not get in touch with our team of local property experts today, to find out more about how we can help you.