Facemasks have become part of our ‘new normal’ since the Coronavirus pandemic began almost 18 months ago.

But in a move that has been welcomed by many, particularly those living in Spain, from Saturday 26th June it will no longer be mandatory for those in the country to wear a facemask in any outdoor public space.

This is a nationwide decree, and it has been officially announced by Spanish Prime Minister Pedro Sánchez.

An End to Outdoor Facemask Wearing Across Spain

In his statement the Prime Minister was joyous as he declared the end date of the wearing of facemasks in  outdoor public spaces in Spain: “This will be the last weekend we wear masks outdoors as from June 26th we won’t have to wear masks in outdoor public spaces anymore...Our streets, our faces, will start to regain their normal appearance in the coming days.” This announcement was made on Friday in Barcelona, and the decree will be voted through by the cabinet on Thursday, although this is only a formality, as the move has already been announced and confirmed. This means that whether you live in Mijas or Calahonda, the time has come to remove the constraint of your face mask!

This announcement came as a surprise to some, as Mr. Sanchez has said only days earlier that the current facemask rules would end ‘soon’ but wouldn’t be drawn on a date when this change would take place. As a result, many in the country doubted that this promise would be kept, particularly as Spain’s chief epidemiologist Fernando Simón had previously stated in mid-May that the current facemask rules would be reviewed ‘within a matter of very few days’ but this announcement led to no policy change.

Mr. Sanchez’s announcement is a nationwide one, meaning that, in theory at least, noone in Spain will have to wear a facemask after 26th June. But it remains to be seen how the autonomous communities across Spain will react to this news, and whether this new rule will be applied across Spain. Madrid, for example, have already announced that they have ruled out the possibility of easing facemask rules in their region in the near-future.

The northern region of Cantabria have also been vocal about their concerns surrounding the removal, stating on Thursday 17th June that whilst they would listen to the advice of the experts, they would “not take any risks” with their health of their populous. Because there is such a wide range of opinions amongst the autonomous regions, there are concerns in the political community that some of these regions may appeal the cabinet's decision, because they believe that it is just too soon to drop the long-standing outdoor facemask wearing rule

It is important to note at this point that Spain isn’t the only country in the EU to make the decision to end facemask wearing in outdoor public spaces. Just days before Mr. Sanchez made his announcement in Spain, both France and Germany announced that they would be relaxing the facemask rules in their respective countries. Britons residing across the UK have also never been asked to wear facemasks in outdoor spaces. 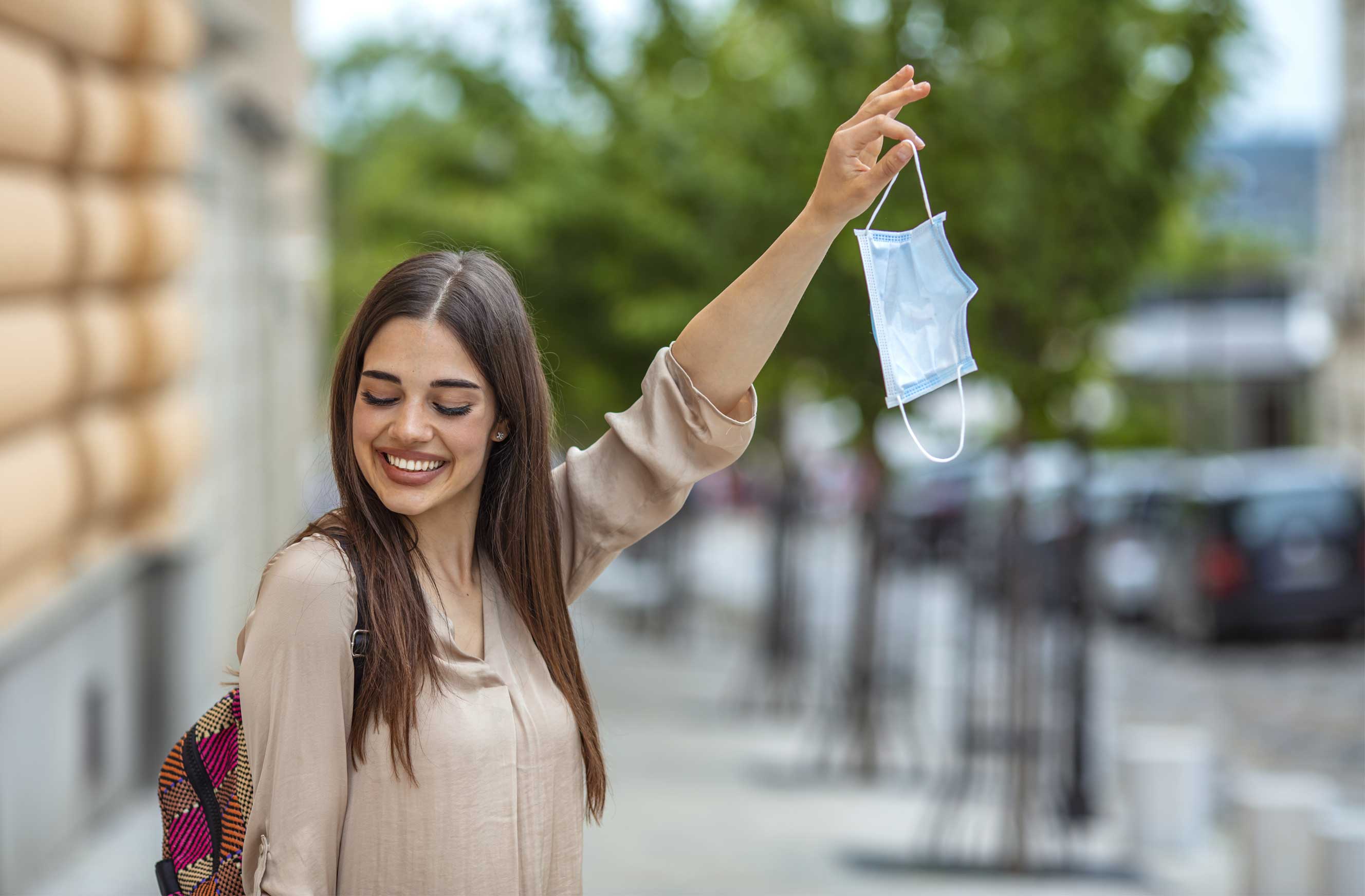 A Welcome Announcement For Many Spaniards

Whilst the easing of facemask wearing in outdoor public places has received a mixed reaction, it will come as welcome news to many living in Spain. Since facemasks were first made compulsory in the country on 21st May 2020, they have attracted controversy. This was particularly apparent when the rules were tightened in March 2021 and everyone in Spain was required to wear masks in both indoor and outdoor public settings, regardless of whether they were maintaining social distance. There was such an uproar amongst both tourists and people living in Spain when they realised they would have to wear facemasks on the beach and by the pool that the Spanish authorities were force to adjust these rules and issue exemptions for outdoor, water-based activities.

When Will Indoor Mask Wearing Be Removed?

Now that wearing facemasks is no longer mandatory in outdoor public spaces, the next step for many is to be able to go mask-free indoors. But there will still be a little longer to wait before this policy to change. The national Health Ministry said that at least 50 percent immunity would have to be achieved amongst the population for outdoor mask wearing requirements to be removed, and that a 70 percent immunity target must be met for indoor mask legislation to be adjusted. The figures currently stand at 47 percent of the population having received at least one dose of the coronavirus vaccine, and the 70 percent target outlined above won’t be achieved until late August.

Always dreamt of moving to Spain? There has never been a better time to turn your dream of Spanish home ownership into a reality. If you’re looking for estate agents in Southern Spain then why not get in touch ? Our locally based property experts are a font of local knowledge, and are perfectly placed to help you find the home of your dreams.

Guide to Getting Married in Spain

How Long Can You Stay in Spain Without Residency If Your Application is Rejected?