Religion in Spain is More Diverse Than You Might Think 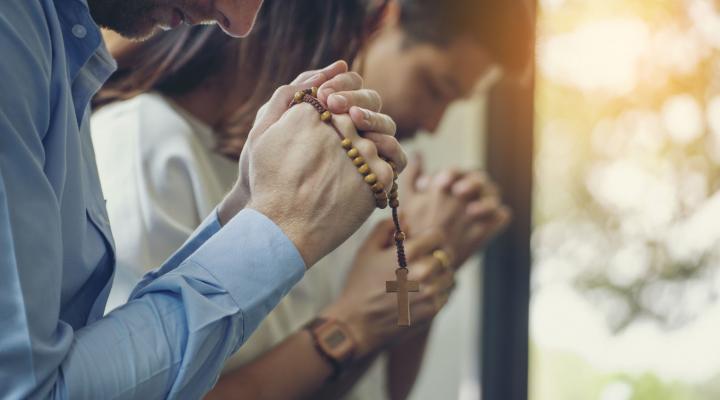 Spain is considered to be a predominantly Catholic country and, to an outsider looking in, it’s easy to assume that the nation is a very religious ones: even the smallest villages are full of churches, religious icons, festivals and feast days. But religion in Spain isn’t as straightforward as it might look at first glance: despite its strong ties to Catholicism, both gay marriage and abortion are legal in the country.

Spain also boasts a small but significant number of places of worship for Islam, Judaism, Protestantism and Hinduism. What many visitors to Spain find more surprising than this, though, is the huge number of people (particularly young people) in Spain who have no religion at all. Whether you’re living in Spain or just visiting the country for your annual holiday, here’s everything you need to know about religion in Spain:

Facts and Figures About Religion in Spain

Catholicism remains the biggest religion in Spain, and has been the dominant religion in the country since the end of the Reconquista in 1492. In 2018, statistics showed that around 67.4% of the Spanish population identify as Roman Catholic Christians, but that large number doesn’t actually tell the whole story: the fact is that Catholicism is declining in the country. Only 10% of young people aged between 15 and 29 identified as practicing Catholics when surveyed, and whilst many Spaniards identify as Roman Catholic around 50% of these are non-practicing. This means that they rarely (if ever) go to church: generally, only for Christmas and Easter, weddings or baptism. For many Spaniards, identifying as Catholic has more to do with family and social events rather than any real religious conviction. Many young Spaniards choose to identify as atheists or non-believers: this is a growing religious identity in Spain amongst the youngest members of the population.

Religion is Still Important in Spain

Despite the drop in numbers of young people who practice Catholicism in Spain, that doesn’t mean that Spain isn’t a Catholic country: their religion as much about their cultural identification than anything else. Everywhere you turn in Spain you will find cathedrals and basilicas. Religious iconography is also highly prevalent, and this forms a key part of what attracts many tourists to the country. It is no coincidence that the most visited tourist attraction in Spain is the Sagrada Familia: an iconic cathedral designed and created by Anthony Gaudi. Historically, Spain is a country that is steeped in religion, but many town centers are using these historic buildings and monuments to attract tourists now, rather than for places of religious practice. You’re more likely to find foreign tourists than worshippers in many of Spain's most iconic churches and cathedrals.

The Decline of Catholicism in Spanish Culture

In cultural and politic terms, Spain is no longer considered a particularly Catholic country, and the Spanish government has chosen to separate church and state in the country. Whilst Catholicism, and the views of the Catholic church are regularly raised in legal debates in Spain, it is clear that the opinion of the state takes priority. Two key examples of this are in gay marriage and abortion laws, both of which are legal in Spain despite being against the teachings of Catholicism.

You will still be aware that you are in a Catholic country when you’re in Spain: just as Britons say ‘bless you’ when someone sneezes, Spaniards say ‘Jesus’ in the same situations. The most popular names in Spain are religion ones such as Maria and Jose. And the most common Spanish word of all, adios, actually translates as ‘to God’ despite meaning ‘goodbye’. These are all hangovers from a deeply rooted Catholic history rather than an example of a country that is still engrained in that Catholic culture.

The take home from this? If you meet someone in Spain, don’t assume that their Spanish culture means that they will be Catholic. Younger Spaniards are just as likely to have no religion at all, and you also shouldn’t forget the huge number of other religions that have small (but just as significant) congregations in the region.

Are you thinking of moving to Spain? Looking to escape the cold and rainy weather in the UK and make an escape to the sun? Then why not get in touch with Right Casa, trusted and experienced Costa Del Sol estate agents who are perfectly placed to help you find the Spanish property of your dreams. We’re excited to help you make your next move your best move!