Love food? Then there’s no better place to be than Spain! This is a country that really knows its food and is a destination for gourmands from all around the world. From the ever-popular paella, to tasty tapas, and to some of the hearty stews regularly enjoyed in the northern regions, there are some recipes that are uniquely, quintessentially Spanish. These are the recipes that define the flavour palette or the mood of a region, and you shouldn’t leave Spain without giving them a try. Here are ten of our favourites:

Paella is the Spanish dish that is most replicated across the world: it captures the hearts (and the stomachs) of the nation’s visitors. Valencian paella is arguably the best, so if you have the chance to try this dish whilst you’re in Valencia then you really must. Constituted largely from rice and fish or meat, paella is a dish that is easy to prepare, and has a hearty and communal feel. 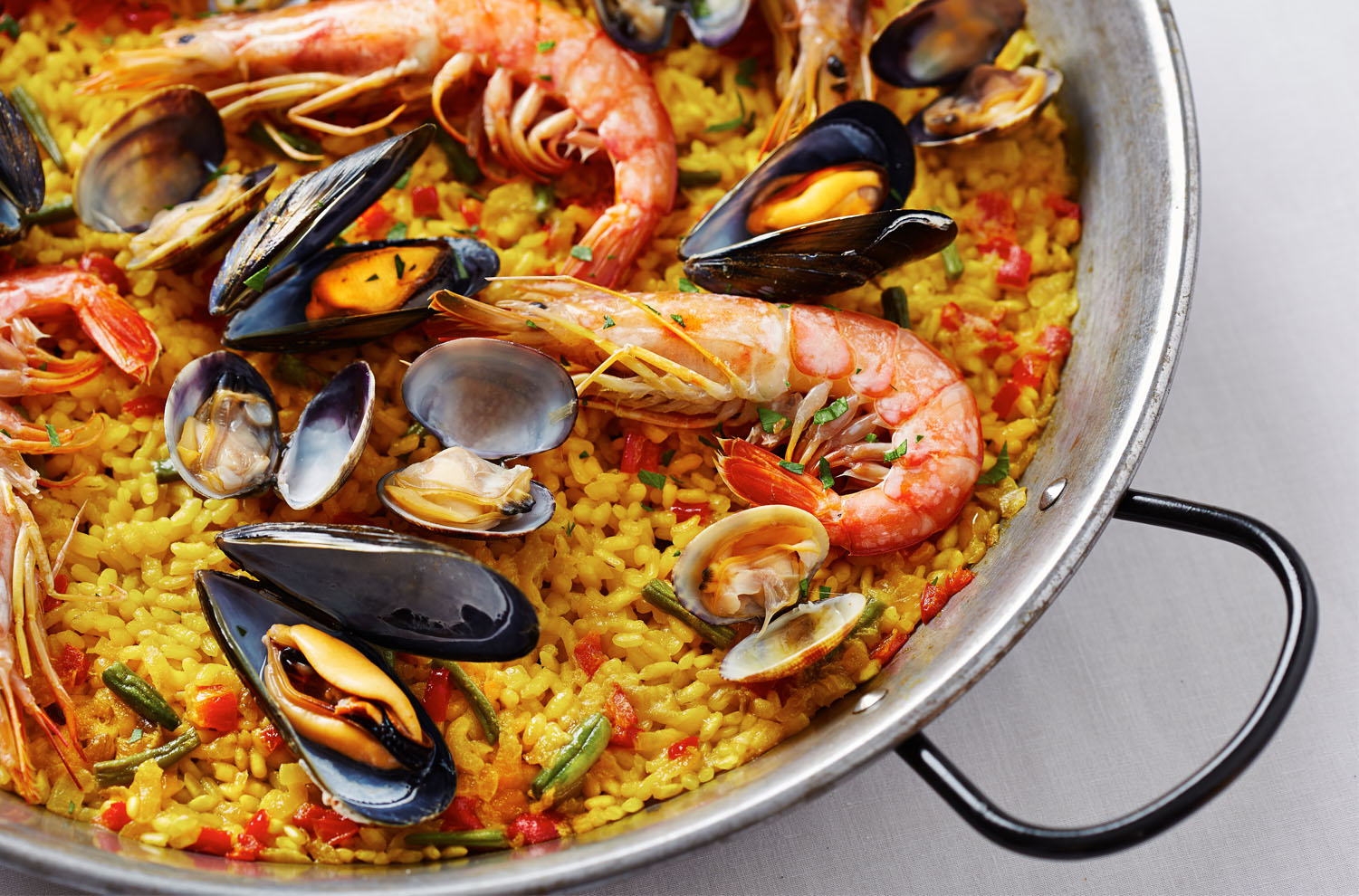 It’s likely that you’ve never heard of zarangollo before. But this is a simple yet incredibly tasty vegetable-based dish that is incredibly popular in Murcia. If you’re green fingered, then you could even make this using ingredients from your own garden! Courgettes, onions, and sometimes potatoes are stir fried and then mixed with egg to create a healthy yet hearty dish that tastes considerably better than it looks!

Salmorego cordobe is a summer soup and, just like gazpacho, it is served cold. However, unlike gazpacho the texture is much thicker. Think less soup like and more mayonnaise or paste like in consistency. With a rich tomato and olive oil flavour, you may choose to scoop salmorego cordobe straight from the bowl, but many locals choose to spread it onto bread like pate.

Pisto is one of the most traditional Spanish dishes you can try: it is also incredibly simple to make, comprising seasonal vegetables cooked into a tomato-based stew. As the name suggests, pisto Manchego is a traditional Pisto recipe but given a Manchego twist. The pisto is served a long side a fried egg or two (depending on your appetite) to create a dish that is much more hearty and filling. Served in this way, pisto goes from being a side dish to a dish in its own right. 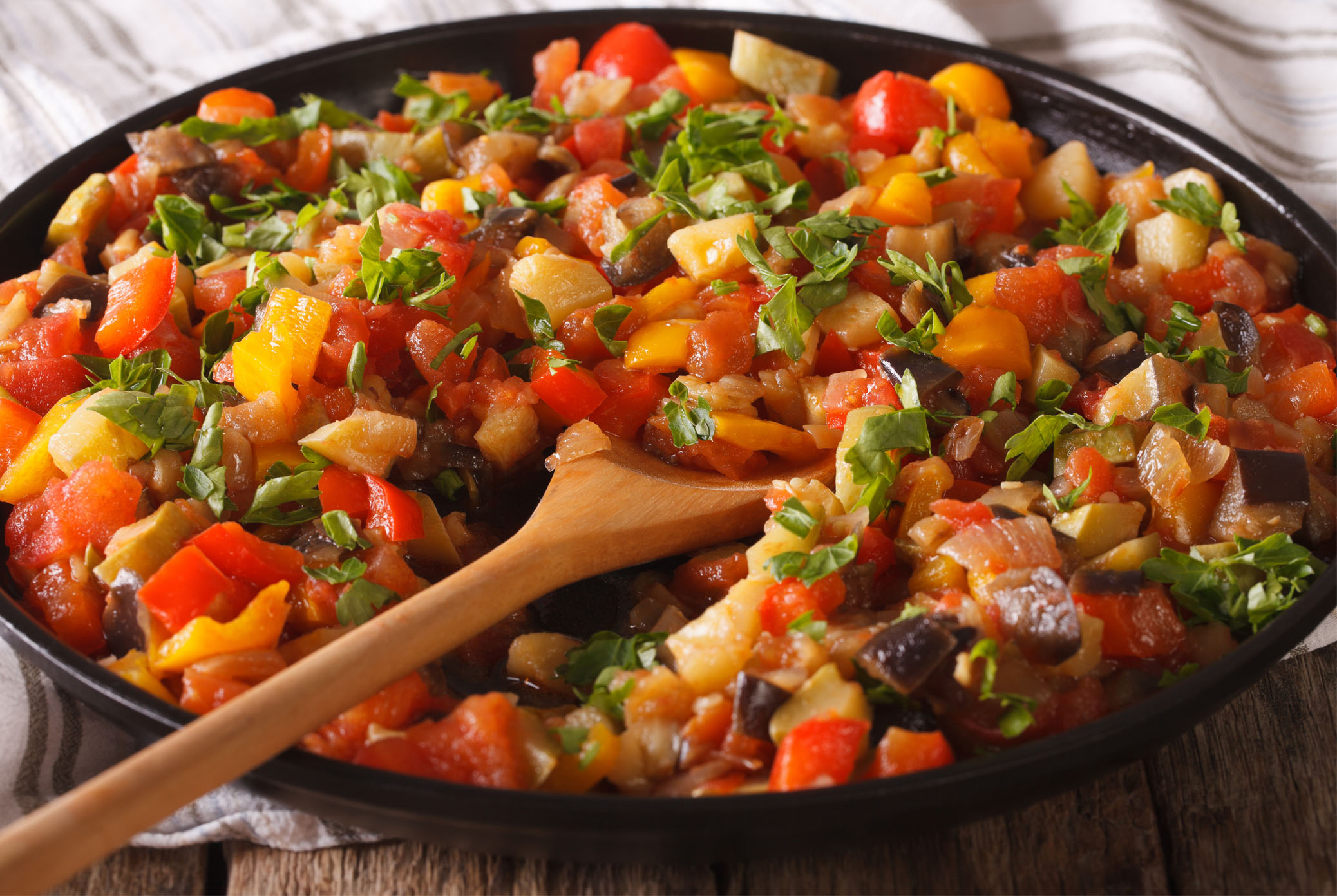 Catalan cuisine is generally rich in sea food but this dish is a little different from the norm. It requires extensive preparation, as it takes so much time to clean the squid. But once it is cleaned, the squid is stuffed with a delicious sauce. The overall effect not only looks stylish but it tastes fantastic. Unless most rustic and ready Spanish dishes, this one is elegant, which is why it is often chosen for dinner parties and other events.

It’s likely that you’ve never heard of quesada pasiega, but this is a very ancient dish. It was first prepared in Spain in the 14th century, and is a simple but popular dish that is still prepared in the country now. It’s cheesy, creamy, and delicious.

Avila is an area that is located in the mountains of Castile and Leon, and it is a region famous for a rich and hearty potato dish. Mashed potatoes are blended with paprika and bacon to create a vibrant orange dish that is both crunchy and creamy at the same time. This is a hearty yet no nonsense taste of Spanish flavours at their finest.

Bartolillos. Are delicious pastry triangles that are packed full of pastry cream once they have been deep fried. Simple yet effective, these are incredibly popular and sweet dessert tarts that you will find all over the streets of Madrid. Sold in restaurants as well as from windows, bartolillos are one of the best legacies of the old Madrilenian pastries. Be warned: it’s impossible to eat just one!

Thanks to the popularity of chorizo and Iberian ham, many people assume pork is the most commonly consumed meat in Spain. But actually, Lamb is one of the most consumed products in our country. And lamb stew is considered to be something of a national dish: it’s easy to make and doesn’t require many ingredients, but you will often find Spanish families gathered around the table to tuck into this national treat, particularly during the winter months.

Fritá of octopus from Formentera

The Balearic islands are lucky enough to boast seafood in abundance, so octopus is an incredibly popular dish here. The octopus fritá is a very typical example of Ibicencan gastronomy and you will be able to find this delicious dish in most restaurants and bars in the Balearics. The ingredients needed to prepare your dish are also easy to source, if you’re feeling adventurous.