Qatar Announce Plans to Invest an Additional €4.75 billion in Spain 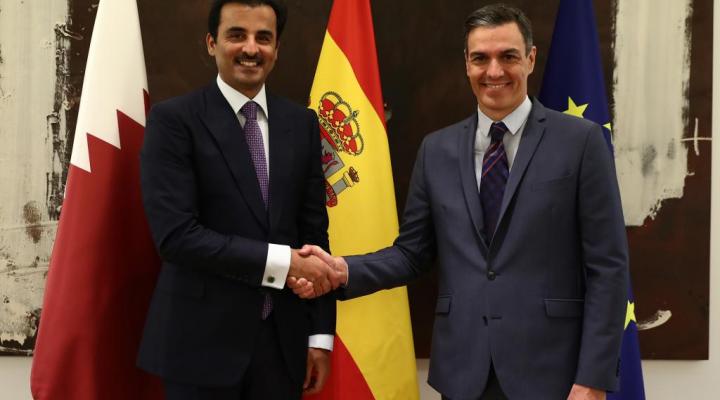 The Emir of Qatar, Sheikh Tamim bin Hamad Al-Thai, is currently enjoying a state visit to Spain. The two countries share a close relationship, with historical relations of friendship and cooperation being well-established, and benefiting the people of both Qatar and Spain.

A number of agreements have been signed between Spain and Qatar during the visit, which has mainly focused on liquefied natural gas and energy security. But as well as helping to ease the burden of the energy crisis, Qatar also made another significant announcement during the visit: the unveiled plans to invest an additional $5 billion (€4.75 billion) in Spain, helping the country to further grow its economy and strengthen the bilateral ties. Here’s everything you need to know:

Why is Qatar Investing in Spain?

An investment of $5 billion (€4.75 billion) is a significant one. So why is Qatar choosing to make such a sizeable investment in Spain? One of the main reasons for this is to strengthen the bond between the two countries, which is beneficial to both sides. When announcing the investment during a business meeting with the Qatari delegation, Spanish Prime Minister Pedro Sanchez said that “Qatar will invest close to five billion euros in our country in the coming years....It is a gesture of confidence in the Spanish economy and Spanish businesses which will strengthen bilateral ties.”

We don’t yet know when this investment will be made, or which specific sectors the sizeable sum will be invested in. Qatari Foreign Minister Mohammed bin Abdulrahman Al-Thani said in a tweet on the day of the announcement that “The volume of investments agreed upon with the Spanish side amounts to $5 billion in various sectors,” but no further or more detailed information has been released at this stage.

Do Spain and Qatar Have an Existing Relationship?

Whilst we don’t know what sectors this new investment will be made in, we do know that, historically, Qatari investment focuses on several specific sectors, including civil aviation, construction, energy and communication, therefore it would not be a surprise to see the additional investment being spent in these arenas.

What Else Are Qatar Doing in Spain?

During their time in Spain, the Qatari representatives have met with a huge number of Spanish officials and have agreed to sign a significant number of commercial contracts. The main focus of these contracts is on the energy sector, as the Spanish government seeks to diversify its gas supplies in a bid to mitigate the energy impact it is experiencing following Russia’s invasion of Ukraine. The relationship between Qatar and Spain is an important one for Spain because Qatar is one of the world’s three biggest exporters of liquified natural gas (LNG). Spain, like all European States is looking for viable alternative sources of natural gas so that they can wean themselves from their dependence on Russian supplies. Shipping LNG by boat from Qatar to Spain would be a relatively simple process. Currently just 4.4% of Spain’s LNG supply comes from Qatar: the country’s primary sources of natural gas at this stage are the United States, Algeria, Nigeria and Egypt.

The Qatari visit to Spain has been deemed an incredibly successful one. Spain is just one stop of many on the European-wide tour for the Qatari leader. He will now visit Germany, Britain, Slovenia and Switzerland, where he will attend the World Economic Forum in the mountain resort of Davos which runs from May 22-26. Qatar is working hard to raise its public profile, as the country is due to host the football World Cup later this year.