Protecting the Environment in Spain: Plastic Packaging to Be Removed from Fruits and Vegetables 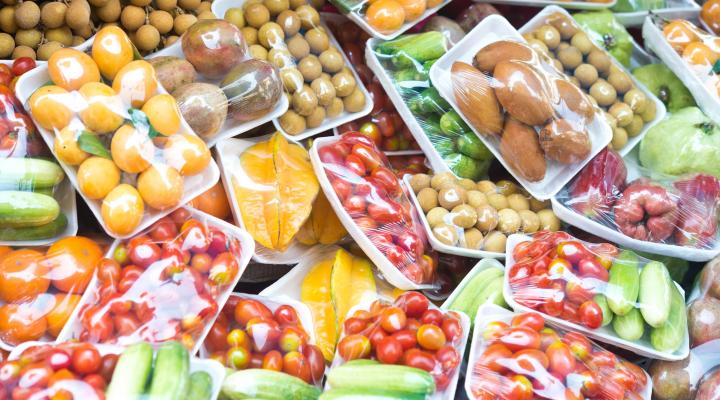 Here’s everything you need to know about this decree, and what it means for you:

Spain’s Ministry for Ecological Transition has drafted a significant new decree which will come into force in 2023. This decree will ban plastic wrapping from fruits and vegetables that weigh less than 1.5 kilos. This means that if you are buying your veggies in bulk then plastic packaging will still be permitted, but if you are buying fewer items then you will be encouraged to purchase loose items instead. This will also have the knock-on effect of encouraging consumers to shop in local stores and supermarkets, as this will make it easier to transport loose produce home.

There will be some products that will be excluded from this ban; products that might deteriorate or become damaged if they are sold loose will still be able to be sold in plastic packaging, if necessary.

Why is the Ban Being Put in Place?

The primary reason for this ban on single use plastic products is environmental. Plastic drinking bottles are a particular focus of this campaign, because they are historically the most damaging. The secondary reason for the decree is to ensure that Spanish law is in line with the European Union rules that are also in place surrounding the use of single use plastics: the Spanish legislations have been designed to mirror the rules that are due to come into force in France in 2022.

A spokesperson from the Ministry of Ecological Transition said the aim of the ban was to “fight the overuse of packaging in the most effective way,” adding that plastic pollution has “exceeded all limits” justifying the new measures.

Where We Are and Where We’re Going

Right now, Spain does not recycle the majority of the plastic waste it producing, generating around 16 million tons of plastic packaging annually. Of this 1.6 million tons, only half of this is recycled, and the two thirds of what is sent to landfill is unable to be recycled.

Spain hopes to flip these figures on their head, making 100% of their plastic packaging recyclable, meaning that (theoretically at least) none of this should end up in land fill after this point. In conjunction with this ambition, the government also plans to cut the number of plastic bottles sold in Spain by half by this date. This will be achieved by promoting the use of alternative containers, including harder plastic bottles or glass bottles, both of which are not single use and can be used several times.

How Will This Work in Practice?

In theory, reducing the amount of plastic that is used is a great idea, but how will this work in practice? For businesses that buy huge quantities of single use plastics, such as hotels, restaurants and cafeterias, they are being given smaller and more attainable targets: by 2025, 50% of the plastics they use and sell should be recyclable. But 2030, this figure will increase to 60%. For beer bottles, the 2025 target will be 80%, and this will rise to 90% by 2030. Finally, for soft drinks the target for 2025 will be 70% and the goal for 2030 will be 80%.

And for ordinary householders and everyday consumption? The target is less ambitious: beverage packaging should be recyclable in 10% of cases by 2025 and 20% of cases by 2030. These targets are being welcomed by green campaigners, but many are also suggesting that the government isn’t acting quickly enough. However, it’s important to remember that any step in the right direction is a step worth taking.

Have you always dreamt of living in Spain or retiring to Spain? Whether you’re looking for golden mile properties in Marbella or bargain property ready for renovation in Andalucia, our local property experts are perfectly placed to turn your dreams into a reality. Why not get in touch to find out more about how we can help you.