The highlight at the end of any Spanish meal is the opportunity to indulge in a Spanish dessert.

Decadent, sugary, and rich, there’s something to satisfy almost every palette on a typical Spanish dessert menu.

To help you choose which pudding is right for you, here are some of our favourite Spanish desserts for you to try the next time you go out for dinner in Spain:

Perhaps the most famous and iconic of all Spanish desserts are churros. These are fried dough fritters which are served piping hot. They are often covered in sugar or cinnamon, and served with a bowl of thick chocolate or caramel for dipping. You can find churros almost anywhere in Spain: in cafes, from late night snack vendors, and even from dedicated churro bars. Whilst they make an excellent dessert, in Spain they are frequently enjoyed at any time of the day. They’re the perfect Spanish dessert if you’re creating a traditional menu, and because of their sugary coating, they’re ideal for anyone with a sweet tooth.

You can find a great recipe for churros served with chocolate sauce here. 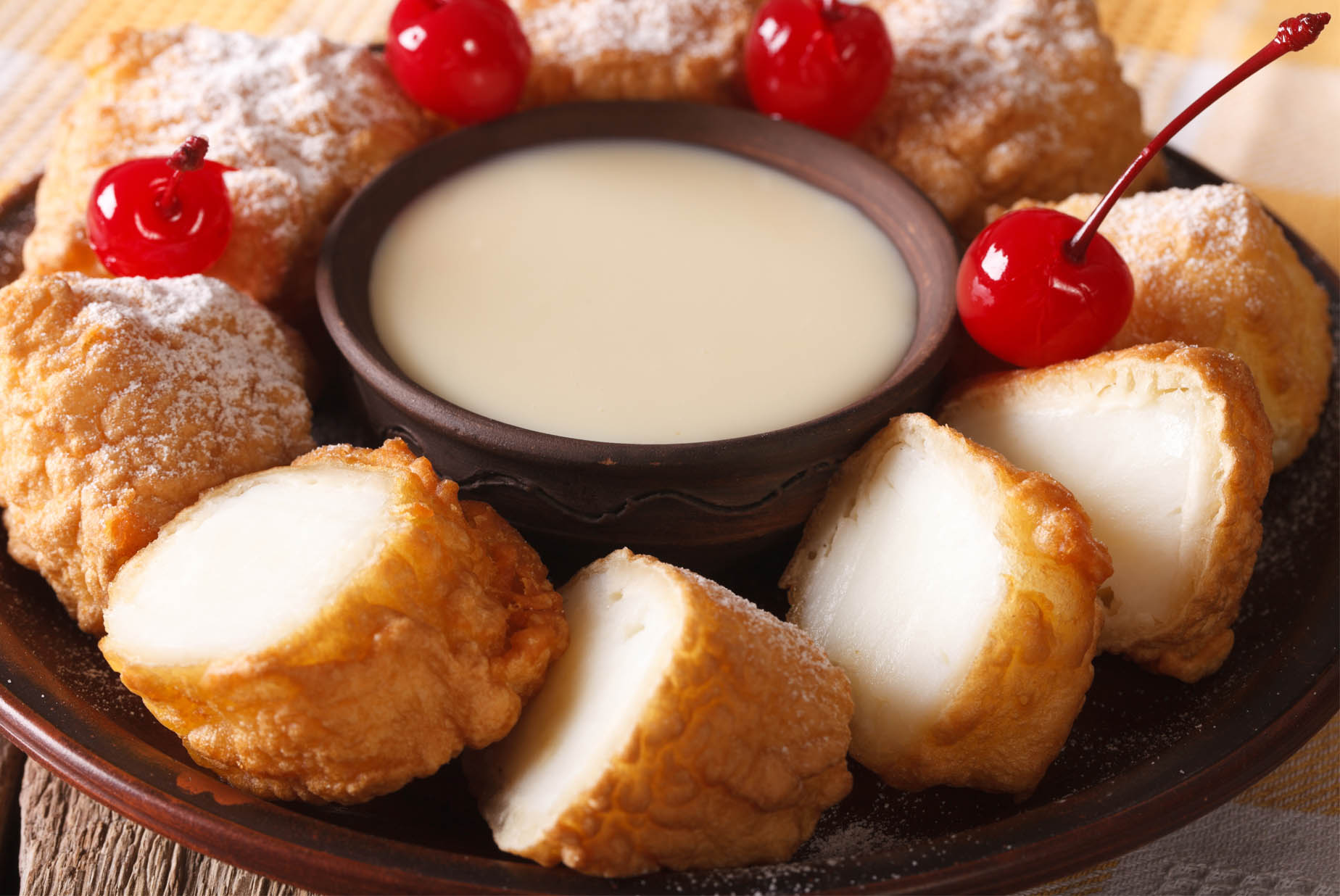 Leche Frita might not sound appealing, with the concept of fried milk not at the top of anyone’s ‘must try’ list. But this delicious Spanish delicacy will quickly change your mind! Leche Frita is a milk pudding that tastes both sweet and creamy. It is made by encasing the milky pudding in batter which is that fried until it is crunchy. The finished dessert is dusted with both cinnamon and powdered sugar. You can choose to eat your leche frita on its own, but more commonly it is served with a choice of ice cream or whipped cream. 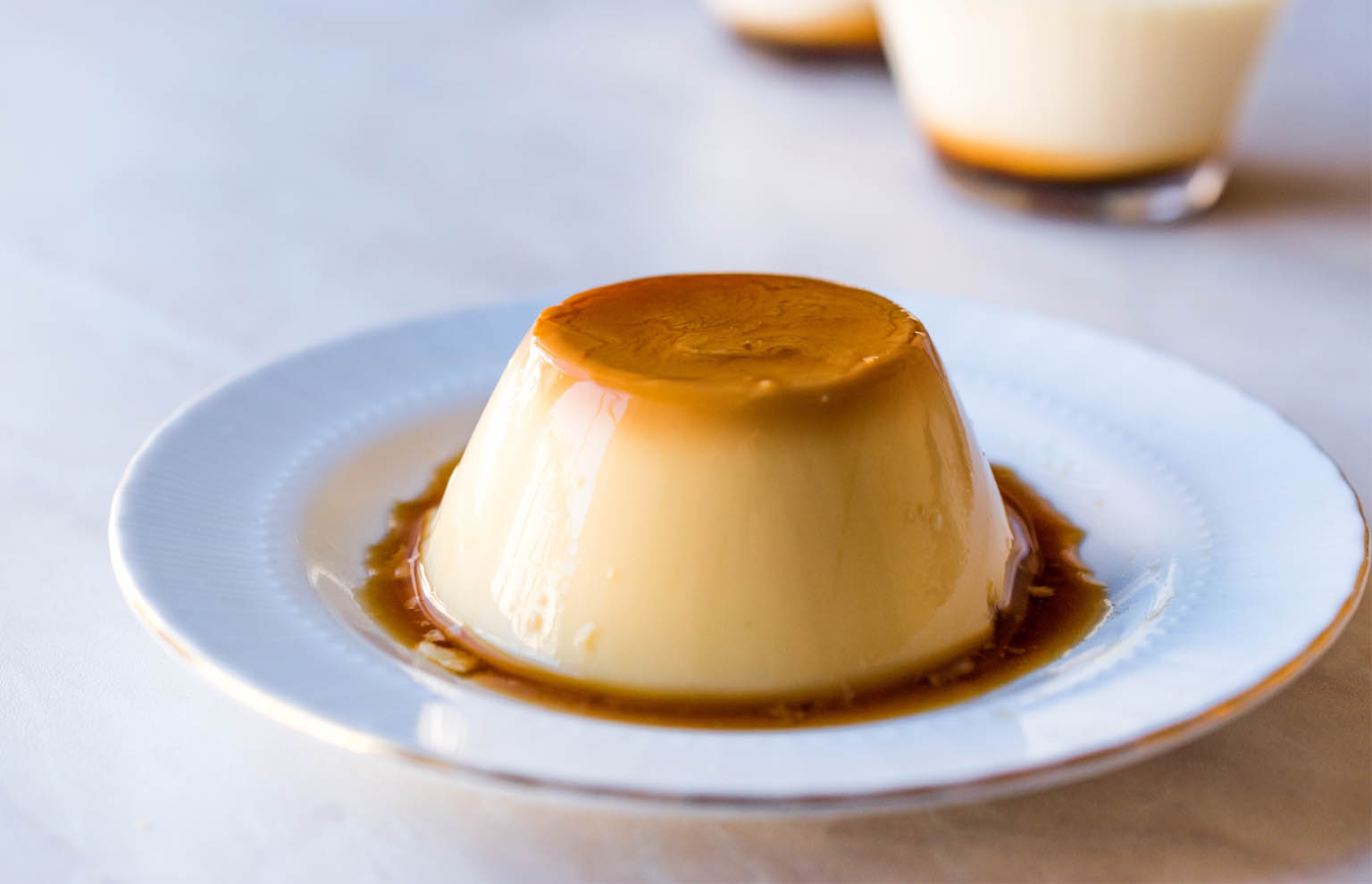 Many Spaniards don’t view churros as a dessert. If you fall into this camp then it is likely that you will consider flan to be the most popular and widely available dessert in Spain. What makes flan so appealing is that it is such a versatile dish: at its heart, flan is a gelatinous creamy dessert made of an egg custard mix. You can then choose to flavour this with vanilla and caramel (which is the most traditional Spanish flan), coconut, or even cheese. Many modern chefs have their own delicious and unusual versions of the classic Spanish flan that are well worth trying.

Making this dessert is incredibly easy. Eggs, whole milk, condensed milk and sugar and mixed together in a metal mold and then cooked over a Ban Marie. A Spanish flan is as simple to make as it is to enjoy, and is a great way to end any meal.

Another cream-based dessert, Arroz con leche is the Spanish version of a traditional rice pudding. This is a great way to use up any left-over rice and can be made in a matter of minutes. Simply mix rice with either water or (better still) milk and the ingredients you wish to flavour your dessert. These typically include raisins and other dried fruit, cinnamon, vanilla and sugar. This dish is so popular in Spain that as well as being served for dessert it is also enjoyed as a day time snack: unlike a traditional English rice pudding, which is served hot, Spanish rice pudding is served chilled. This makes it a refreshing dessert no matter what time of year it is. 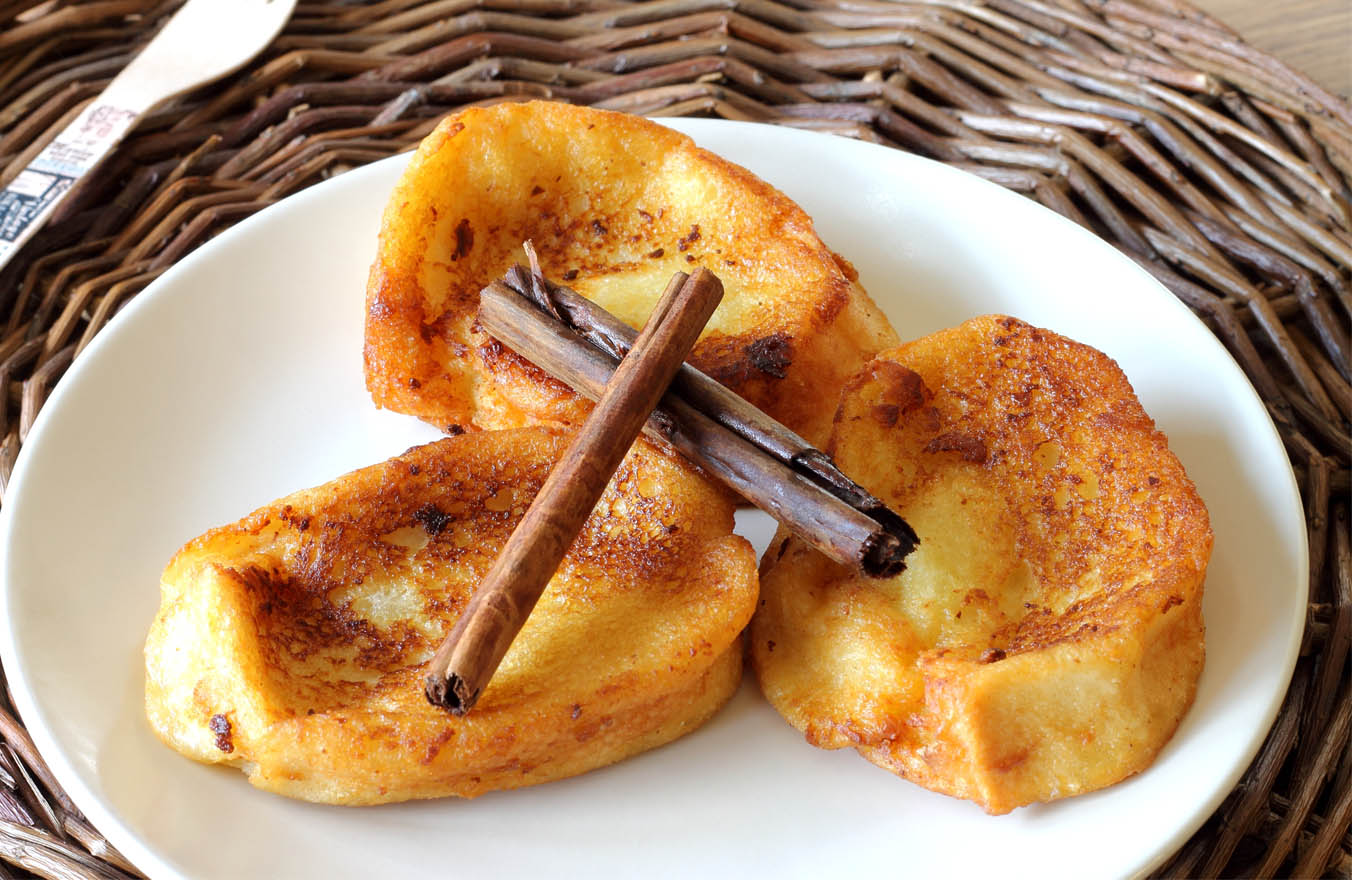 Torrijas is perhaps the easiest and quickest Spanish dessert to make on our list. This is a bread-based dessert that is very similar to classic French toast. Thick slices of white bread are dipped into an egg custard mixture until they are fully soaked. These soggy bread slices are then fried until they are golden brown and crispy. To further sweeten the dish, it is served warm and covered in plentiful cinnamon and powdered sugar.

Top tip: when making Torrijas use stale bread rather than fresh bread. This holds its shape better, and gives a more polished finished result. So if you have an old loaf of bread in the cupboard, this is the perfect excuse to whip up and enjoy a tasty dessert!

Popular in the region of Catalonia, crèma Catalana is the Spanish version of the more famous French dish, crème brulee. What makes the two desserts different, however, is the quality of the ingredients used. Whilst crème brulee is made with cream, crema Catalena is made with milk that is then thickened with corn starch. That’s not the only thing that makes the two desserts taste distinctively different: crème brulee is flavoured with vanilla, whilst crema Catalana is flavoured with cinnamon and lemon zest. Beyond these differences, however, the two dishes are very similar, and both are finished with a generous layer of brown sugar which is then burnt in order to create a caramelised crust that you will have to crack open to enjoy your dessert. It is this crust that makes crema Catalana look so impressive, making it a great option for gatherings and dinner parties.

It is often said that we eat with our eyes, just as much as our mouths. And if you’re looking for a Spanish dessert that is visually appealing then Flores de Hojaldre is the perfect choice. First create in central Spain, in the Alcala de Henares area, this is a pastry dessert that resembles a delicate and intricate flower. Light and a true delight to look at, these desserts also taste sweet and delicious: they are covered in powdered sugar and then flavour is added with ingredients chosen by the chef. This could be anything from jam, finely slices apple or pear, and the more conventional options of chocolate, cinnamon, or honey.

Finally, it would be impossible to talk about traditional Spanish desserts without mentioning Pestinos. Traditionally enjoyed around Christmas time, these are twisted deep fried pastries that have been flavoured with festive flavours such as spices, orange or anise liqueurs. This dessert is popular in southern Spain, particularly Andalusia, and they taste sweet and crispy. So popular are pestinos that they are no longer reserved for Christmas: they are also enjoyed during Carnival, Lent and All Saints day.

Are you being enticed by these delicious Spanish desserts and thinking of living in Spain? Perhaps you like the idea of submerging yourself into the traditional Spanish lifestyle and cooking Spanish recipes every day? Whatever your dream, we can help. Why not get in touch with our team of local property experts today, to find out more about how we can help you.

What is a ‘Carta de Invitacion’ and How Could It Impact Your Family and Friends Visiting This Summer?