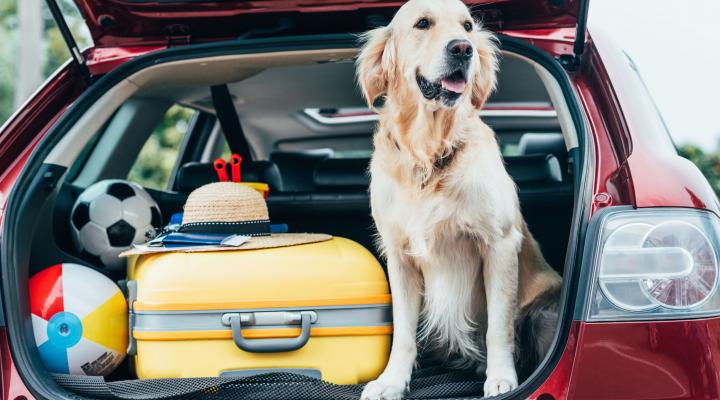 If you’re a pet owner currently living in Spain, or contemplating moving to Spain, then the information contained in this article should be considered essential reading.

This is because a new legislation has been introduced in Spain which has the intention of protecting the rights and wellbeing of animals in the country, and this may well have an impact on the way that you live with, and care for, your pets.

Here’s everything you need to know:

What Will Change for Existing Pet Owners in Spain?

From Wednesday 5th January, all animals (including domestic animals such as dogs, cats, and rabbits) will be considered to be ‘sentient beings’ in Spain. In real terms, this means that rather than being seen as objects or possession, as was previously the case, they are now considered to be legitimate family members. This means that, in the case of a family breakdown, custody arrangements must be considered for pets in the same way that they are for children. To assess who would retain custody of the pet, their welfare and wellbeing would be taken into account.

These rules apply to all pets, rather than just conventional ones like cats and dogs: the rights and wellbeing of birds, fish, reptiles, and any other domestic animal would also be protected under this series of new laws. What’s more, in the event that you (as the pet owner) pass away, the wellbeing and care of your animal would also be protected.

What Will Change for New Pet Owners in Spain?

Under the new legislation, if you wish to adopt a pet whilst you’re living in Spain then you will need to undergo a training course first: this will teach you how to care for your pet, and ensure that the animal is properly looked after.  This isn’t a new concept in Europe: several other European nations, including France, Germany, Austria, Switzerland and Portugal already recognise that animals are sentient beings, and therefore treat them as such.

What Other Changes Will the Legislation Bring?

Whilst the current changes to the treatment of animals come into force on 5th January, further legislation has been drafted to extend this protection for animals in Spain.  This legislation, which was drafted in October, will stop the euthanisation of animals without a legitimate medical or safety reason. This will be a huge change in Spain, where hundreds of animals who end up in shelters everyday are routinely euthanised simply because a new owner doesn’t come forward to adopt them: this practice will stop.

The new legislation would also introduce a blanket ban on animal circuses, and a ban on all animal sales within stores, such as pet shops. Whilst this legislation has not yet been approved, this draft laws are currently being assessed by the Cabinet. Once this step is completed, the legislation will be passed down to the lower house and Congress of Deputies where it will ultimately be approved: it is expected that this approval will be received at some point in 2022.

Although not part of this legislation, 2022 should also see changes made to the Criminal Code, which will make animal abuse a more severe crime, and one for which harsher punishments are issued.

The Introduction of an Animal Database

As part of the new legislation, all domestic animals will be registered on a central database and then issued an animal DNI number. It will be mandatory, rather than optional, that all pets are listed on this registry, in a bid to protect the rights of each animal in Spain as sentient beings, under these new laws.

In order to approve the introduction of the DNI database, three pieces of existing Spanish legislation were modified: Spain’s Civil Code, the Mortgage Law and the Civil Procedure Law. There are many proposed benefits of the new database: if they are lost, pets can easily be reunited with their owners. If they are abandoned or abused, the culprit can easily be identified and brought to justice.

Specific information about the DNI database is yet to be released, so we don’t know for sure whether this will be implemented by central government or each autonomous community. What we do know is that the animal ID cards will be issued in a digital format, making the process as easy as possible for pet owners.

Are you thinking of moving to Spain with your pets? Whether you want to make a permanent leap, or are looking for the perfect holiday bolt hole, our locally based property experts are perfectly placed to help you find the home of your dreams. Why not get in touch today to see how we can help you.