Motorways in Spain: Should They Be Toll Free? 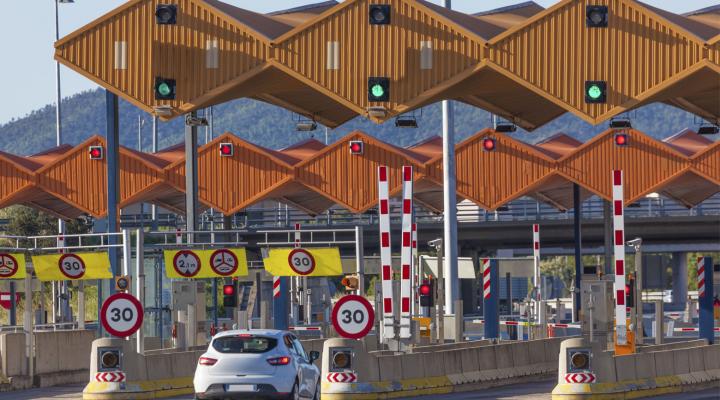 There is currently a huge debate surrounding free toll roads in Spain, and who should be responsible for the maintenance and upkeep of the nation’s motorways. Many motorways in Spain have long been toll roads, but now the government is struggling to decide what the best route is for its thousands of miles of motorways.

On 1st September, the toll road concessions that were held by the toll road operator Abertis in Spain expired and was not renewed. This means that just over 500 kilometres of motorway across the country were returned to state control. At this point, Prime Minister Pedro Sanchez has done nothing with these motorways, and they now feature a message that reads ‘don’t stop’ above the toll booths, with motorists now able to drive straight through without making a payment. By continuing not to charge tolls on these roads, which largely focuses on the AP-7 motorway that stretches between Barcelona and the French border, Spanish motorists (and other road users in the country) will save a collective 750 million euros each year, according to the Spanish transport minster, Raquel Sanchez.

The Current System for Motorways in Spain

Some of the best driving roads in Spain are toll free ones: in fact, almost 85 percent of motorways in the country are currently toll free. This trend is only set to continue, because Prime Minister Pedro Sanchez pledged to not renew toll road concessions as part of his 2018 election campaign, and this is a promise that he has stuck to so dar. In 2018 the concessions ended on three motorway networks, and last year another two concessions were ended without renewal. That means that over the past three years 1,029 kilometres of motorway have been retaken into public hands and no longer operate a toll road system.

Prime Minster Sanchez intends to completely overhaul Spain’s motorway system, and the way that it is managed, to offer more consistency across the country, so that motorists will have a clearer idea of what is expected from them, no matter where in the country they are driving.

What Will Happen to Motorways in Spain Next?

What happens next to the Spanish motorway system is a sensitive issue, with many question marks surrounding whether or not Sanchez will keep his election promises. According to the transport minister, the government are currently considering introducing a new tariff system for the motorways they are responsible for (a toll by any other name) claiming that the new model would be “publicly run, fair and homogenous throughout Spain”.

This is not a new concept for Spanish motorways, as over the years the Spanish government has experiemented with many different approached to motorway control and payment systems. According to Spanish road system expert Maria Angeles Baez, who is based at Granada University, “Faced with the need to improve the road network and the scarcity of financial resources, the state opted for the concession system, which was rolled out in two periods: from 1967-1975 and 1996-2006.”

There can be no denying that reintroducing toll roads would be good for the government coiffers. But the hard fact is, the majority of the Spanish public who drive on them would not be impressed by this decision.

The Practicalities of Funding Motorways in Spain

The motorways in Spain are well regarded for their high quality: but maintaining this quality is expensive. It costs approximately €80,000 per kilometre every year to maintain the motorways in Spain, which puts a huge additional burden onto an already stretched economy.

“It doesn’t make much sense for this maintenance to be footed largely out of the state budget which is ultimately paid for by the public, including those who don’t use the motorways,” the transport minister said.

It is also important to note that, in order to access the EU’s significant covid recovery funds, the government pledged to assess the way the motorways and their maintenance is funded, in order to ensure that they become as self-sufficient as possible. And the easiest (and perhaps only) way to do so is to reintroduce toll roads.

The government is currently in consultation about how this will happen, and there are many options on the table: traditional toll models, or an annual motorway charge sticker which provides access to all motorways for an annual fixed fee (this is the model that is currently used in Switzerland). Another option on the table is the ‘pay per kilometre’ model that is currently being used in France. Whichever model is adopted, one thing’s for sure: we haven’t seen the back of toll roads in Spain yet.

Are you thinking of moving to Spain and taking your car for a spin on the great stretches of well-maintained motorway? Or perhaps you’re just looking for a holiday bolt hole to get away from it all in pure luxury? Whatever your property needs, our local property experts can help. Why not get in touch today to find out more about how we can help you.