May 2022 Update: Everything That Changes About Life in Spain 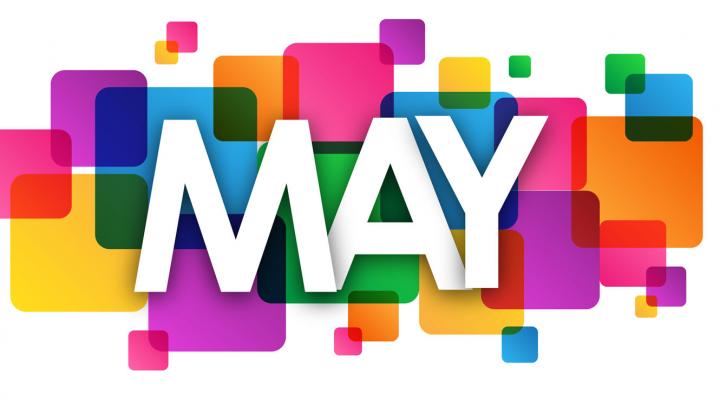 Although April was just a month ago, a lot has happened in Spain since our last update.

For British residents of the country, the biggest change will affect their UK drivers licences, whilst some regions will have a bank holiday to look forward to, and there are plenty of festivals and celebrations to enjoy too.

With that in mind, here’s everything you need to know about life in Spain this May:

UK Driving Licenses Are No Longer Valid in Spain

In what was an unexpected announcement, on 29th April, Spanish authorities revealed that they would not be extending the grace period for British license holders to continue using their driving licenses in Spain. As a result, anyone who has been residing in Spain for more than six months will no longer be able to use their UK license from 1st May 2022. British and Spanish authorities are yet to reach an agreement on what will happen next, and whether a reciprol license agreement will be reached, but in the meantime, it is illegal to drive a vehicle in Spain without a valid license. This means that many Britons in Spain will simply have to stop driving, or take immediate steps to apply for a Spanish driving license.

It’s still unclear whether, in the future, Britons will need to sit their practical and theory driving tests in Spain to drive in the country. There is still hope that an agreement will be reached. But as the grace period for British license holders has not been extended again, at least for the interim they have no other choice.

Will You Enjoy a Bank Holiday This Month?

Some regions of Spain will enjoy a bank holiday this month in honour of International Worker’s Day (Dia de Trabajador) which falls on 1st May. As 1st May is a Sunday this year, seven regions will move the holiday to Monday 2nd May, and give their residents an extra day off work. Those regions are Andalusia, Aragon, Asturias, Castilla y León, Extremadura, Murcia and Madrid.

Spanish Mother's Day falls on Sunday 1st May this year, so if you celebrate Mother’s Day in Spain, don’t forget to buy your mum a card and a bunch of flowers!

File Your Taxes Early Over the Phone

If you’d like to file your annual income tax early, and would rather do this over the phone than online or in person then you can do that now! From 5th May 2022 you will be able to file your annual income tax declaration over the phone by calling 91 757 57 77 or 901 200 347. It is worth noting that this service is only offered in Spanish, so only use it if you are comfortable speaking Spanish on the phone.

If you would rather file your taxes in person then you will have to wait until offices open for this service on 1st June.

Spain’s Minister of Science and Innovation, Diana Morant, has announced that the Spanish vaccine against SARS-CoV-2 (Covid-19) from Hipra laboratories will be marketed at the end of May, provided it gets the green light from the European Medicines Agency. This is the first Spanish vaccine against the virus, and has been partially funded by the Spanish government. It is intended to be a booster shot for adults who have already been fully vaccinated against the virus using another recognised Covid-19 vaccine.

On 30th April, the Spanish government extended their ban on unvaccinated non-EU tourists entering the country. This time the ban has been extended for another two weeks, although it is not clear what will happen after this period. That means non-EU/Schengen adults who reside outside of the EU and haven’t been fully vaccinated against Covid-19 or recently recovered from the illness cannot go on holiday to Spain until at least May 15th.

You cannot circumnavigate this by showing a negative covid test: if you are not vaccinated, and reside outside of the EU, then you simply cannot holiday in Spain.

After months of soaring energy prices really putting the strain on Spanish families and businesses, energy prices are finally expected to fall this month. This is because Spain and Portugal have agreed with the European Commission to set a maximum of €50 for the price of gas over the next 12 months. In real terms, this should lower the average energy bill by between 30 and 40%., although according to sources in Madrid, only around 40 percent of households will benefit from the new system. Businesses will fare better, with between 70 and 80 percent of companies affected by the change.

Finally, a Return to Fiestas

May is often known as festival month in Spain, and many of the country’s most famous and beloved festivals and fiestas will be making a return for the first time since the pandemic this month. You can enjoy Seville’s famous Feria de Abril, which despite its name takes play on 1st and 2nd of May this year. Alternatively, Cordoba’s Fiesta de Los Patios is taking place from 3rd to 15th May. It’s the perfect time of year to get outdoors and fully embrace your local Spanish community and their traditions.

Are you thinking of moving to Spain? Ready to take the plunge and start a whole new life in the sun? Then why not get in touch with our team of locally based property experts, who are perfectly placed to help you turn your dream into a reality.