Malaga, Spain: The Most Underrated City in Spain 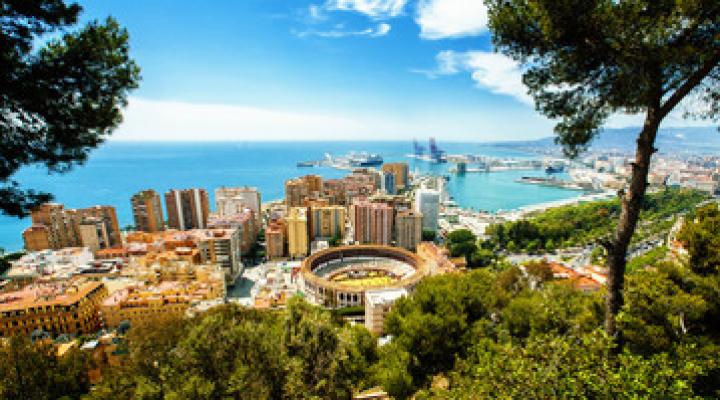 When we think about visiting Spain, most people think of the big-name cities like Barcelona and Madrid or partying in Ibiza. While those places are spectacular, why not visit a well-kept secret, like Malaga. Some people say that this beachfront oasis, which gets 300 days of sunshine a year, is the most underrated city in Spain.

Malaga, Spain should be on your bucket list of cities to visit and if you're planning a visit to Spain in the near future, definitely include this on your journey.

Malaga, Spain: What Makes it Great

Malaga is a city in the Costa del Sol, which is part of the Andalusia region in southern Spain. Costa del Sol literally means "sun coast". This area of Spain gets the most sun and arguably has the best climate in the country.

It Has Great Beaches

Malaga has almost 100 miles of coastline, full of beautiful beaches. The beaches are clean, have facilities such as showers and restrooms, and many are Blue Flag beaches, which meet the highest environmental, safety, and accessibility standards.

It's Rich in History

Malaga is nearly 3000 years old. The history is rich and you can experience the different monuments to Malaga's history throughout the city. The Alcazaba, Roman Theater, and the Gibralfaro Castle all highlight the rich cultural heritage of Malaga.

It's also the birthplace of Picasso. Enjoy works from each of his seven different periods, all the way from his Blue Period to Cubism as the Picasso Museum.

There Are Celebrations Year Round

Spain is a country of fiestas, and Malaga is no exception. The biggest party of the year is in the middle of August. The week-long celebration of Feria de Agosto. This party fills the streets with music and dancing all day and night.

Another huge celebration is during the Easter season. The week before Easter, Holy Week brings religious floats and parades throughout the city. If you do travel to Malaga during one of these celebrations, be warned that many shops and other businesses might be closed.

The Food is Top Notch

Take a break from the sand and water to enjoy seafood at one of the many chiringuitos along the coast. These are inexpensive fish restaurants on the beach where you can find fresh fish, seafood, and meat and salad dishes.

For your fancier dinners, check out one of the many Michel-rated restaurants in Malaga and wash down your meal with Malaga wine, which is from one of the oldest wine regions in the world. Malaga is full of unique and delicious restaurants sure to please any palate.

It's Easy to Get To and Get Around

The Malaga Airport is the fourth-largest in Spain and is served by major airlines. Once you're there, you can easily get around from the Vialia, which is a transportation hub with trains, buses, and high-speed rail around Malaga or to other provinces in Spain.

Leaving On a Jet Plane

We hope you agree that Malaga, Spain might just be the most underrated city in the country. Between the beaches, food, and culture, Malaga is one of Spain's best-kept secrets.

To learn more about Malaga and other cities in the Costa del Sol, check out some of our guides to areas like Marbella. If you end up loving Malaga, we can help you with the moving process and help find a property in Spain to buy or rent.