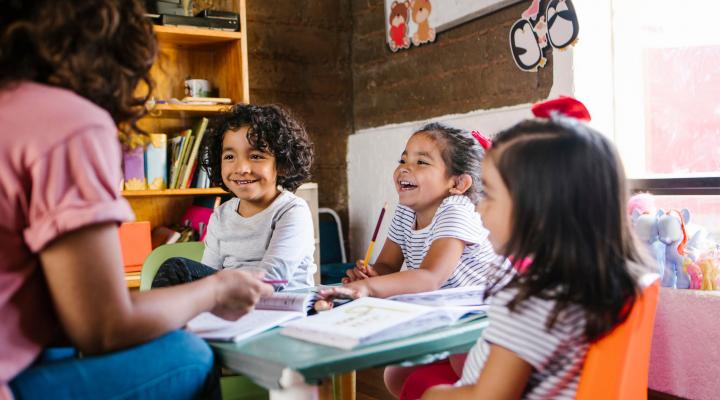 Parents from the UK have long known that the cost of childcare in their native country is prohibitively expensive. But one mum has highlighted just how costly childcare can be by pointing out that spending her child to two weeks of summer club in Spain cost the same as one day at nursery in the UK.

This huge difference was highlighted by Carmen Hernandez, who is a mum of two that currently lives in Glasgow but is originally from Spain. She decided to spend the summer holidays in her native country purely because the equivalent cost of childcare in the UK would have been unattainable for her family. Ms Hernandez spent the summer in Murcia with her parents. She was able to work remotely, and take advantage of reduced childcare costs, enabling her to save money whilst keeping her employment. Ms Hernandez was able to let her children spend the summer in the sunshine with their family, working whilst her daughter attended a council-funded summer camp in Murcia.

Breaking Down the Costs

According to Ms Hernandez, who has lived in Scotland for the last ten years, with her husband and daughter (aged 3) and son (aged 18 months), the cost of the two-week plcement was the same as the day rate she is charged at her daughter’s nursery in the UK. She said: “ “I was shocked and perplexed when I realised after having children how expensive childcare is. I am surprised people in the UK actually have children when childcare is so crazily pricey.”

Ms Hernandez works a four day week in project management in Scotland, and shares that “I knew I could not afford to drop a day without pay as otherwise, I would not have been earning enough to cover the childcare...Having both children in nursery for four days a week costs us about £1,800 a month.”

With her family childcare bill so high, the family decided to move to Spain for the summer holidays, and have been in the county since the end of the children’s school term on 27th June. Having experienced childcare in both countries, Carmen is now sharing her experience because she believes that the UK can learn from the Spanish childcare experience.

“The summer club in Spain cost us just €40 for two weeks – that’s less than what we pay for one day of their nursery in Glasgow where it costs £52 a day per child...It was funded by the local council in Spain and the €40 was more of a token payment to secure the place.” The family have paid £884 to secure their youngest child’s nursery place in the UK during this period, but have still saved money by spending the summer in Spain. The family were able to take advantage of summer holiday childcare in Spain because Ms Hernandez’s parents are Spanish residents, which meant they could secure a spot in the council funded club. The family were also able to save money on rent as they didn’t have any living expenses whilst they were staying with family in Spain.

The Spanish government subsidises the cost of childcare, which is why it’s so much cheaper than in the UK. The discount you will receive from the Spanish government depends on your income, but you can expect to pay between 150 euros and 400 euros per month for a public nursery place. If you choose a private nursery then the cost will be higher: between 400 euros and 1000 euros per month. This is still cheaper than in the UK, where Ms Hernandez is paying 2,100 euros for a fulltime nursery place. She shares: ”We know we are lucky that we can visit my family in Spain and stay with them as otherwise, we would not have been able to go on holiday this year because we would not have been able to afford it,”

Other childcare sessions that are cheaper in Spain are swimming lessons. These are also subsidised by the local council, meaning Ms Hernandez spent just 20 euros for two 45 minute swimming lessons a week for the whole month of July. For comparison, swimming lessons in the UK cost around £15 per lesson.

Have you always dreamt of living in Spain or retiring to Spain and spending summer relaxing by a pool? Whether you’re looking for a villa property in Benalmadena, golden mile properties in Marbella, a remote forest cabin, or bargain property ready for renovation in Andalucia, our local property experts are perfectly placed to turn your dreams into a reality. Why not get in touch to find out more about how we can help you.