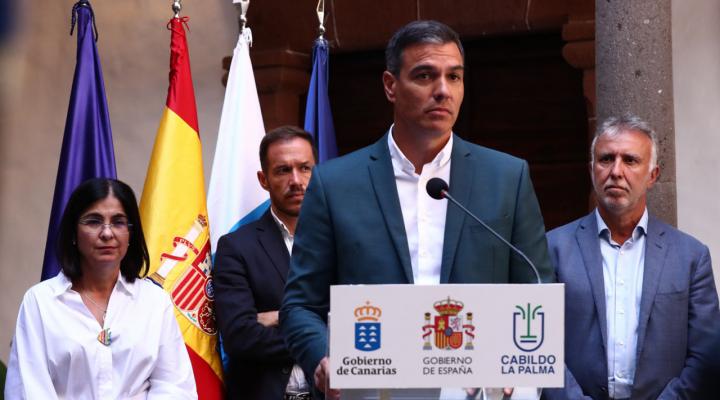 Europe is currently in the grips of a well-publicised energy crisis, which has driven up the price of energy to previously unseen levels. One of the key reasons for this energy crisis is that Spain (and wider) is reducing its dependency on Russian gas at a rapid rate, as a direct result of Russia’s invasion of the Ukraine.

Because of the sanctions that Europe has put in place on Russia in reaction to the war on Ukraine, Russia has retaliated by reducing its deliveries of gas to Europe. This means that European nations are struggling to secure enough supplies to prevent shortages and even outages within their countries this winter, whilst the prices of gas and electricity have soared. This means that consumers are paying more for gas and electricity than they have ever paid before.

But Europe is hoping to reduce its dependence on Russian gas by forging a European gas link, and Spanish Prime Minister Pedro Sanchez has revealed that he hopes a gas pipeline linking the Iberian Peninsula to central Europe through France could soon become a reality. Here’s everything you need to know:

On a recent visit to La Palma, the Canary Islands, Sanchez stated that “Spain has a lot to contribute to help Europe reduce its energy dependence on Russia thanks to our immense regasification capacity.”

Spain is in a better position than many other European countries, because it has already established six liquefied natural gas (LNG) terminals which can be used for processing deliveries made by huge sea tankers back into gas and injecting then them into its pipeline network. However, this process is of limited use to wider Europe at this point, because Spain currently only boasts two low-capacity links to France’s gas network. This means whilst they have their own gas supply, they can’t act as a key player in boosting EU gas imports at this stage.

Could a Pipeline Linking Spain and France Be a Reality?

In response to Sanchez’s comments about the prospective pipeline between Spain and France, German Chancellor Olaf Scholz replied that a pipeline bringing gas from the Iberian Peninsula through France to central Europe could make “a massive contribution” to easing the current gas supply crisis that is having a huge Europe-wide impact. These results have been very welcomed in Spain as, or many years before the Russian/Ukrainian crisis expedited issues, the Spanish government have championed the idea of a pipeline across the Catalan Pyrenees with France. This pipeline would significantly increase transfer capacity, and could be built in just a few months according to Spanish authorities. What’s more, it would also have significant economic benefits for Spain too.

Sanchez said “This is something the Spanish government has been demanding from Europe for a long time now… and we hope we can soon make this dream into a reality...Spain is already showing solidarity with its European partners by exporting energy “and we will do so even more when we improve the energy interconnections.”

How Would the Pipeline Work?

This isn’t the first time a pipeline between Spain and France has been proposed, so we already have a precedent in place for what it should look like. According to proposals, the pipeline would be similar to the defunct MidCat project, which also sought to link Spain to France. This campaign was stopped in 2019 as a result of both opposition from environmental groups along the pipeline, as well as a lack of funds.

Spain’s gas network operator Enagas said last week it could have the Spanish section of the pipeline ready within “eight or nine months”. This would not be enough to ease the energy crisis this winter, but it would significantly reduce European dependency on Russia in the long term.