Immigration Tightens As Brits Refused Entrance to Spain Via Gibraltar 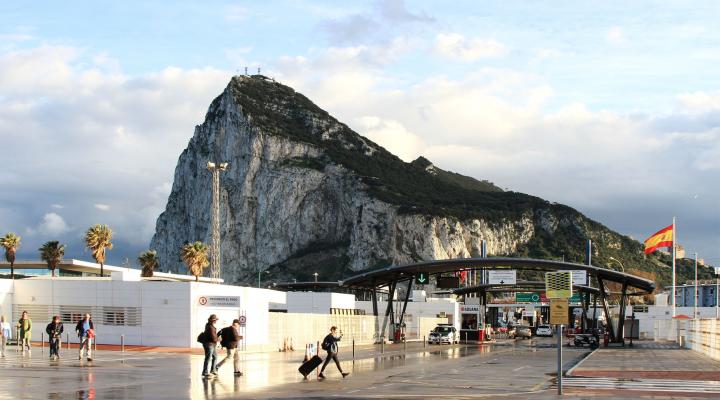 More than 10,000 Spaniards and Gibraltarians cross between Spain and Gibraltar each day, both for work and tourism reasons. But there are incoming reports of confusion and delays on the Gibraltar border right now, with many Brits and other non-EU citizens being denied entry to the country due to stricter border controls being implemented.

This update is issued due to reports from a number of British nationals who were denied entry into Gibraltar by the region’s border officials. Those Britons who were given entry to the country were asked to provide evidence of their hotel reservations, onward travel when those reservations ended, and return tickets back to the UK. Some Britons were also asked to demonstrate that they had sufficient funds available to cover their stay.

What is Happening in Gibraltar?

In recent years, there has been a lot of confusion about Gibraltar, with the territory serving as a political football between the British and Spanish governments.  Gibraltar has been a British soverign state since 1713, and in referendums held in both 1968 and 2002 the people of Gibraltar voted overwhelmingly to remain British, rather than accept Spanish sovereignty.  But the UK’s decision to leave the EU has caused many complications for both trade and immigration in the country. It is not clear who is implementing the tightening of immigration controls that are being reported, both by the media and by firsthand accounts.

For Gibraltar’s First Minister, Fabian Picardo, the tightening immigration into his country was unexpected. In a widely published tweet he stated that his administration would be discussing the matter with the Spanish authorities, as well as the UK government. The tweet stated clearly that the Gibraltarian government had received “reports of a change in approach to non-Gibraltarian, Third Country Nationals, crossing the frontier into Spain...We will be taking up these issues with the UK and Spanish authorities.”

How is This Impacting Britons and Other Non-EU Nationals?

As well as being asked to demonstrate their hotel bookings, proof of onward travel and/or return ticket home, it has been reported that many Britons are being ‘pressed hard’ to demonstrate that they had significant funds to enter the country: according to anecdotal reports from one British tourist “At the border, we had to prove we had €100 per day per person for the duration of our stay. The woman officer was apologetic but said she had to see enough for the ten days we planned to be in Spain either in cash or in a bank account,”

Whilst the change in process is clear from this abundance of anecdotal evidence, the Spanish Policia Nacional continue to insist that nothing has changed in the border process in Gibraltar, and that the process will not change until the current talks between the two governments are resolved and an agreement is reached.

When Will the Situation Be Resolved?

The Spanish and British governments are currently undertaking talks about what will happen in Gibraltar now that Briton is no longer part of the EU. Because these negotiations are ongoing, we don’t yet know  whether Gibraltar will enjoy a special arrangement that will allow non-EU citizens easier access into Spain and the rest of the Schengen area. Given the current situation in the country, it seems unlikely that this is what the Spanish government want. But with a huge number of visitors entering Gibraltar everyday (from Briton and the wider world, as well as over 10,000 Spaniards and Gibraltarians) it is hoped that an agreement can be reached sooner rather than later.

According to a source close to the negotiations, the border interactions we are seeing now should not be taking place. The source stated that “we have had temporary bridging measures agreed with Spain about how the frontier operates” until an agreement is made, but that “it seems these bridging measures were not respected” this week. What remains to be seen is what further complications we can expect to see at the border.

Are you thinking of moving to Spain? Whether you want to travel from spot to spot and enjoy everything is culturally diverse location has to offer, or you’re just looking for somewhere quiet and warm to enjoy your retirement, our locally based property experts can help. Why not get in touch today to find out more about how we can help you find the home of your dreams.