How To Protect Your Spanish Home From Squatters 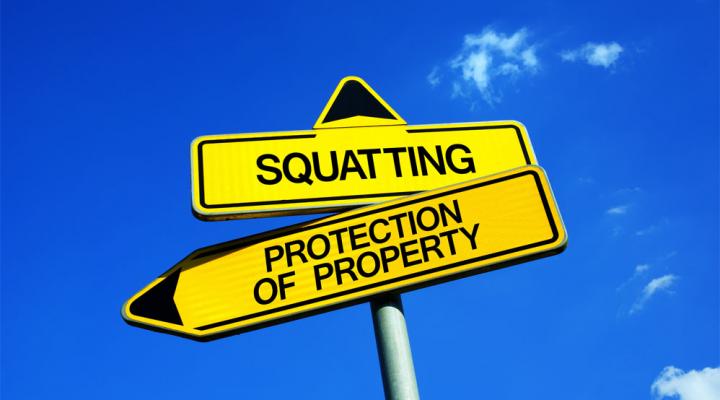 If you own a property in Spain but don’t live in it on a permanent basis then you may be wondering how you can ensure that your property is safe when you’re not there. You may even be concerned that your home will become one of the 14,000 Spanish properties that were illegally occupied by squatters in the country in 2019. Spain has a big problem with squatters (known in the country as okupas) and the problem has only grown in recent years.

Understanding the Problem with Illegal Occupation

There are two main reasons why squatting has grown in Spain: firstly, there are a huge number of empty properties in the country. This figure was calculated to be more than 3.4 million, according to the most recent government census. Secondly, squatters have more legal rights in Spain than in any other country, and this hinders the speedy eviction of those who illegally occupy homes they do not own.

So how big is the problem? Well, according to the Interior Ministry’s Statistical Crime System (SEC), 13,006 properties were illegally occupied in Spain in 2020. This figure is slightly lower than the 14,621 properties that were illegally occupied in 2019, and the number was at its peak in 2015, when it stood at 22,461. The coronavirus crisis, and its subsequent travel restrictions, has led to more empty properties along the coast than ever before, and we are now seeing squatters taking advantage of this.

All over Spain, squatters are taking control of homes and buildings in residential areas. As well as occupying them, some are even having the audacity to try and sell these properties on to unsuspecting househunters. Nowhere is safe from the trend, but Catalonia is by far the worst-hit region: police in the area have received more than 6,259 complaints from property owners in 2020, which is 500 more cases than during the same period last year. It’s a very real problem, and one which divides Spaniards, with many considering squatting an abhorrent crime whilst others see it as a consequence of the housing crisis the country is currently facing.

The first thing you need to know is that it is a crime to illegally occupy someone else's property in Spain. It is formally stated in article 245 of Spain’s Penal Code: “Whoever occupies, without due authorisation, a property, dwelling or building belonging to someone else and which does not constitute their residence, or remains in the property against the will of the owner, will be punished with up to three to six months of prison”.

The letter of the law and the reality of the situation, however, are very different. Because sentences of under two years don’t actually lead to any prison time in Spain, for example, this does not serve as a deterrent to squatters. What’s more, in Spanish law there is a differentiation between “usurpación” (misappropriation) and “allanamiento de morada” (breaking and entering), and if a property is unoccupied the former rarely applies.

Another issue that makes squatting appealing to squatters (and frustrating to home owners) is that the criminal process for these matters can take  between 9 to 18 months on average and they are arduous and time consuming. Squatters can even be granted the same rights as homeowners who the banks want to evict for not paying their mortgages, meaning the legal homeowners claim could even be rejected.

What to do if Your Home is Occupied by Squatters

If you’re unlucky enough to find your home occupied by squatters than what you do in the first 48 hours are crucial. If you can prove that squatters moved into your property within this two-day period, you can take the matter to the police and they can evict the okupas without a warrant. This is the best and easiest route to remove squatters from your home.

Have 48 hours already passed? Then you will require a warrant to evict your squatters and the lengthy legal process begins. The steps in these circumstances are outlined below:

Wondering how much it will all cost? Legal costs for homeowners who find themselves in this ordeal depend on the type of property and lawyer that you choose but they will usually run between €600 and €3,000.

Are there any legal loopholes homeowners can exploit?

Don’t want to go through an expensive and time consuming legal process? Some homeowners in this situation simply call the police and tell them that there are burglars in their home. This enables the police to enter the property using force, even if they don’t have a warrant.

Another option is to contact a sympathetic locksmith. Spend time identifying the squatters and taking notice of their comings and goings. As soon as they have left the property, your locksmith can change the locks, giving you full access to your property again, and enabling you to reclaim what’s rightfully yours.

Finally, if you’re really desperate to reclaim your home then you could contact one of numerous anti-squatter security agencies currently operating in Spain. These organizations specialise in negotiating with the illegal occupants to leave the property and setting up 24-hour surveillance ,and although this often involves some low level intimidation, this falls within the limits of the law in Spain.

Are you currently looking for your dream Spanish villa or apartment on the Costa Del Sol? The team at Right Casa real estate agency is perfectly placed to offer all of the help and support you need. Why not get in touch today?