How to Buy a Used Car in Spain: The Spanish Phrases You Need to Know 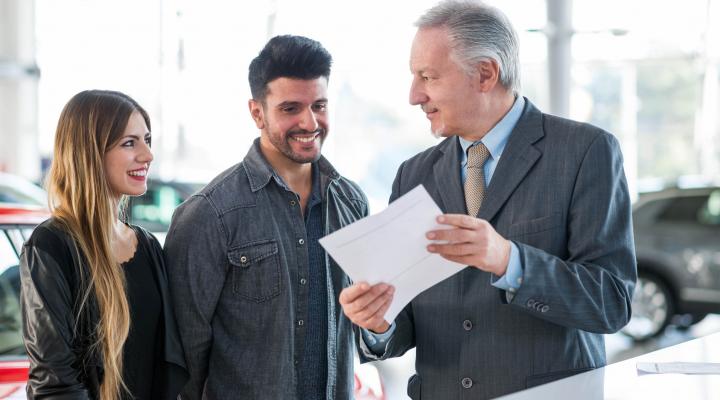 If you’re buying a car in Spain and the car you’re interested in is second hand then it’s important to ask all the right questions (and haggle on the price) before you shake hands and make a deal. If you’re wondering how to buy a used car in Spain then you’ll need to know the right things to ask and, because of your location, you’ll need to be able to ask them in Spanish! To help you on your journey to buying a car in Spain, here are nine Spanish phrases you need to know:

1. ¿Cuántos kilómetros tiene el coche?
(This means: how many kilometres does it have on the clock?)

It’s important to know the mileage of a car before you agree to buy it. A car’s mileage will give you an indication of whether or not it will need any work in the near-future, and it will also provide an objective way for you to determine the price you think is fair for the vehicle. If you think that the mileage a vehicle is showing is incorrect, or has been altered in some way, then you can visit a website to get an estimate of a vehicle’s mileage based on its registration date: but if an odometer has been fiddled with then this could be a sign that the vehicle is not for you: after all, how could you know what else has been fiddled with?

Generally, an acceptable car has less than 150,000 km on the clock: a car older than this isn’t likely to last much longer.

Here’s where they should say que va mal (what’s wrong) with the car, if at all and if they’re honest. If the seller says the car’s condition is excelente or bueno (excellent or good) then it’s obviously a good sign.  If they say it’s in un estado normal (normal condition) they may not know the true value of the car they’re selling.

3. ¿A quién le compraste este vehículo? Who did you buy this vehicle from?

The fewer the owners the better, so if the seller is the primer propietario (first owner) the better the chances of it having been badly treated by more people.

They may say they bought it from a concesionario (car showroom), and if it was nuevo (new) or de segunda mano (second hand).

This may also be a good time to ask ¿dónde has vivido mientras has sido dueño de este coche? (where have you lived while owning this car?) to know if the vehicle has had to endure bitter cold winters or scorching hot summers, or if it’s been driven in a coastal area where it may have picked up rust (óxido).

You can also request a record of the vehicle’s history from the DGT to make doubly sure they’re telling the truth.

This is one of the surest ways to find out if the car has been in an accidente (accident) and suffered daños (damage) that could creep up on you when driving the vehicle in future.

You should ask to see el libro de revisiones (the car’s service log book) where a responsible driver should have written down any issues the car may have had. It’ll be much harder for a seller to miss out certain shortcomings if they show you written proof of the vehicle’s service history, oil change receipts and other documents showing why it’s been taken to the garage or that it’s passed the ITV (Spain’s roadworthiness test).

A new service called Carfax which allows you to check all this is starting to gain popularity in Spain.

5. ¿Qué tipo de aceite utilizas en el coche? What type of oil do you use in the car?

This is in fact a good way of finding out how much TLC the vehicle has received from its previous owner; the more they know the greater the possibility that they’ve taken good care of the car. Buying a car in Spain is about trust, and the more questions you ask the more you will be able to ascertain how honest and trustworthy the seller is being.

Even if you don’t have a mechanic, this is sure way of quickly ascertaining whether the seller is not giving you the full picture. Obviously if they’re more than willing it’s a good sign and if come up with some sort of excuse it’s a reason to stop inquiring about the car.

If you’re not a car expert, it may actually be worth getting a mechanic to check the car inside out. Otherwise, look for obvious signs of repaired damage, study all four tires carefully, look under the hood, and start the engine but keep it idling so you can check for any smoke, strange noises, leaks etc.

This may seem irrelevant but there are many people in Spain just as there are in other countries who make a living from buying old bangers, doing them up and selling them at a premium. That’s not to say that none of them can be trusted, but they will obviously understand the used car market better than you and may well know how to camouflage some of the vehicle’s shortcomings.

A vendedor particular (private seller) who isn’t selling cars on a regular basis is more likely to not know all the tricks of the trade.