How Sweet It Is: 5 Delicious Spanish Desserts 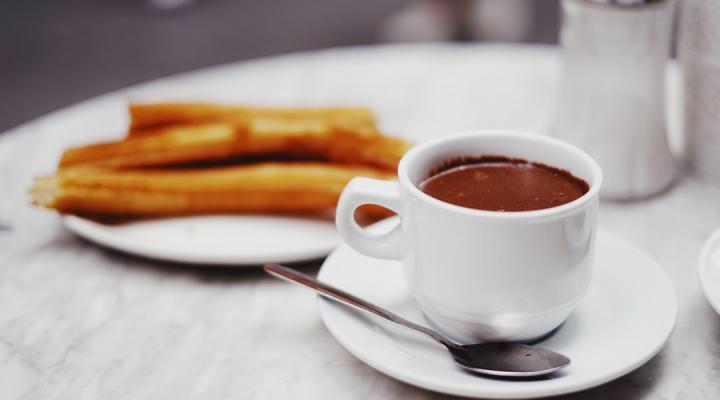 When you think of eating out in Spain, it's easy to get lost in the many delicious savoury specialities that the country has to offer; Tortilla Espanola, Paella, Pisto, or the many wonderful selections available in Tapas bars.

But before you order another main course, take a moment to look at this list of amazing Spanish desserts. They're the perfect way to finish off a meal if you are considering living in Spain!

Also known as Crema de Saint Josep, this dish of creamy custard topped with caramelized sugar is similar to the French Crème Brulée. Originally made for the feast of St Joseph in March, this is one of those traditional Spanish desserts that is deliciously simple.

Unlike the French version, a Crema Catalana is made with milk, not cream, and is often infused with the citrus flavours that are such a big part of Spanish cooking. It isn't baked in a Bain Marie, making it a little easier to prepare if you fancy trying it at home in your villa or apartment.

These little deep-fried Spanish pastries are gaining popularity in other parts of the world. The flavour is not dissimilar to doughnuts, but rather than being produced in a ring shape, they are piped into spiky tubes and cut to length. Churros are often served warm, with a dipping sauce and topped with sugar or honey.

Although they're part of our Spanish desserts list, they are eaten by locals at any time of day including breakfast and as a snack food. Dips include hot chocolate, melted chocolate, and dulce de leche, but you might also seem them bring dunked into a cup of coffee.

Like Crema Catalana, Flan is a milk-based dessert that has a lot in common with the French Crème Caramel. Made with whole milk or cream set with eggs, it has a delicious caramelized topping. It's a simple enough recipe that it can be made at home.

If you've only ever tried a New York style cheesecake with a biscuit base and creamy topping, then you are in for a surprise with this traditional Spanish dessert. A Tara de Queso is made with cream, soft cheese, curds, yoghurt, and eggs and baked in the oven. It isn't as sweet as more modern versions of cheesecake, but it is delightfully tangy and light in texture.

Membrilo is a very thick set jam that is made from Quince, a yellow fruit that has golden skin. Its bitter taste means its rarely eaten but is used widely in preserves. The sweet and tart flavour makes it perfect for setting off the taste of cheese. This can be presented simply or layered up to make a pretty canape-style desert.

Although these foods can be recreated in any country of the world, there is something very special about eating Spanish desserts while sitting on a terrace enjoying the warmth of the sun. If that sounds like the sort of experience you're looking for, please get in touch today to see if we can help you find the property of your dreams.