The number of Spanish home sales inscribed in the Land Registry fell by 2% in March compared to the same time last year, according to figures just released by the National Institute of Statistics (INE). Numbers from the Association of Spanish Notaries for sales complete in March also show a decline for the first time in months. 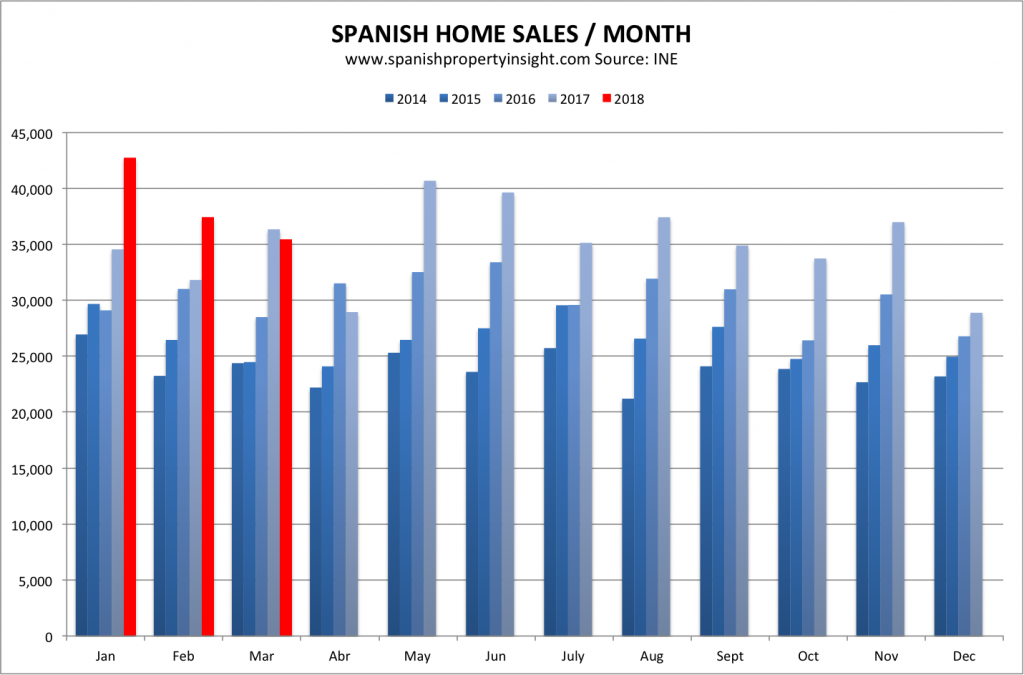 Sales are inscribed in the land registry between one and three months after completion, so these figures lag the market. More timely figures from the Association of Spanish Notaries for home sales that took place in March were down 2.7%, though on a seasonally adjusted basis transactions were up 3.1% (Easter was in March this year, April last year). The figures from the INE might also have been in positive territory on a seasonally adjusted basis. Nonetheless, the numbers suggest the market slowed down in the lead up to March after months of double-digit growth.

New home sales inscribed in March were down 4%, and resales down 2%, the first decline on both fronts since April 2017. But once again, on a seasonally adjusted basis, both figures might been positive. 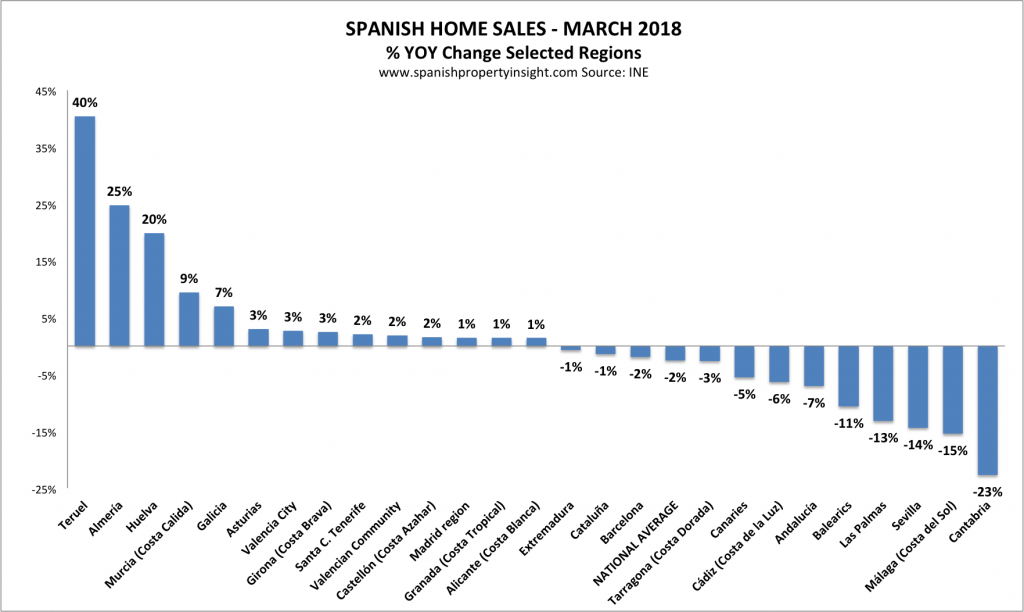 The regional picture is the most interesting. Sales were down 15% in Malaga province, home to the Costa del Sol, driven by a 49% decline in new home sales – too big to be a question of seasonality. What lies behind this decline? It might be a one-off, in which case we will have to see what happens in the next couple of months. Or it might be due to a shortage of finished new homes for sale, as off-plan sales are not counted in these figures. Resales, for their part, were up 1%, suggesting it was not a question of a big decline in demand.

Sales in the Balearics were down 11% driven by a 14% decline in resales that a 2% rise in new homes sales was not big enough to compensate for.

At the other end of the scale, sales increased by 20% or more in Huelva, Almeria, and Teruel, all small markets where a small increase in sales can lead to big percentage increases.

The market in Madrid, the bellwether for Spain, was up 1%, with resales up 4% and new home sales down 9% (excluding off-plan sales).

All in all the market appears to have cooled in the lead up to March after many months of double digit growth (with the exception of Catalan provinces where the political situation is a unique factor). A one-off or the start of a new trend? Most likely the former, though we won’t have to wait long to find out.

Travelling From the UK: Will Spain be on the Green List?

High-Speed Rail Between Malaga and Granada is Coming!