High-Speed Rail Between Malaga and Granada is Coming! 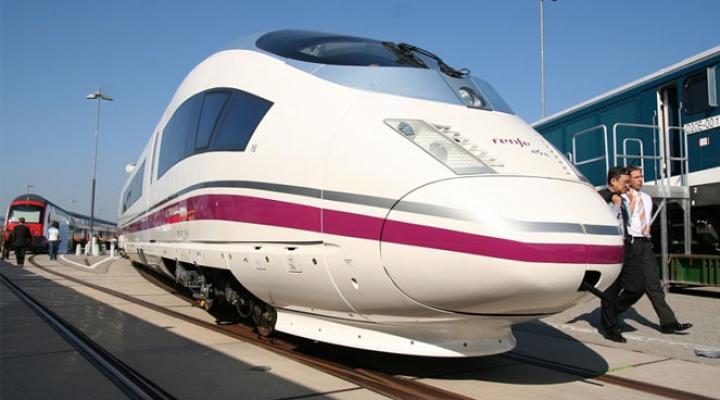 If you regularly travel between Malaga and Granada then your journey is about to get easier, and your journey time will almost-certainly be shorter!

From 4th April 2022, the two popular Spanish cities will be connected by a high-speed rail service that is being operated by the RENFE rail network.

Here’s everything you need to know about the route, and what it might mean for you:

Key Facts About the New Service

In a statement released before the new high-speed route is launched, it was confirmed that there would be stops on the route, and that the train would not pass directly between the two cities. The statement said "They will all make intermediate stops in Loja and, when it comes into service, they will also do so at the future Antequera Alta Velocidad station." The railway company responsible for the route also stated that "this initial offer will be increased in a second phase with a train plus in each direction as decreed in the Public Service Obligation contract that Renfe maintains with the General State Administration".

What Are the Train Schedules for the New Route?

Of course, before you can decide if the new high-speed train route between Malaga and Granada will work for you, you need to better understand the train schedules. Please be aware that these are subject to change, but the times currently released by the rail company are that the train departing Malaga at 9:25 am will stop in Loja at 10:16 am and arrive in the capital of Granada at 10:37 am. The train that departs from Malaga at 8:25 pm, will arrive in Loja at 9:16 pm and in Granada at 9:37 pm.

Is It Worth Travelling by Train?

The near-prohibitive cost of fuel right now means that more and more people are looking to alternative modes of transport. Whilst the journey times between the two cities is likely to be the same whether you travel by train or by car, many will find rail travel both more comfortable and more affordable. At the most basic level, a one-way ticket will cost 23.10 euros, whilst a round trip (return) will be 37 euros. The price drops significantly the more you travel, however, and from April 3, Renfe is also going to market passes that include the Plus Card, Plus 10 Card, Plus 10-45 Card or Plus 50 Trip Card. The latter being designed for people who are going to take that train a lot, and drops the cost to 8.5 euros per single journey.

Renfe identifies that "the objective of the Avant services is to extend the benefits of high speed between nearby towns, to offer journeys with high levels of comfort, safety and very competitive travel times compared to other modes of transport that favour recurrent use of the train both for work/study and leisure reasons.

“There will be tastes for everything, people who prefer to go by train, others by car and many who will use both methods depending on their needs. The important thing is that this service is already up and running and that it opens up another possibility for people from Malaga, Granada and tourists who want to see both cities”.

Are you thinking of moving to Spain? Ready to drive into the sunset and towards the Spanish home of your dreams? Then why not get in touch with our estate agents on the Costa Del Sol, Spain. Right Casa Estates are the premier property experts on the Costa del Sol, with years of experience and who are perfectly placed to assist you with your Spanish property search.