Following the Sun: The Hottest Places in Spain 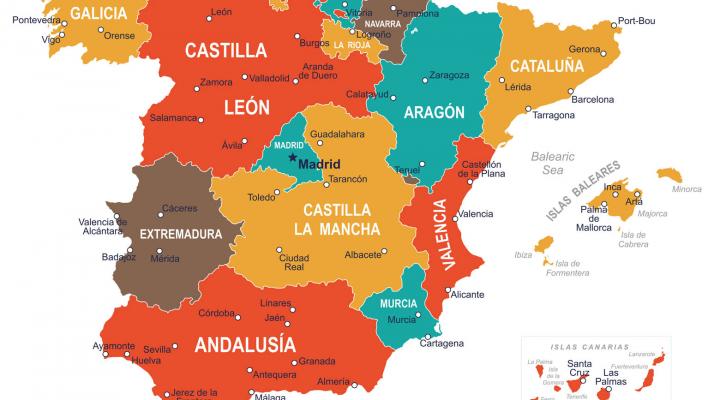 Spain is well known for its sun, sea, and sand, but even for a country of eternal sunshine, the weather is unseasonably hot right now. Summer has arrived early, with temperatures in Seville currently hovering around the mid-30s and temperatures in Madrid also hitting 30 degrees this week.

The fact that Spain gets hot in the summer is hardly breaking news. It’s one of the reasons so many thousands of Brits choose to visit the country every year. But if you’re looking for the places where temperatures really soar in the summer, or the regions that stay hot in the winter, then these comprehensive lists will help you to find your perfect spot. Here are the hottest places in Spain:

The Cities with the Highest Average Summer Temperatures in Spain

Much of Spain is hot during the summer, and whilst coastal regions like Andalusia and Extremadura are most famous for their sweltering summers, interior cities such as Madrid, Zaragoza, and Toledo can also really feel the heat during the summer months. To top this list, in a country full of heat, temperatures have to be consistently high for an extended period of time. Here are the five cities in Spain with the highest average August temperatures:

The Cities with the Highest Average Winter Temperatures in Spain

How Hot Could It Get in Spain?

Whilst the figures outlined above look at average temperatures, temperatures in Spain often far exceed these averages, particularly during the summer months. If we look through the Spanish record books then single day temperatures have exceeded an incredibly sweltering 45 degrees Celsius on several occasions. For example:

Whilst these figures are taken from the official record books, there are unofficial records of temperatures reaching incredible temperatures of 51 °C and 50 °C in Seville in July 1876 and August 1881 respectively. Unfortunately, these recordings were not made accurately, and therefore are not included in the record books: but if you’ve ever spent summer in Seville then you’ll know that these sweltering temperatures feel incredibly achievable!

Want to spend your days enjoying the Spanish heat, no matter what the time of year? We can help you with your Spanish property search. You’ll be living in your dream home in Spain in no time!