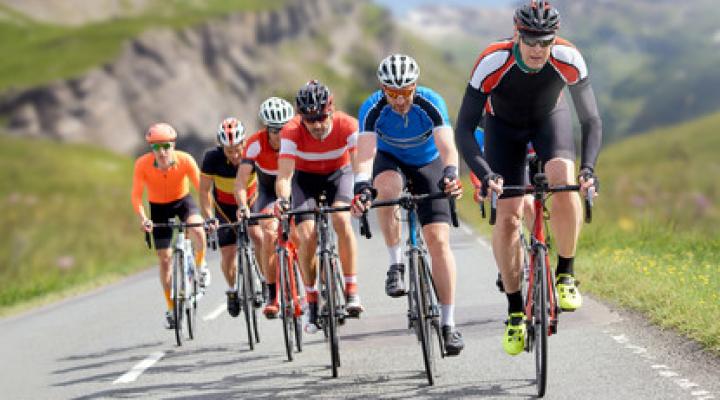 There’s no better time to get on your bike and explore the best that Spain has to offer. Much easier to navigate than public transport, and better for your health, cycling is big business in Spain: 20% of the people living in the country listing the bicycle as their primary mode of transport, whilst in some Spanish cities such as Valencia, Vitoria and Zaragoza that figure rises dramatically and well exceeds 45%. And with miles of cycling paths and cycling tracks available, there’s a reason cycling is the most widely practiced sport in Spain!

Whether you’re looking for mountain routes with incredible views or city treks combining the freedom of cycling with some of the finest sightseeing Spain has to offer, here are some of our favourite cycling routes that everyone visiting Spain should experience:

If you’re looking for an epic adventure then the TransAndalus trail, which spans Adalucia, is a great place to start. Designed specifically for mountain bikes, and certainly not for the faint hearted, this is a 2,000km (1,240 miles) long circuit, although you can choose to cycle smaller segments of the route, and cherry pick the aspects of the trail that interest you the most. If you were to ride the whole trail, then you would pass through the eight provinces with views of many natural sights, such as the Sierra Nevada, Doñana and Cabo de Gata national parks.

The Camino de Santiago de Compostela (known in English as the Way of St James) is a world-famous pilgrim route. But it isn’t only popular with pilgrims on foot: cyclists are also invited to enjoy the adventure! The route leads to the shrine of the apostle Saint James the Great in the cathedral of Santiago de Compostela in Galicia in northwestern Spain, and all cyclists that complete a minimum of 200km of the route will be issued with a much coveted Pilgrimage Certificate.

Madrid is a bike-friendly city, with hundreds of miles of cycle paths taking you past many of the city’s attractions, and beyond. But if you’re in Madrid and looking for something a little different, why not try the Verde Tajuna? This cycle path is a converted abandoned railway line, and offers a wonderful escape from the urban jungle for those living in the city. You can either cycle to the start of the route, or hop on the metro (you’ll find the path at the last stop on Metro line 9 (Arganda del Rey).

Most people don’t think ‘cycle path’ when they think of Lanzarote, but actually it is a magnificent place to take your bike. You can ride through the land of volcanoes -Timanfaya National Park. Attrctive to all types of cyclists, but especially mountain bikers, there is an 8km downhill track through the island’s unique landscapes and lava fields, an incredible ascent which makes the journey to the top worth the effort.

Compared to some of the other more epic routes on this list, the 22mile long Via Verde de la Sierra route is relatively short. It runs from the village of Puerto Serrano in the province of Cadiz to Olvera, a small village north-east of Ronda. This makes it ideal for families, which is why it is worthy of a spot on this list: the route goes through 30 tunnels and 4 viaducts as well as valleys and riverbanks, making it an exciting experience for children. What's more, if the little ones are too tired then the region has an abundance of taxis with bicycle racks available for the return journey.

Some people love to cycle in the mountains and some people love to cycle near the sea. If you prefer an ocean view then the path that runs from the 16 miles between San Juan beach and El Campello village is the ideal choice for you. A relaxing ride with plenty of downhill segments, you’ll spend your whole journey with views of the Mediterranean sea. As an added bonus, you can cool down and take a dip at the Coveta Fuma cove as a reward for a ride well done!

Looking to explore Catalonia's capital in a brand-new way? Instead of seeing the sights close up why not get a birds eye view of them instead by seeing them from the seat of your bike. You can take a  9km (5.5 mile) dirt track through Collsera Natural Park, which is located on the outskirts of the city. It’s known to get very busy at weekends, so either visit mid-week or get there early to avoid the crowds.

Are you thinking of moving to Spain? Whether you’re looking to permanently relocate or simply find the perfect holiday bolt hole, our team of property experts can help. Why not get in touch today to see how we can use our local knowledge to turn your dream into a reality.