Fantastic Spanish Attractions You Must Visit 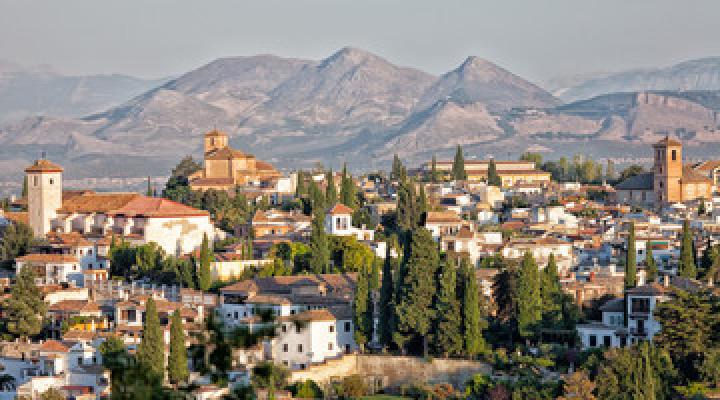 Spain is a culturally rich country cram-packed with incredible tourist attractions. There’s so much to see and do that it would be impossible to squeeze everything that Spain has to offer into just one two-week holiday. In fact, even those people lucky enough to live in Spain are unlikely to see and enjoy all of the incredible sights and enrichment opportunities that it has to offer. Whether you have a passion for history, get excited by architecture, or just can’t walk past delicious smelling street foods, there’s a Spain for you!

With that in mind, here is our list of the very best of the best Spanish attractions that everyone should visit at least once in their lifetimes. Start adding them to your bucket list now!

The Secret Side of Costa Brava

Costa Brava already has a well-deserved reputation for having some of the most beautiful beaches in Spain: vast expanses of stunning coastline that stretches on for an incredible 133 miles. But if the thought of the crowds that are attracted by this excellent reputation put you off visiting the Costa Brava then we have good news. There are plentiful hidden parts of the region that have been largely untouched by mass tourism.

Why not find a local sailor (or hire a boat if you’re already a competent sailor yourself) and visit one the myriad of hidden bays along the coast that are only accessible by boat.

Alternatively, you can head to Port Lligat, which is where Salvador Dali and his wife lived and worked. If you have an interest in the life and work of Dali then from here you could make your way to Figueres, which is where Dali was born, and is now the location of the world-famous Dali Theatre-Museum: Dali himself is buried under the stage.

If your passion is ancient culture then Ampurias is the ideal site for you: this is Spain’s most important Greek archaeological site, and it is located in the heart of the Costa Brava.

If you have a passion for the world of cinema then Almeria should be at the top of your list of places to see. Amid the arid desert and mountains of Southern Spain, this location is where dozens of the world’s most well-loved films were made. Titles such as Lawrence of Arabia, Cleopatra, Indiana Jones and Clint Eastwood’s spaghetti westerns A Fistful of Dollars and The Good, The Bad and the Ugly, were all filmed (at least in part) in Almeria.

If you choose to make the pilgrimage to the attraction then you are able to see the original sets and faux western towns as you travel the 66-kilometre route through the Tabernas Desert and Sierra Alhamilla Mountains. The culmination of your journey will be a trip to Parque Oasys, sometimes known as Mini Hollywood, which is a kind of theme park dedicated to the western history of the area.

Art fans shouldn’t miss the opportunity to visit Spain’s Guggenheim Museum, which is located in Bilbao. The name Guggenheim has long been associated with modern art, and there are Guggenheim Museums located all over the world, including in New York and Venice. But the Museum in Bilbao stands out above the rest not only because of the art it contains, but because of the structure itself, which has been described as one of the most important structures of our time.

It features soaring titanium curves that attract visitors from all over the world: combined with the beauty of Bilbao itself, and this museum really should soar straight to the top of your must-visit list!

Witness the Running of the Bulls

One of the most iconic images that most people think of when they imagine Spain is the Running of the Bulls. This event takes place every year in Pamplona, which is situated in Northern Spain. Whilst the city itself is beautiful, and steeped in history, with plenty of desirable Gothic architecture, most tourists choose to visit in July for the Fiesta de san Fermin and the infamous running of the bulls. It really is as dangerous as it sounds! Locals and tourists alike gather to run in front of a herd of stampeding bulls as they are set loose through the narrow, cobbled streets of the city.

Hundreds of thousands of visitors visit each year, dressed head to toe in red and white (the traditional colours of the festival) to try their luck at outrunning a bull. When you tire of the excitement, there are also plenty of excellent restaurants and tapas bars where you can relax and watch everyone else enjoy the run.

Situated in Granada, the Alhambra Palace and Fort is one of the greatest examples of Moorish architecture in Spain, and is such an impressive attraction that it has been declared a UNESCO World Heritage Site. In spite of its incredible scale, and its imposing position at the top of a hill, the Palace is elegant and cram-packed with intricate details which means it would be impossible to explore it all in just one day.

Alhambra was originally built as a fortress and later converted into a royal palace by Yusuf I, Sultan of Granada, meaning that it shares many similarities with both fortresses and palaces of the period, meaning that you are effectively getting two for one in this attraction! Featuring traditional Arabic inscriptions and geometric designs, Alhambra really is a magnificent sight, and one that you will never forget (or regret) visiting.

Arguably one of the most famous Spanish cities, Barcelona is the place to visit if you’re looking for nightlife, culture and shopping. Barcelona is home to so many incredible tourist attractions that it is almost impossible to discuss them all, but some highlights not to be missed include the Gothic Quarter, the Picasso Museum, which is home to some of the artists most interesting and well known early works, and of course, the La Sagrada Familia. Although unfinished, this cathedral is Antoni Gaudí’s greatest legacies, and it is an incredible sight to behold. Whimsical, fantastical, decadent: it is awe inspiring, and impossible to take in all the details in just one visit.

Of course, you couldn’t talk about Barcelona without  also mentioning the city’s incredible restaurants, bars, and nightlife. If you’re going to spend a day in Barcelona then be sure to spend an evening there too!

Madrid is the capital of Spain and situated in the dead-centre of the country, but don’t visit the city because it’s the nation’s capital. Visit because there’s so much to see and do! Madrid is the perfect all rounder, offering a blend of great restaurants, world class museums, and historical attractions. the historic old town, Madrid de los Austrias, the city main square Plaza Mayor and the embellished Royal Palace are all essential visiting for history buffs, whilst the city is home to more than 70 museums. A weekend in Madrid just wouldn’t be enough time to see it all.

Walk the Way of St James

Finally, if exercise is your passion, and you’d like to combine this with learning more about the history of Spain, then why not walk the Way of St James? This is a pilgrim’s route to the beautiful city of Santiago de Compostela, the capital of Galicia that has been used since the 9th Century. The route is an incredible 500 miles long, so you might not choose to explore it all, but it is incredibly popular with both hikers and cyclists who explore the traditional route in chunks. Hiking in May, June, September and October typically offers moderate temperatures and lower hiker volume, making this the ideal time to choose unless you want your journey to coincide with any particular religious festival.

Are you thinking of moving to Spain? Always dreamt of owning your own piece of Spanish paradise? Why not get in touch with our local property experts today? With years of local experience, we’re perfectly placed to help you find the ideal home for you.